It was the biggest June on record. Nearly 30,000 firearms were sold last month as counted by approved background checks, a 30 percent increase over June of last year. 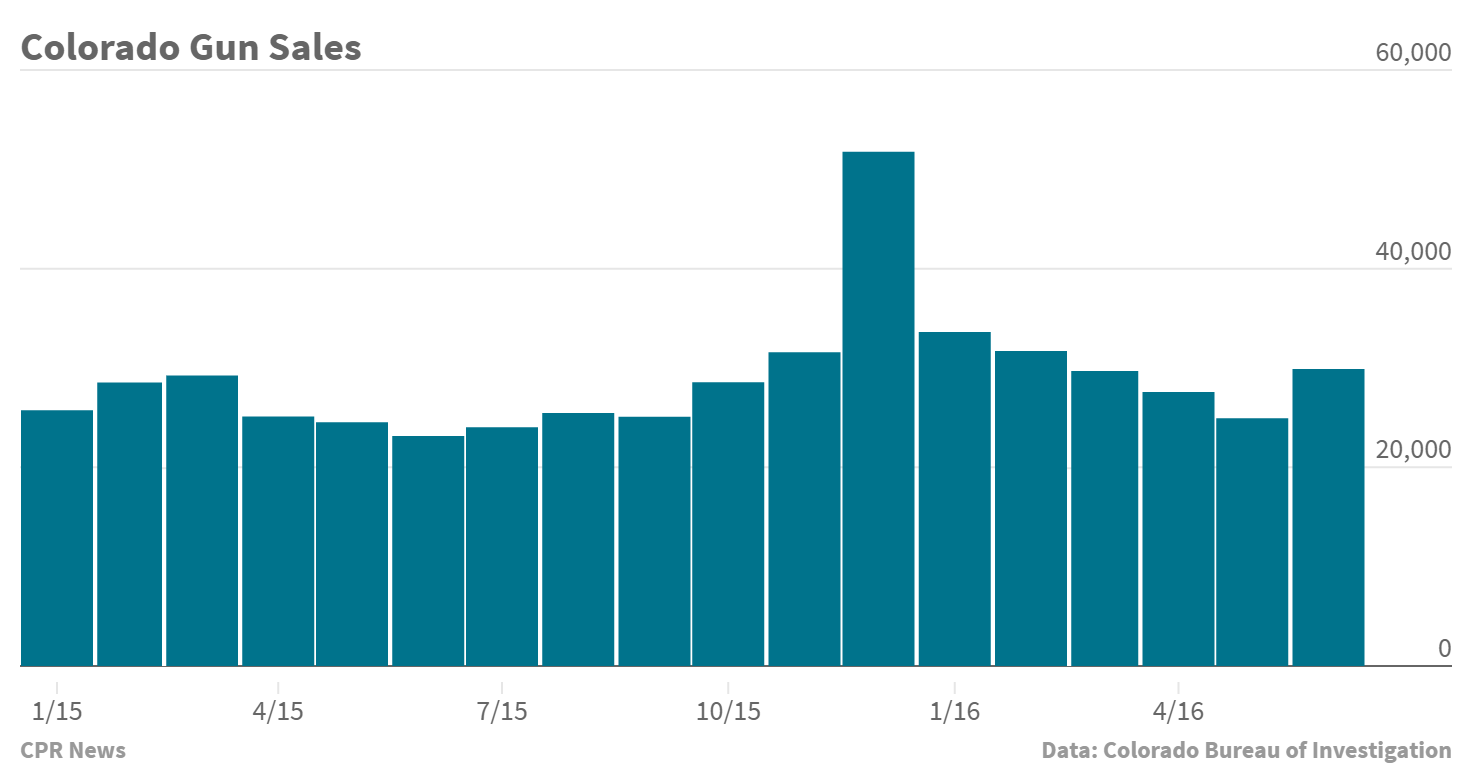 "All these different shootings and talks of gun control ... doesn’t hurt the gun business,," said Ryan Resch, owner of Bighorn Firearms in Denver.

Summer is usually quiet for the gun business. But the Orlando shooting prompted intense debate about gun control in Congress.

"Disarming the public, or attempting to restrict the public’s ability to protect themselves, scares people," Resch said, "and they go out and buy guns."

Resch points out that his customers aren’t just afraid guns will be taken away – they’re also buying to protect themselves. Gun sales for the year are up 14 percent -- that’s 21,000 more firearms than last year.