Colorado donors are warming to Donald Trump, sort of. Contributions to his campaign from Colorado increased sharply from May to June, according to FEC records. 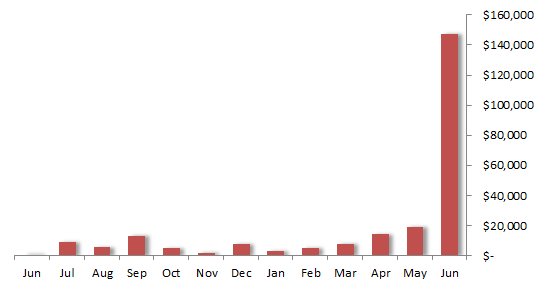 June was also Clinton's best month yet for campaign contributions from Colorado, and she is still well ahead of Trump in overall fundraising here, by an 18-1 margin.

Both candidates benefited from having all but locked up the nominations by June. Primary rivals, like Democrat Bernie Sanders and Republican Ted Cruz, were drawing money away from the front runners through the spring and early summer months.

For Clinton the top cities remain Denver, Boulder, and Aspen, in that order. Donors in those cities contributed more than half of the total Colorado dollars to her campaign.