Adam Brewster and his buddy Jarrod Laureano were drinking beers outside of a downtown Denver bar recently. And they were getting along just fine – until they started talking about the Broncos.

Then, a fiery back-and-forth ensued over whether the team could repeat as Super Bowl champions – and it wasn’t exactly Lincoln-Douglas debate material.

“No, they’re gonna suck without [Peyton] Manning,” shot back Laureano.

Chances are, many football fans around Denver are having similar debates as the Broncos’ season opener approaches. Denver will take on the Carolina Panthers Thursday night in a Super Bowl rematch.

The Broncos will attempt to do what only seven franchises have done before: Win back-to-back championships. The 1997-1998 Broncos are included among the seven.

But some passionate football fans wonder whether the Broncos are equipped to even make playoffs, much less win another Super Bowl.

Laureano is a Dallas Cowboys fan. He says the Broncos will suffer without the likes of Manning, who has retired, or Brock Osweiler, Manning’s heir apparent who left for Houston in the off-season.

“The Broncos without Osweiler or Manning is a huge loss,” he said. “Like, you have to play offense at least a little bit to win games.”

The Broncos are pinning their season’s hopes on a quarterback who has never thrown a pass in a regular season game – Trevor Siemian. The Broncos selected Siemian, who played college football at Northwestern, in the seventh round of last year’s NFL Draft. 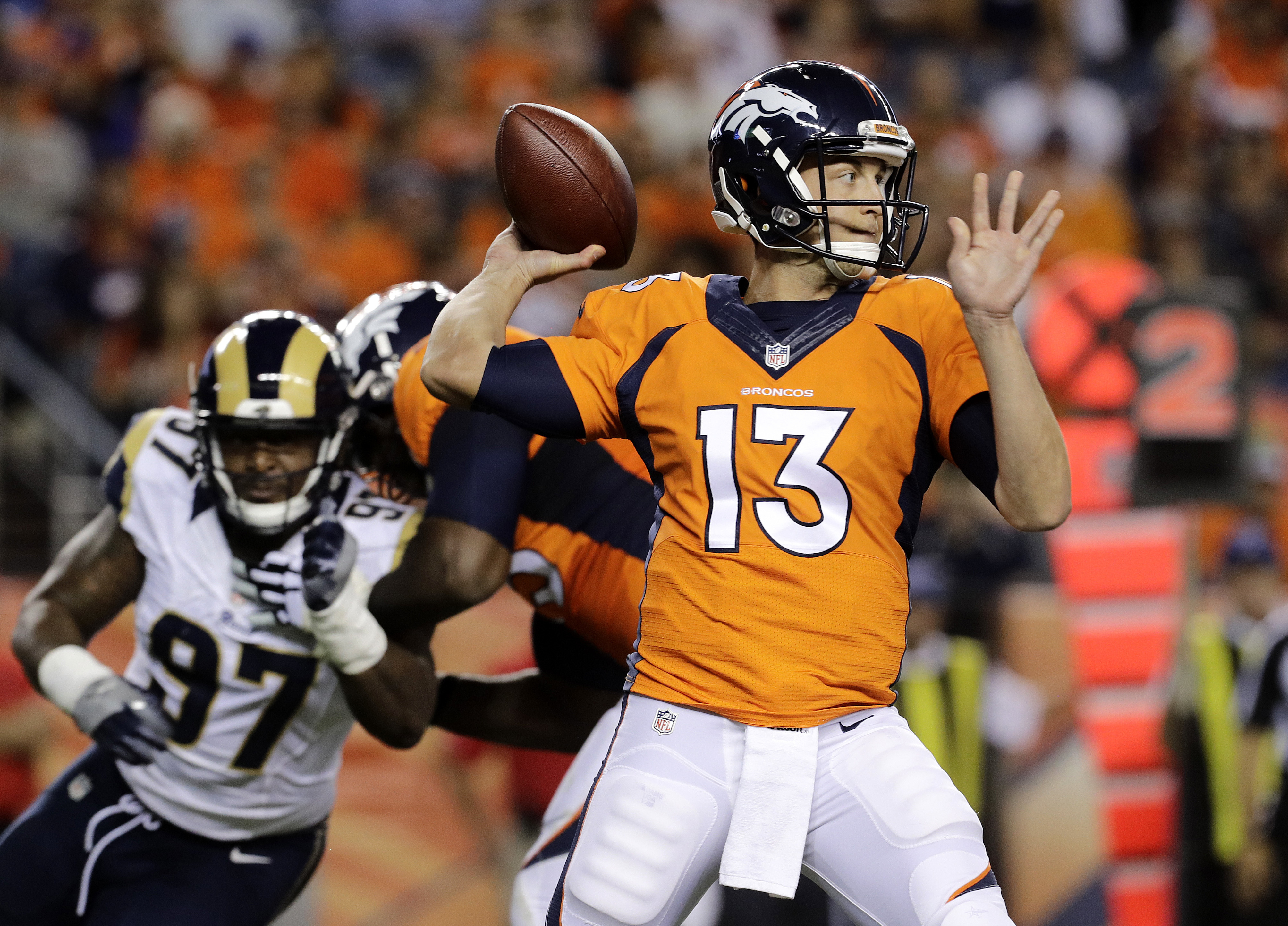 Siemian beat out veteran Mark Sanchez for the job in the preseason.

“He’s definitely proven himself in the preseason,” Hocker said. “And I think with a little more work, a little more determination and dedication, he’ll have what it takes.”

Joe Pilakowski of Denver thinks Siemian will actually be an upgrade over Manning. The Broncos offense struggled last year – and it totaled less than 200 yards in their Super Bowl win.

The Broncos return talented playmakers on offense, like wide receivers Demaryius Thomas and Emmanuel Sanders. And Denver has dominated the AFC West of late – having won the division five years in a row. And the Broncos are tough to beat at home.

But Dale Herman, a San Francisco 49ers fan, says it all comes down to the quarterback. And while Manning did struggle last year, he was still a Hall of Famer and a veteran leader.

“I’m not a hater, but they just aren’t gonna repeat,” Herman said. “I don’t think anybody realized what a great quarterback they had. And you can’t rely on a rookie quarterback in the NFL.”

Siemian’s actually in his second year, but Herman’s point is well-taken. And even though Herman is a 49ers fan, there are plenty of Broncos fans who wonder whether Siemian can lead Denver to another Super Bowl.

But there are also plenty of Broncos fans who aren’t concerned at all – because of what they say is Denver’s ace in the hole.

“I don’t think the quarterback is going to affect them that much, honestly,” Brewster said. “I think our defense is still gonna run the entire season.” 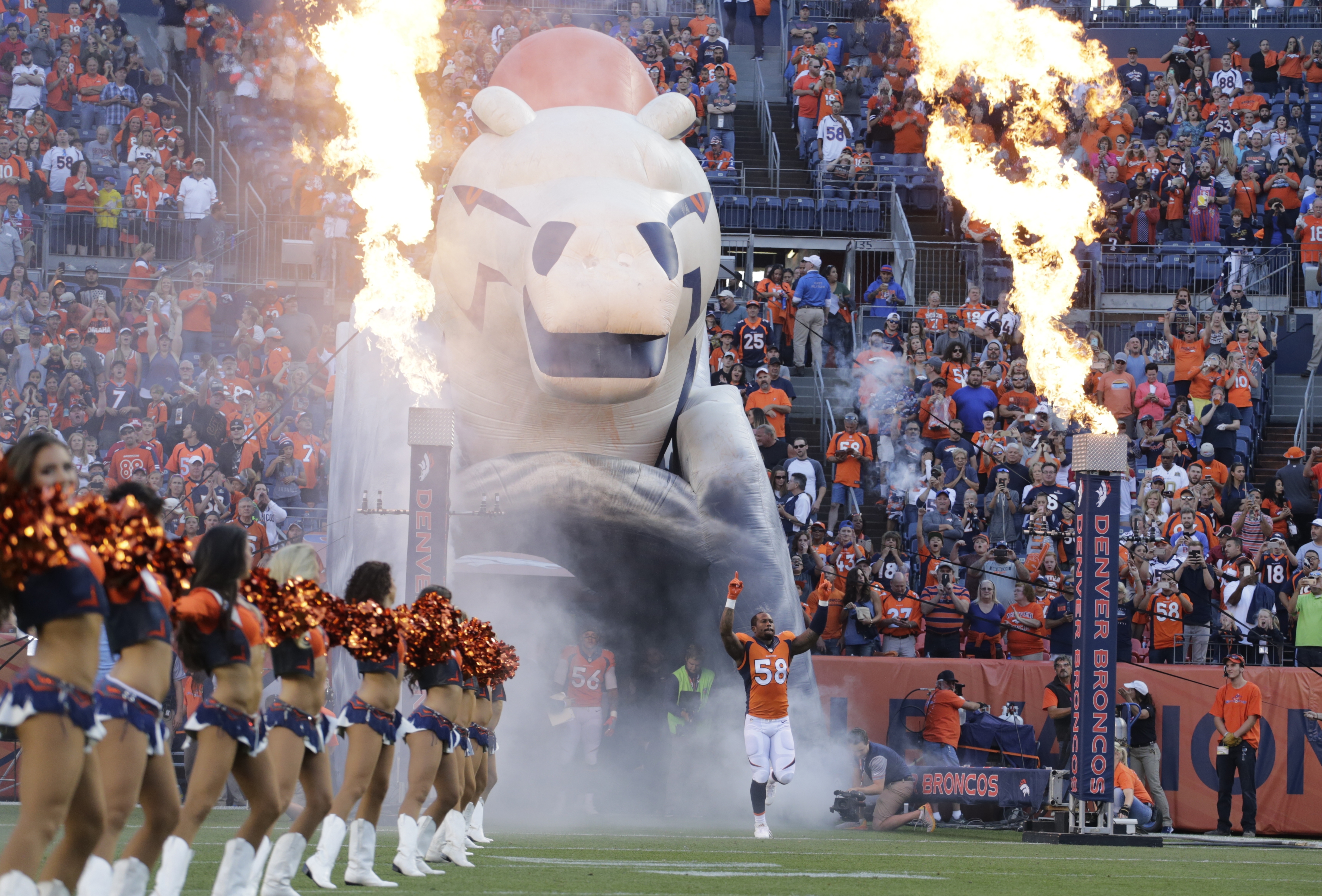 The Broncos made good quarterbacks like the Panthers’ Cam Newton - the league MVP - look really bad in the playoffs.

Sam DeWitt, who was born and raised in Littleton and has been a Broncos fan since birth, sings the praises of a defense that sacked Newton seven times in the Super Bowl -- tying an NFL record.

“They get the ball back for you, make it a short field,” he said. “You get three points at a time; you can win ball games that way if you’re shutting teams out.”

“They’ll win at least six-eight games because of defense,” he said. “It’s whether the offense can carry them for the extra three-four they’ll need to get into the playoffs.”

So, there’s a variety of opinions out there, including that the Broncos are just biding time until Paxton Lynch is ready to take over at quarterback. The Broncos picked Lynch in the first round of the NFL draft this year, and some say he is the team’s quarterback of the future.

But Munoz isn’t worried about the future – or the present for that matter. He’s perfectly content with the championship the Broncos have already won.

“It doesn’t matter what they do this year,” he said. “I mean, it would be nice if they repeat. But they won, so I’m good for about 10 years or so.”