In this fractious election season, we searched -- and we found -- some hopeful voices.

There’s a catch, though: They can’t vote.

But they want you to. Fifth graders from the Boulder Community School of Integrated Studies recently took a field trip to the University of Colorado Boulder campus, where they shared their get out the vote message with college students. Along the way, they tackled important issues about who gets to vote -- and who historically hasn't been allowed to.

“Put your signs down just for a moment so I can talk to you,” says teacher Karen Halverson, calling together the smorgasbord of energy and color. It’s a blur of blue backpacks, brown pigtails, red freckles, and pink cowboy boots. The soon-to-be marchers have just polished off carrots, popcorn and peanut butter and jelly sandwiches. Democracy, it seems, takes a full stomach. 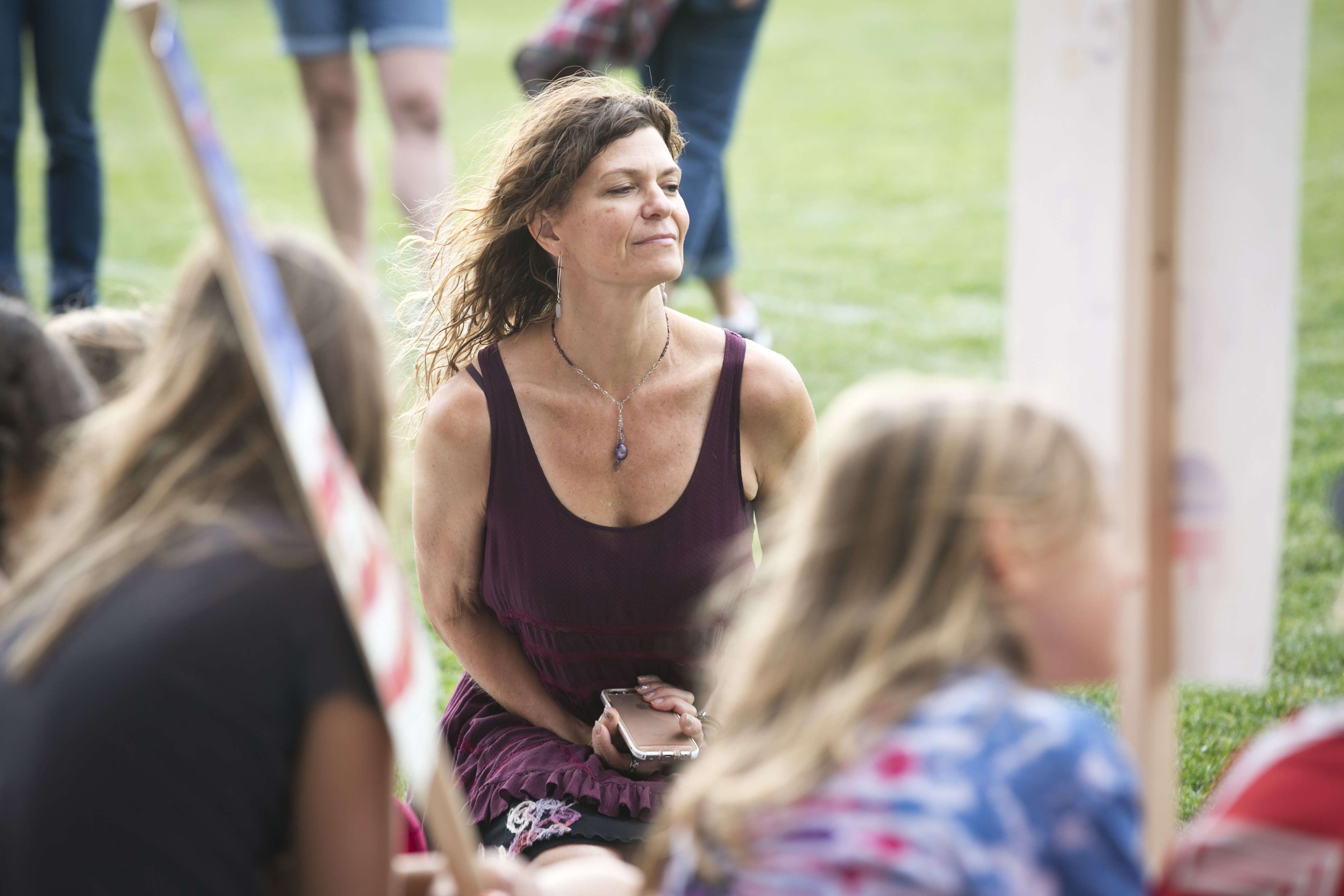 “There are different ways to express your voice,” Halverson tells her students. “Maybe you chant together. ... And sometimes, guys, your signs and your silence can send a powerful message as well.”

“V-O-T-E, V-O-T-E, Vote!” the 5th graders chant, as they march past hundreds of college students looking very serious. A few crack a smile.

“This is mostly one of the most heart-racing, thrilling things I’ve ever done!” a girl shouts.

On the square outside of the student union, the kids pause for a bit near the political tables and free speech regulars. A student with long, curly blond hair tells them he’s registered to vote. 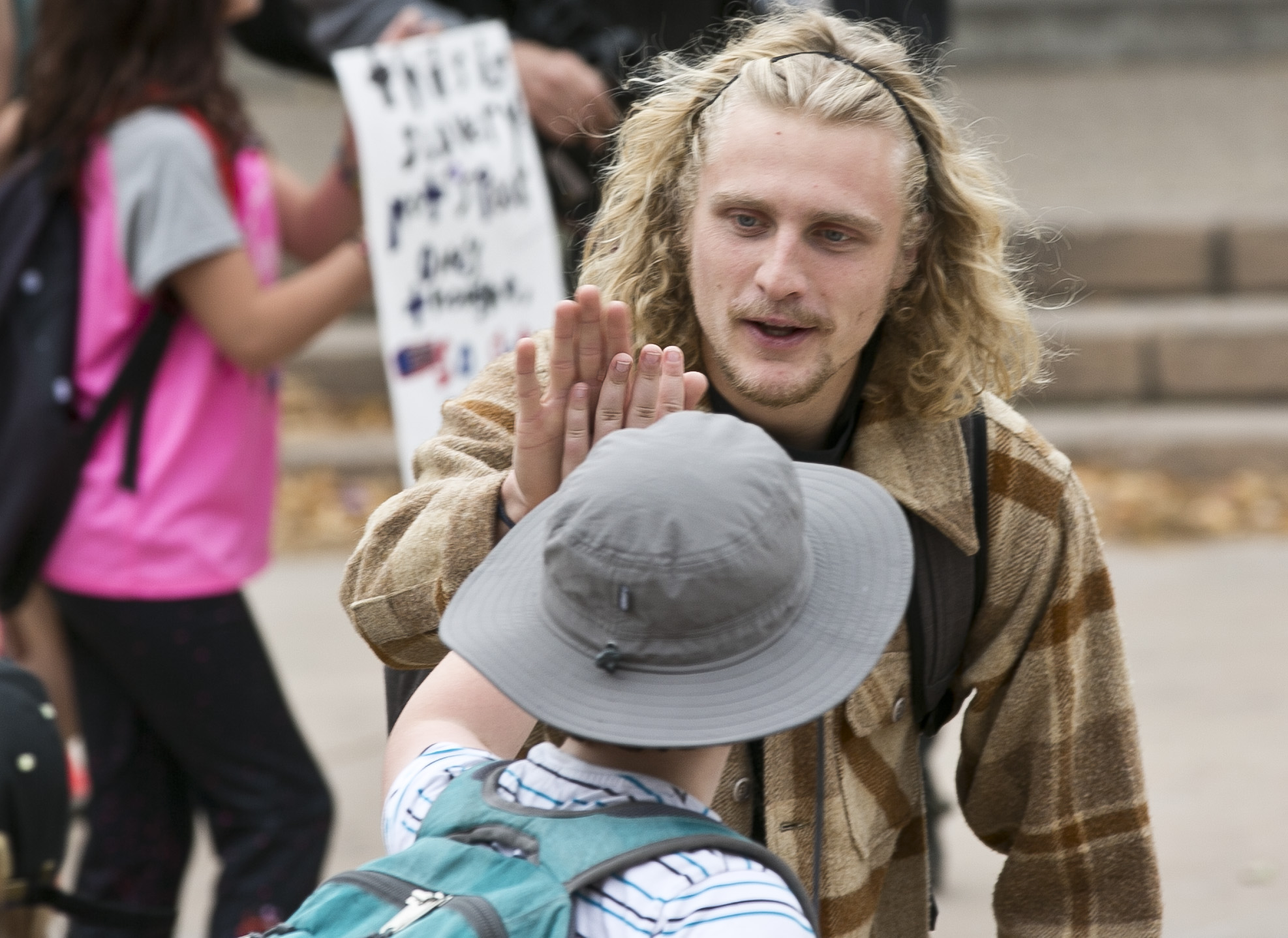 “Keep on doing what you’re doing,” he says.

These 5th graders are particularly passionate because they’ve spent weeks learning about the power of voice in politics, starting with who could vote in early America.

“I learned that our country was very unjust to people who were poor, who were black or who were women, and that only white men with property could vote,” says Dale Boyer. “It was just crazy how unjust people were back then to people who were different from them and that was surprising to me.”

They learned about the literacy tests used to deny suffrage to blacks for nearly a century.

“The test was based on opinion, you could get everything right, but the judge could still decide, ‘no you didn’t pass the test,’” says Juliana Krigsman. 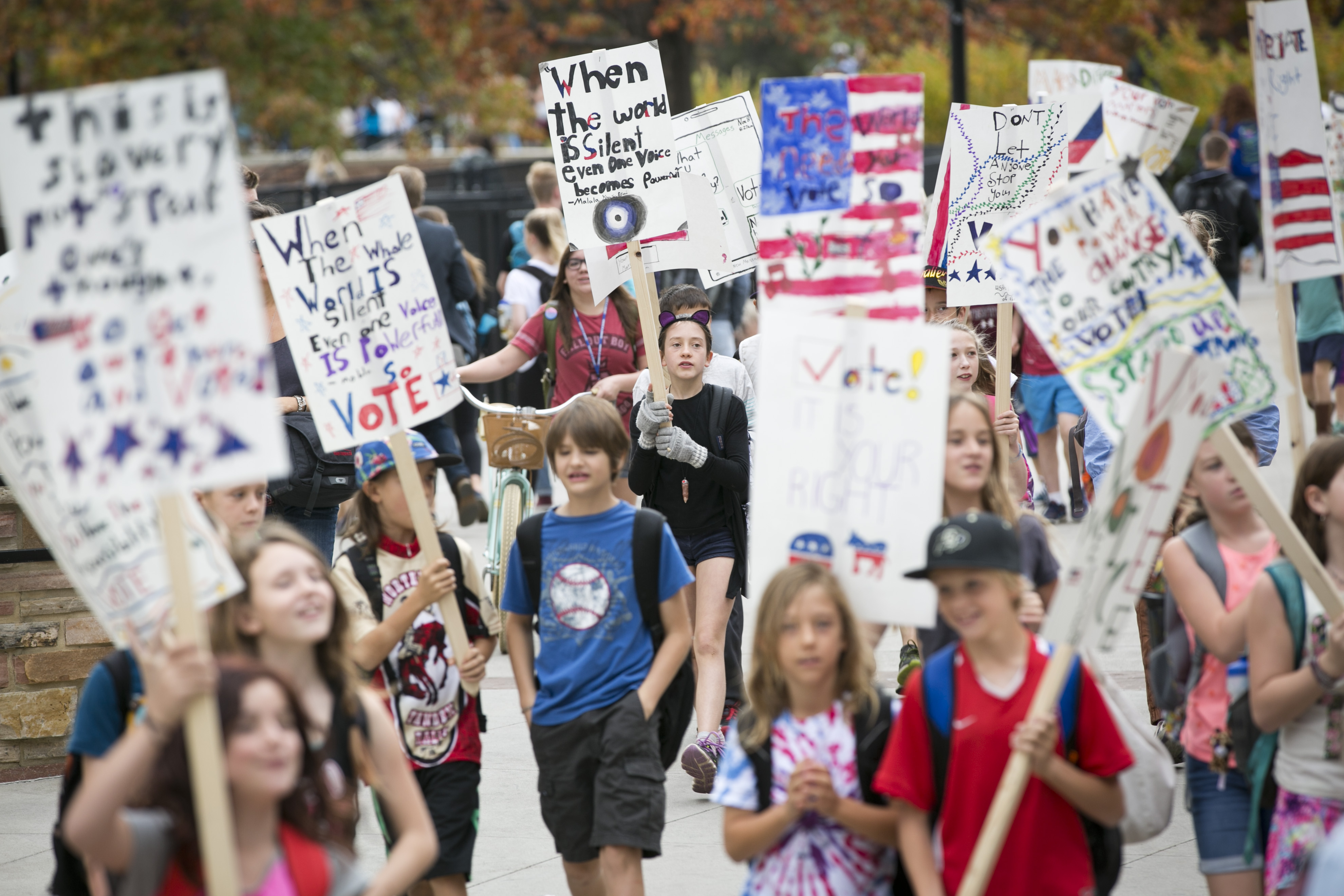 History fresh in their minds, it’s actually painful for these kids to think that some people now -- don’t vote:

“The fact that people risked their lives to vote and so many died and went to jail for it just to vote, just to express their voice, it’s just--it’s torture to know that so many people worked so hard to get that right to vote, and people aren’t voting," said E.J. Johnston.

Their research revealed only 46 percent of millennials voted in the last presidential election, the lowest voter turnout of any age group.

“So we’re telling them go vote,” says Nailah McGhee. “It’s a privilege, not a chore. Your vote counts. Choose a leader to guide your country. It’s your country, own it.”

It’s emotional for these kids. But they also have a way of looking at history with clear-headed logic – and it doesn’t make sense to them. 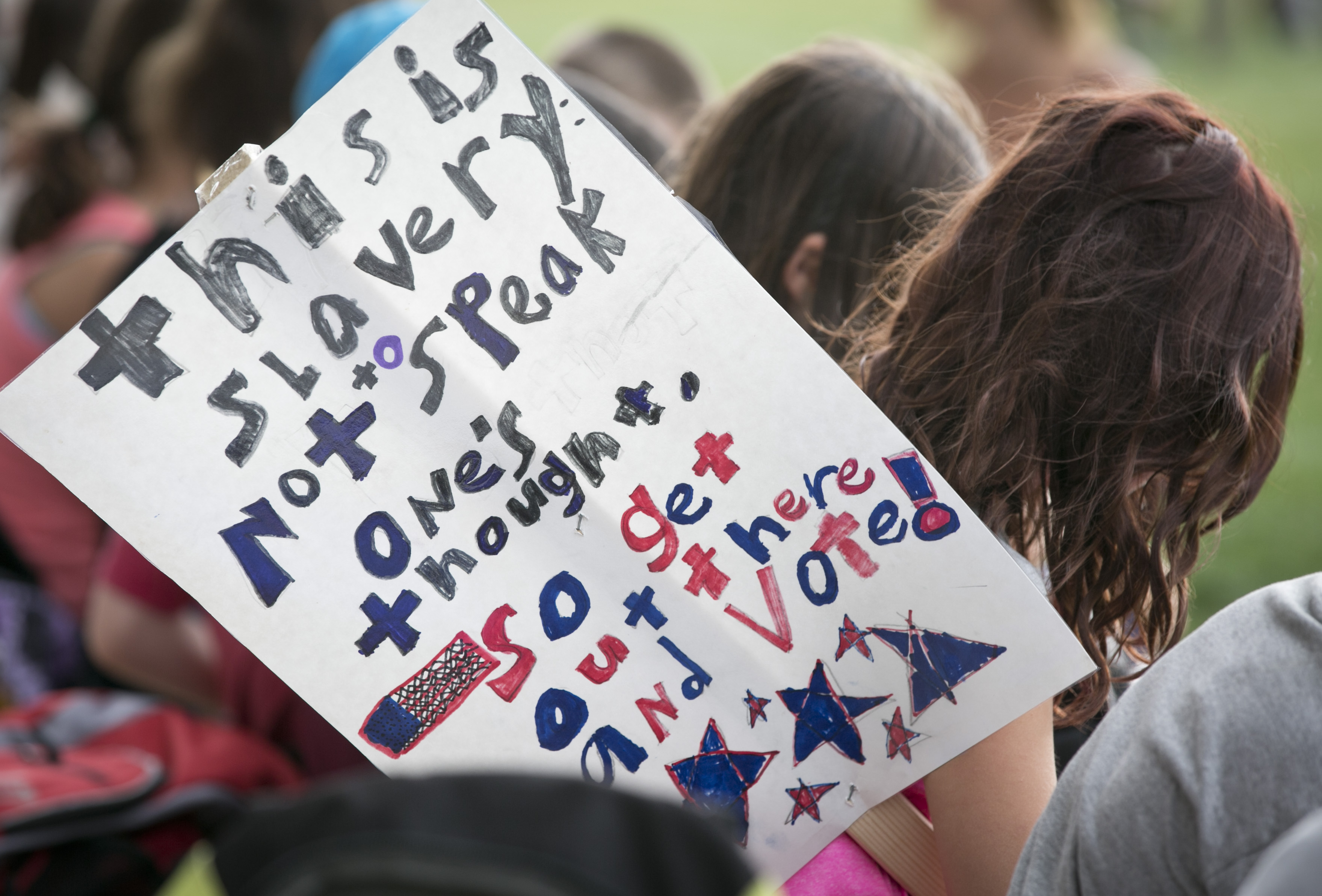 “I always like to think of it as reverse. Like what if, black people had all the power, and white people were the ones in poverty, would we like to be treated like that?” says Krigsman, who is white.

And these kids are right at that moment in a young life, when you learn the world is more complex than you thought.

“When I was little kid, like three years old, I thought America was perfect because my parents always bought me stuff that I wanted. But until I got older and learned about these horrific events, that happened to stop people from expressing their voice, it changed a lot of things for me,” says Owen Kolochov. 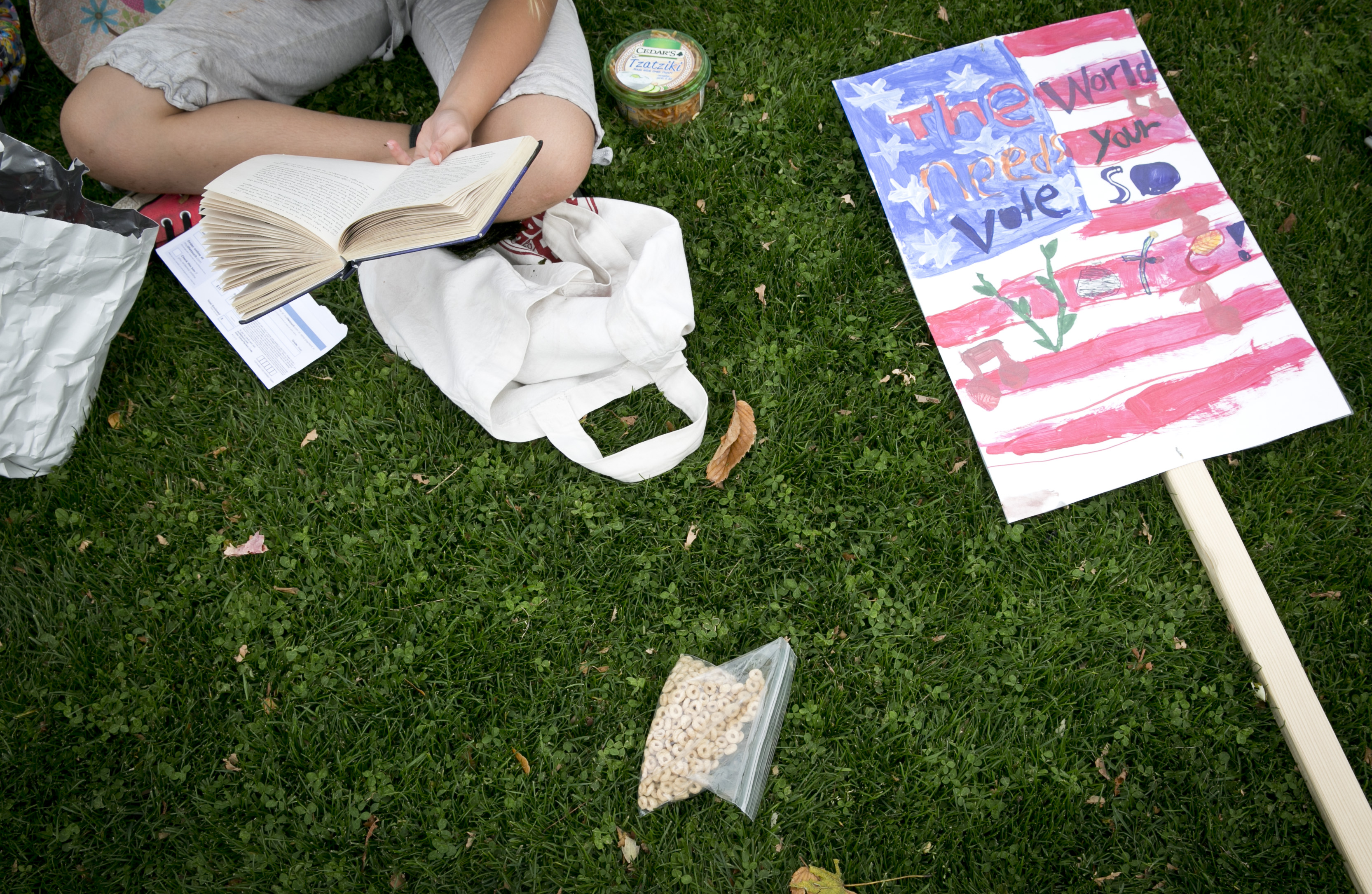 Several kids told me when they were little, they just thought – yeah you vote for president – easy, peasy. But now they feel the weight of history and the responsibility it bears. Has studying voting rights changed their view of their country?

They all say voting is a serious responsibility. That’s why this question makes them pause: Do they think kids should vote?

“I think you need to be in the world longer in order to vote, you need to know all the facts,” says Wiley Wallis. 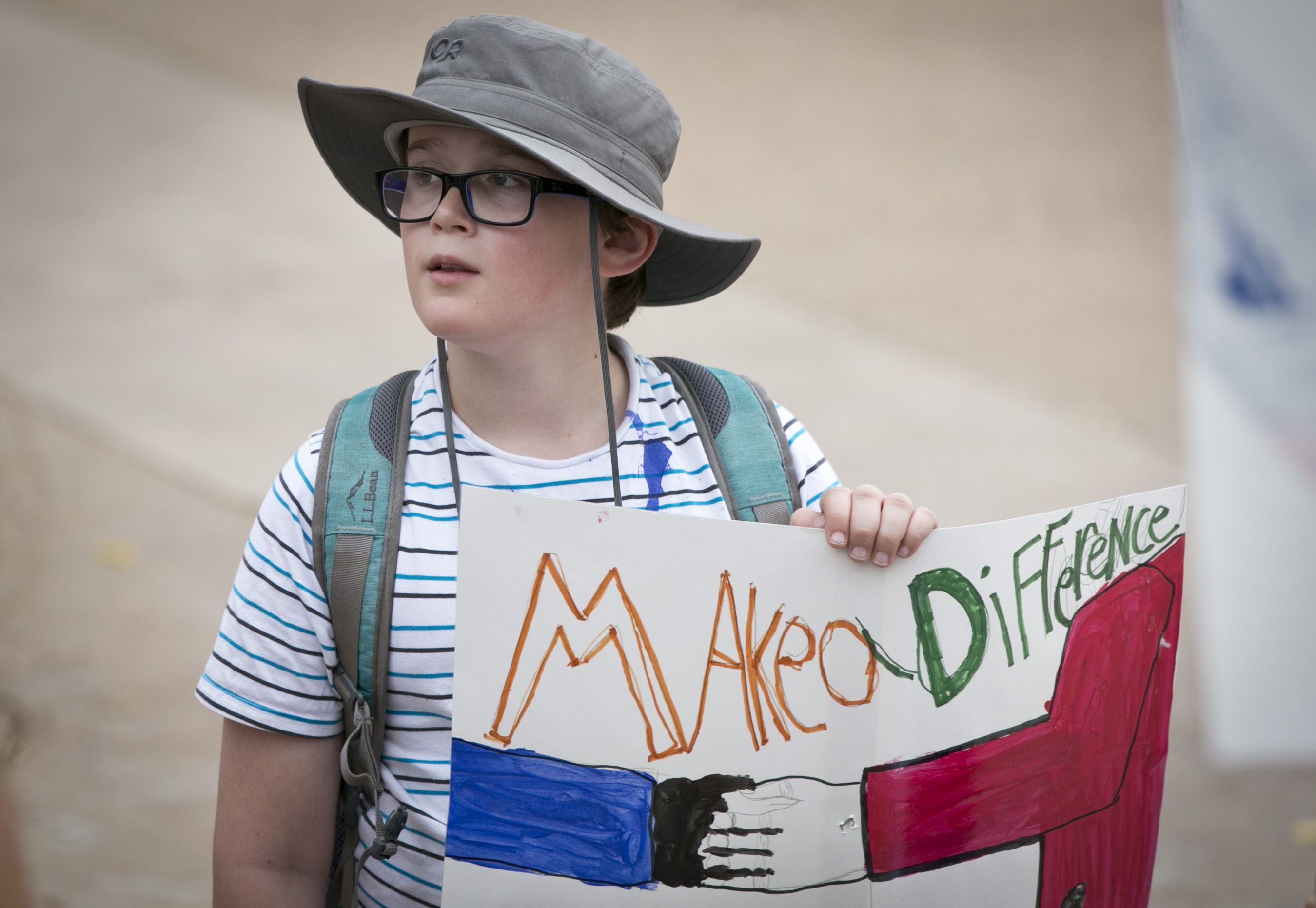 “Well yes and no,” says E.J. Johnson. “Because if kids vote, things can get out of hand, and things can be better, but when we do get the right to vote, we shouldn’t just throw it away like somebody’s old garbage.”

“I don’t think kids should vote until at least 13, because they may not know so much about the candidates or whatever was being voted for, and it wouldn’t be a very learned vote,” Lila Newmark says.

“I think kids deserve a vote but it would be hard work,” says Anya Smith. “If they did lower the voting age, you would have to bring a lot more education into elementary schools and middle schools. So maybe they should lower it a little bit to 16.”

As the march winds down, a group of kids ponder if they’ve been successful.

“I heard some college kids saying that not every vote counts, but every vote does count,” says Liam Zimmerman.

“Yeah,” says his friend, Ajani Williams, “but it was like 10 percent of them, most of them were like, 'yeah!' [we agree with voting].” 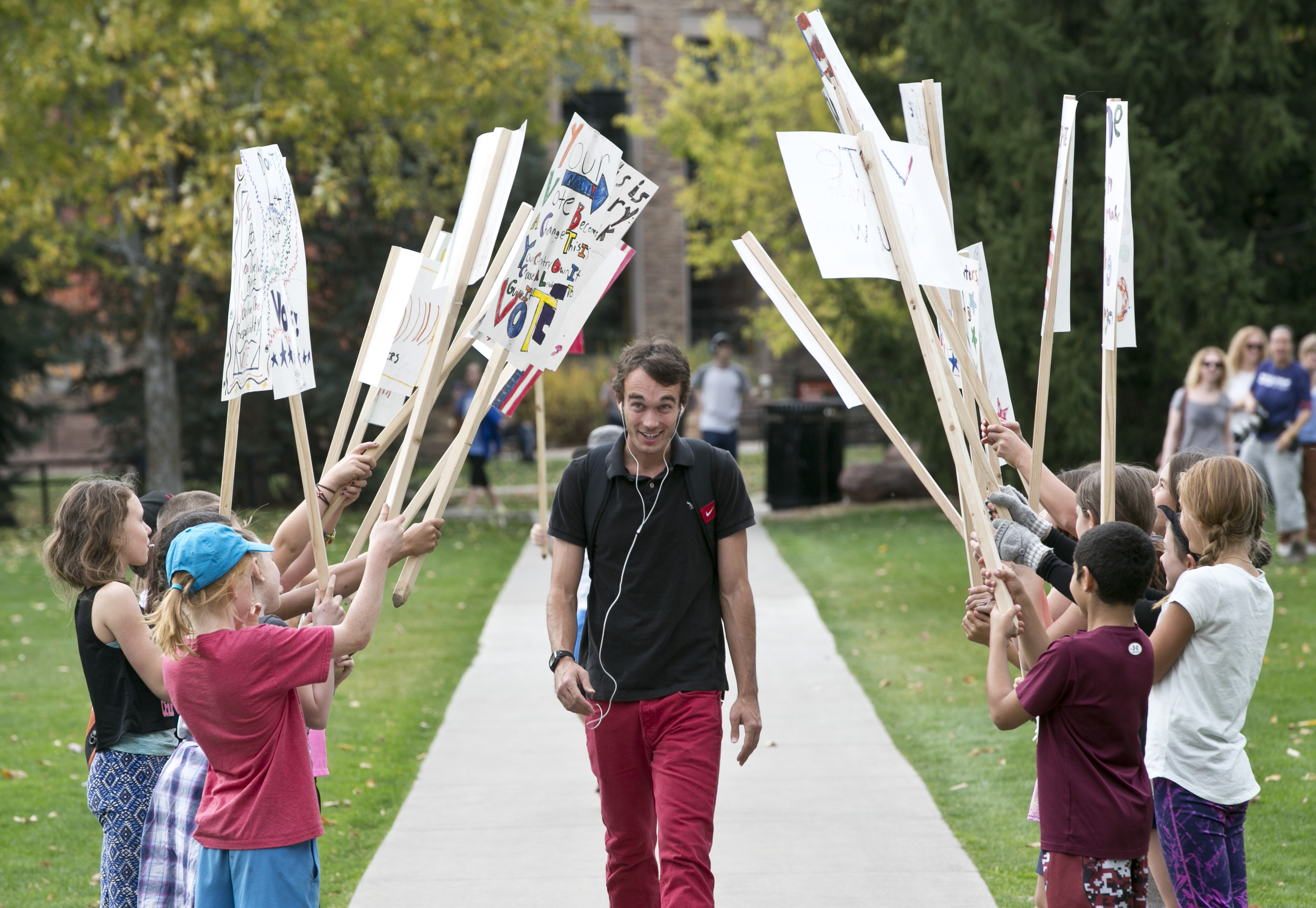 “It can make a difference in the world,” says Luca Nackowitz, to a student booking it to class.

“Thank you, I appreciate that!” she calls out.

Suddenly, the kids pull off a spontaneous, creative display of civic duty; they form an arch with their signs that the college students have to walk through. If that doesn’t make these college kids vote, perhaps they at least got a smile out of it.