Tuesday’s election results didn't change the balance of power at the state legislature. Democrats maintained their majority in the House and Republicans still control the Senate.

Members of both parties gathered at the Capitol Thursday to elect their new leaders. Republicans picked Sen. Kevin Grantham of Canon City as Senate president and Democrats chose Rep. Crisanta Duran of Denver as House speaker.

Grantham said Coloradans sent a message Tuesday when they voted to maintain the status quo at the Capitol.

“They want a reasonable, sensible, divided government that’s not going to swing one way too hard or the other way too hard," Grantham said.

That may be true. But, there’s been split control at the Capitol for the last two years. And the two parties have not agreed on major issues.

So will this coming session that starts in January be any different? Gov. John Hickenlooper prides himself on being an optimist.

“I take each one of these sessions as a blank slate," Hickenlooper said. "And I try to remain as open as possible to each initiative, each policy idea. I think a lot of the historic animosity and division between the two parties in Colorado has been misplaced.” 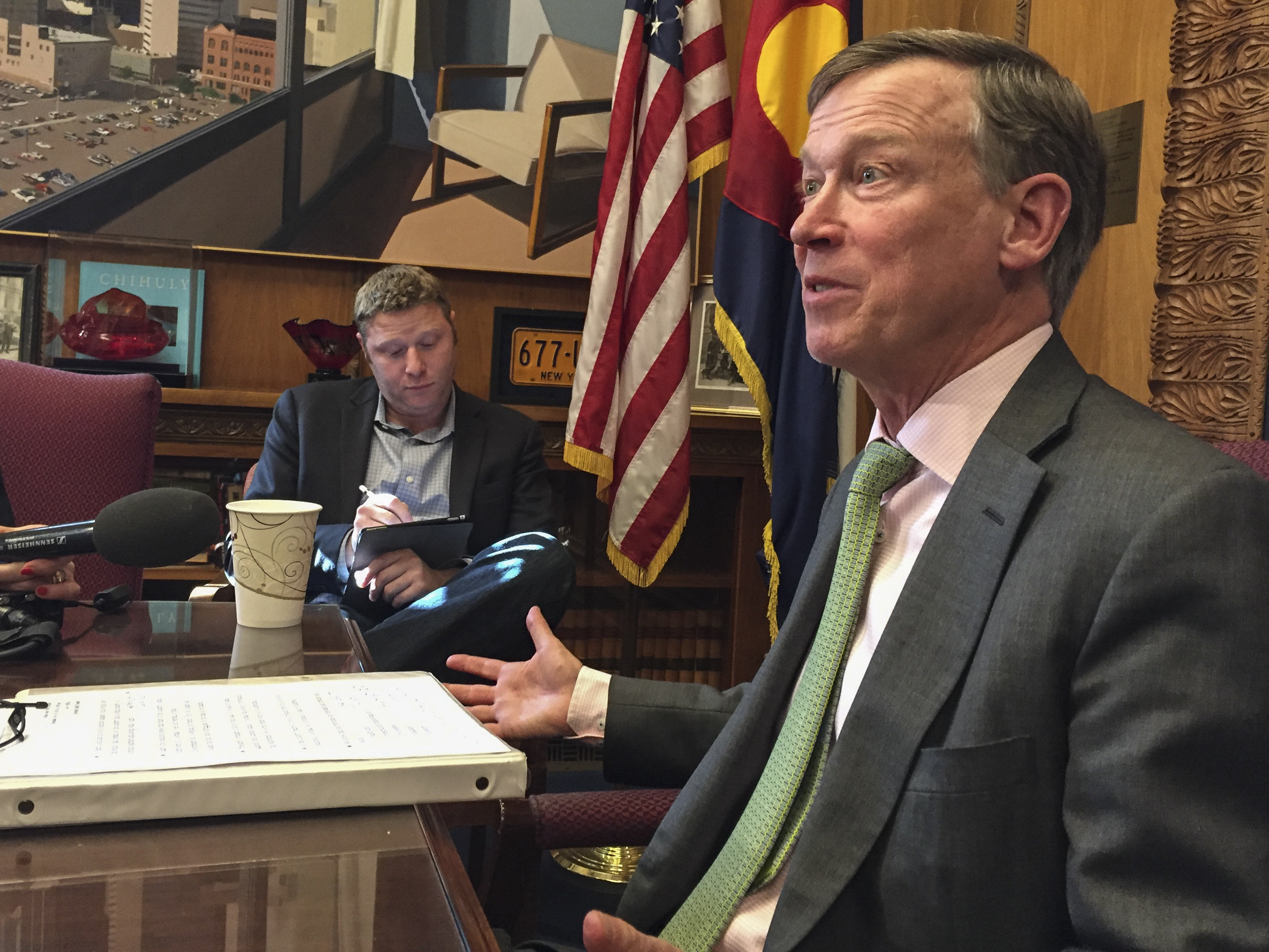 Democrats picked up three seats in the House on election night. But a larger House majority won’t matter, as far as getting legislation through the Republican-controlled Senate. New House Speaker Crisanta Duran said she looks forward to working with Senate Republicans.

“I think we need to put all options on the table and figure out how we address our fiscal issues facing the state of Colorado," Duran said. "It is so crucial that we come up with solutions to transportation funding for education and making sure that our state goes forward.”

Democrats had hoped to provide more funding for transportation and schools by reclassifying the hospital provider fee – these are fees hospitals pay that the state spends on expanding health coverage for the poor.

That effort failed last year because most Republicans view it as an end run around the state Constitution – one that would give Democrats an excuse to spend more money.

Grantham said he’ll allow a bill to be heard in committee next session, but that’s about it.

"The fact of the matter is philosophically we still think there is a whole lot of money being spent here in Colorado and priorities can be changed," Grantham said.

Grantham did say he’s hopeful the two sides can find compromise on reforms to construction defects laws, which many say have an impact on affordable housing in Colorado.

No matter what gets passed next session, lawmakers will have to keep a tight budget in mind. The state faces a $500 million deficit. And Democrats say spending decisions could be even more complicated with Donald Trump and Republicans controlling Congress.

Democratic Sen. Dominick Moreno is a newly-appointed member to the Joint Budget Committee, which writes the state budget. He worries about the local ramifications of a Republican-controlled federal government.

"We need to articulate our message and not try to tiptoe around what we believe in," Neville said. "We need to say it loudly, clearly and boldly.”

Being loud and bold is tough to do when you’re not in power. That’s going to be true of both Democrats and Republicans this coming legislative session.