Update 11/28: Most resorts that usually open in November are now open, as the chart below shows. Our original story:

It's mid-November. Any Coloradan worth their salt ski wax knows that skiing this time of year isn't really worth the drive, unless you REALLY have it bad. Most runs aren't open until December or January. And tree skiing? Forget it.

December is just around the corner. Will our favorite runs be covered in (ideally natural) snow, or will rocks and tree limbs be exposed like our paper-thin excuses for missing work on a snowy day?

The headlines have not been encouraging. We've seen delay after delay at some of the state's most popular resorts. Weather has been freakishly warm, both on the Front Range and up in the High Country where our dreams lie.

So we wondered: How out of the ordinary is this seemingly late start to the season? Using Archive.org's Wayback machine, we found opening days for more than 20 of the state's largest ski areas going back to 2010. The chart below shows the range of opening days for the last six years, along with each resort's expected or actual opening day.

The chart shows us a few things.

The day-trip-from-the-Front-Range resorts are significantly behind schedule. Breckenridge, Copper Mountain, Keystone, Vail, Winter Park, and even Loveland either opened or plan to open much later than they have in the past six years.

But for Copper at least, quality of snow is more important than a few extra days of subpar skiing. It plans to open Nov. 18.

"There are years we could probably technically push it and open a little earlier than scheduled," said Morgan Whitehouse, communications coordinator for Copper Mountain. "We don't want to open just to open."

Loveland opened nearly three weeks later than their early season competitor, Arapahoe Basin. Both are at relatively high elevations and generally open in mid- to late-October.

A-Basin opened Oct. 21, which is just about average. Snow-making was the only reason that was possible, Adrienne Saia Isaac, marketing and communications manager for A-Basin, wrote in an email.

2) Central Mountain Resorts Are On Schedule, So Far

Deeper into the Rockies, resorts usually open later. Aspen Mountain, Beaver Creek, Crested Butte, Snowmass and Steamboat, have opened within a relatively tight window in late November for the last six years. They are all more or less on track. 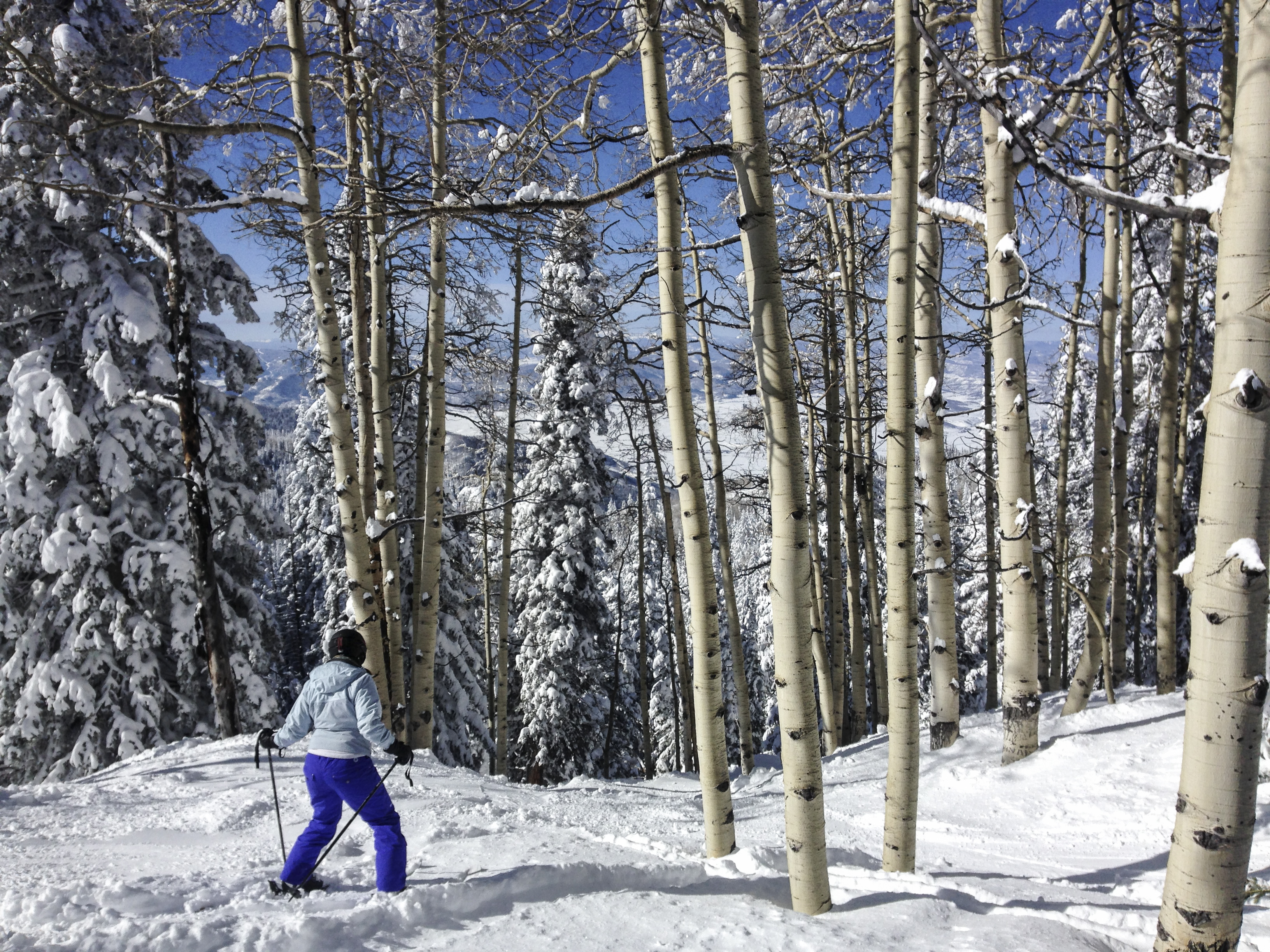 For the smaller resorts that have a much wider range of historic opening days, it's too early to get too wound up.

"This is a little bit later than we're used to for the snow to begin. But we're not at all worried about opening day," said Patrick Torsell, director of marketing and information technology at Ski Cooper near Leadville.

Torsell said they've seen some snow, but nothing that's stuck just yet. He's hoping for 30 inches by Dec. 10, their planned opening day. Either way, being open by Christmas is much more important than a few days in early December, he said.

"To be perfectly honest, because it's winter like eight months out of the year in Leadville, people have enjoyed [the unseasonably warm weather]," he said.

3) It's A Mixed Bag Down South

Silverton and Wolf Creek are both scheduled to open late. Wolf Creek will have its latest opening day in at least six years when it opens Nov. 24. The resort primarily relies on natural snowfall, and generally gets a lot of it -- sometimes more than 400 inches a year. Snow finally started falling in early November.

Jennifer Brill, co-founder of Silverton Mountain, says their decision to open later has nothing to do with weather. Silverton caters to hard-core skiiers, not families, and Brill said they didn't want to compete with the Christmas holiday.

"We just did not think that it would be a smart move," she said.

She's not concerned about a lack of snow, either. The resort is at about 10,400 feet and limits the number of skiiers on the mountain.

"We are not going to have the problems other large resorts are going to have, or may have, with snow," she said.

About 30 miles south, Purgatory, outside of Durango, is set to have its earliest opening in at least six years Nov. 19. What's their secret? It's hard to say -- they didn't answer my phone calls.

A modest storm is coming and most mountains could really get socked in early December, OpenSnow reports.

Looking further down the road, Colorado is flirting with a La Niña. KUNC reports that could mean more snow for the state's central and northern mountain ranges.

Colorado will be wrapping up the year with above normal temperatures, and more snow in the mountains, what [Boulder climatologist Klaus] Wolter calls “the best of both worlds.”

But Wolter warned that snow could taper off in March. So get your gear waxed and tuned up, and maybe plan for that big trip over Christmas or President's Day -- not Spring Break.

Editor's Note: This story and the chart have been updated to reflect new resort opening days as we get them.