To an untrained eye, the Colorado River near Kremmling looks, well, like a river. It winds through a wide valley dotted with ranches and covered by a western blue sky.

But Paul Bruchez, a Grand County rancher and fly fisherman, does not have untrained eyes.

He sees the lifeline for his ranch and others like it in this otherwise arid corner of the Western Slope. The river’s been decimated by a one-two punch: water diverted to the Front Range, and a surprise erosion that dropped the river bed by two feet nearly overnight.

"It was jaw-dropping for all the landowners to realize just what dire straits this river and our ag systems were really in,” Bruchez said, standing on the banks of the river in late September.

Bruchez and 12 other ranchers now have reason to celebrate. They’ve been working with environmental groups like American Rivers and Trout Unlimited to get grants to help with vital restoration work — and now a big federal grant has come through. Bruchez and his neighbors will receive about $2.5 million from the Natural Resources Conservation Service, part of the U.S. Department of Agriculture.

“This news is life-changing for the headwaters of the Colorado River and those who rely on it,” Bruchez said in a press release announcing the grant.

The influx of money will help fund restoration work over about 12 miles of the river that’s in rough shape. The river bank just outside of Kremmling is steeper than a double black diamond ski run at Arapahoe Basin, about an hour south of here. That’s not a good quality for a river to have.

“Once it gets vertical like that, there’s not enough substrate to hold any of the bank,” Bruchez said. “It continues to just erode every year. All of that sediment then is blasted downstream.”

That creates a mess. Fish can’t live in water full of sediment. On top of that, the two foot drop was a big problem for ranchers like Bruchez. They usually pull water out of the river.

Without access to water, ranchers couldn’t irrigate their hay -- a key cash crop.

“You can't sustain agriculture without … keeping things in the river, so you can keep diverting water and stay in business,” said Bill Thompson, who’s ranched in the area since 1960. 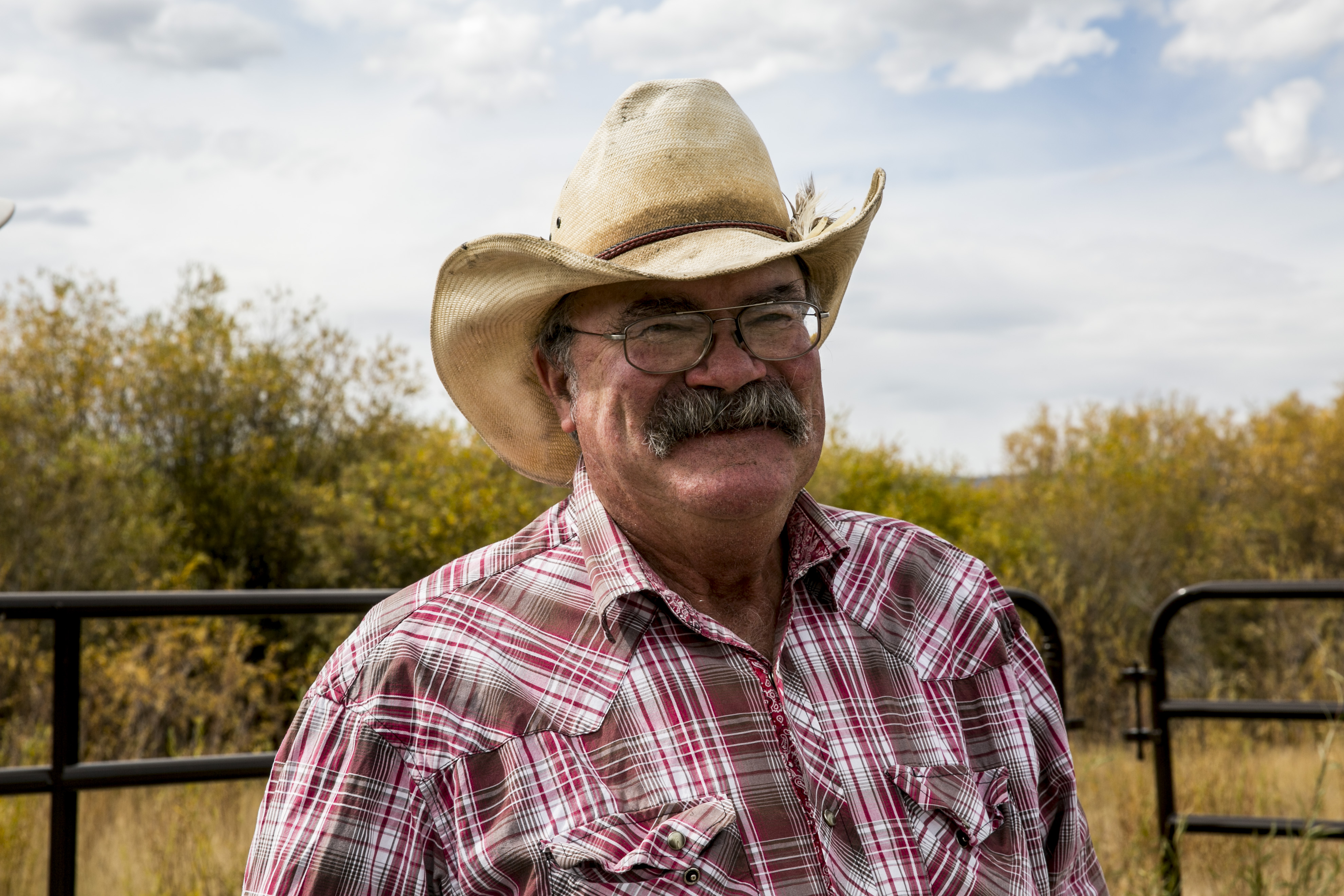 So the ranchers devised a cost-effective way to help the river: riffles. Rock walls are sunken into the river bed in an open v-shape form. They back up the water slightly which helps raise the water table, re-introduce oxygen to the water to help with fish habitat, and re-steers the river current to keep it from crashing into the banks and causing erosion.

Bruchez and other ranchers put up hundreds of thousands of dollars to get the project off the ground. Two riffles on Thompson’s land were the first to be constructed.

“It’s working,” Thompson said. But the final price tag will be more than $6 million. Bruchez needed help raising the rest of the cash -- and found it from a somewhat unlikely source: environmentalists.

Ranchers and environmentalists have historically been at odds over things like livestock grazing and water pollution. But in this case, Bruchez’s group caught the eye of Trout Unlimited.

“We believe agriculture has very important role to play,” Mely Whiting, legal counsel for Trout Unlimited, said from her home office in Pagosa Springs. “If you do it right, if you minimize the amount of water that you need to use through improvements, then you can leave more water for the fish."

The ranchers are not incorporated. So Trout Unlimited is the fiscal agent for the new federal grant, and an older state grant. That made some ranchers, like Thompson, nervous. But he said he got over it pretty quickly.

Over 30 Miles To Be Rehabilitated

About $2.5 million of the $7.75 million grant will go toward the ranch project, which will take years to complete. The rest will help another Trout Unlimited-led project -- a channel to bypass the Windy Gap Reservoir upstream from Kremmling.

Put together, the two projects will help improve the river’s health over more than 30 miles. Both are now close to their funding goals.

Trout Unlimited took a collaborative approach to the bypass project as well, enlisting help from the county government, Northern Colorado Water Conservancy District and other groups that are often at odds.

While Trout Unlimited and American Rivers have worked with Front Range water managers in the Colorado River headwaters area, that’s caused tension in the greater environmental community. Others, like Save the Colorado and WildEarth Guardians, say those conservation groups are making compromises that will ultimately lead to the death of Western Slope waterways.

“The posture on the Colorado [River] has started to change,” Peternell said. “Groups that were once at odds with each other are now working together. This $8 million grant from the NRCS is really sort of the capstone for all of that."