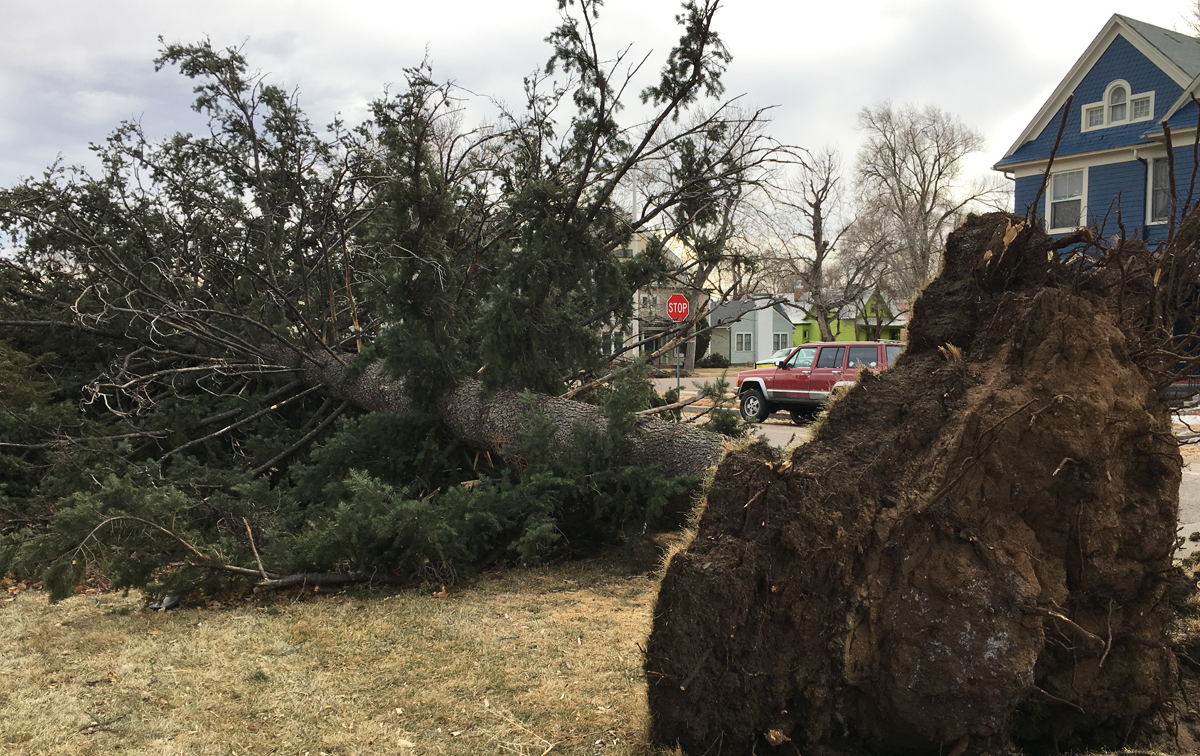 Andrea Chalfin / 91.5 KRCC One of many large trees in Colorado Springs that fell as a result of strong winds Monday 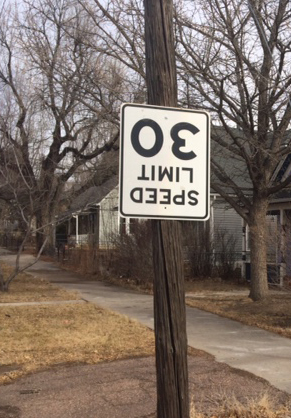 CDOT says as of Monday afternoon, 16 rollover accidents had occurred on I-25, and that most of the cleanup will occur once the wind dies down.

In a press release, Colorado Springs city officials say the city's Forestry Department is responding to a high volume of calls for downed trees.  The downtown and west side are the most affected.  As of 11:30 AM, 18,000 people served by Colorado Springs Utilities were affected by power outages. That number was down to just over 8100 as of 4 PM.

The city also suspended the Mountain Metropolitan Transit bus service for a portion of the day, and advised people to stay indoors due to flying debris.  Those on Fort Carson were also advised to shelter in place; that advisory has now been lifted.

According to the National Weather Service in Pueblo, the highest wind gust as of mid-afternoon occurred Monday morning.  Cheyenne Mountain Air Station saw a wind gust of 101 miles per hour.

The El Paso County Courthouse is expected to reopen Tuesday at noon.