Those mechanical issues have largely been resolved, according to the A Line’s operator and builder Denver Transit Partners. Trains arrive within 15 minutes of scheduled arrival time 97.7 percent of the time, DTP spokeswoman Nadia Garas said.

But they and the Regional Transportation District are still dogged by an issue that has threatened to shut down the A Line and its smaller cousin, the B Line to Westminster: crossing gates that don’t work when they need to.

RTD has received two 90-day waivers from the Federal Railroad Administration that have allowed trains to keep rolling while Denver Transit Partners fixes the issue. The second expires on Feb. 4. and officials have applied for another 90-day waiver. After initially hesitating to predict what the FRA would do, both RTD and Denver Transit Partners said they think the feds won’t shut down either line.

“My sense is that it won't go away,” Garas said.

"That's RTD's sense too,” added RTD spokesman Nate Currey. “We're confident that we'll be able to continue operating and continue to work to get this fixed."

Currey said concerns over the train lines being shut down have been overblown.

“The waiver is kind of a hard stop as a check-in, and meant to be like, 'hey let's go back before the board and report on what we're doing,’ “ he said. “It's not necessarily as a threat by the FRA to shut us down. It was never intended to be that way, although, it's been interpreted to be that here in Denver for some reason."

However, before the last waiver was granted, an RTD spokeswoman told CPR News the lines being shut down was a possibility. A few days later, RTD’s own press release noted the new waiver allowed for “continued operation” of the train lines.

The Federal Railroad Administration has been coy through the entire process. The agency did not agree to an interview after repeated requests. In a written statement, an FRA spokesperson said, “FRA has been meeting with RTD and Denver Transit Partners and closely following the steps necessary to manage these issues with their traffic control system and grade crossing warning devices to ensure safe operations and functionality. The FRA will continue to do so until permanent functionality is achieved.”

RTD’s Currey said they will do a better job of disseminating information about progress made on the crossing arm fix. A press conference is scheduled for Thursday.

A Line trains go over 12 at-grade crossings on their way to and from the airport; the B Line route has one. The gates at each crossing are controlled by a relatively new technology called positive train control, which Congress has mandated for all commuter trains in the country. The technology uses GPS and other wireless systems to prevent accidents.

Editor's Note Feb. 8, 2016: CPR News has obtained emails detailing discussions between RTD and the FRA that shed some light on issues RTD has had communicating about the A and B lines' problems. You can read that story here.
--

The A and B lines are the first commuter rail lines in the nation to have the technology built into them, rather than retrofitted. That’s why Denver Transit Partners has run into issues implementing it, Garas said.

“We are the pioneers of this brand new technology,” she said. “In five years we're going to be a model for the country and for the world."

But Denver Transit Partners’s executive project director John Thompson told the Denver Business Journal in September that they initially thought a fix would take just weeks and be completed by June.

So why has the fix taken so long? Garas said they’ve since learned more about the problem.

“It's hard to predict and give a schedule, a hard date if you will, in terms of why it wasn't fixed a few weeks later and why it hasn't been fixed yet,” she said. “But we've made a lot of progress."

RTD’s Currey says it’s not clear how many more 90-day waivers will be needed. Until the FRA certifies the lines’ positive train control system, flaggers will continue to man each at-grade crossing as a safety measure. Denver Transit Partners, not taxpayers, are footing the bill for the flaggers and other extra costs related to the positive train control fix.

The G, or Gold, Line, which will run from Union Station to Wheat Ridge, was supposed to open in 2016. RTD even began testing last fall before A and B line issues prompted the agency to put the 11-mile route on hold, Currey said. 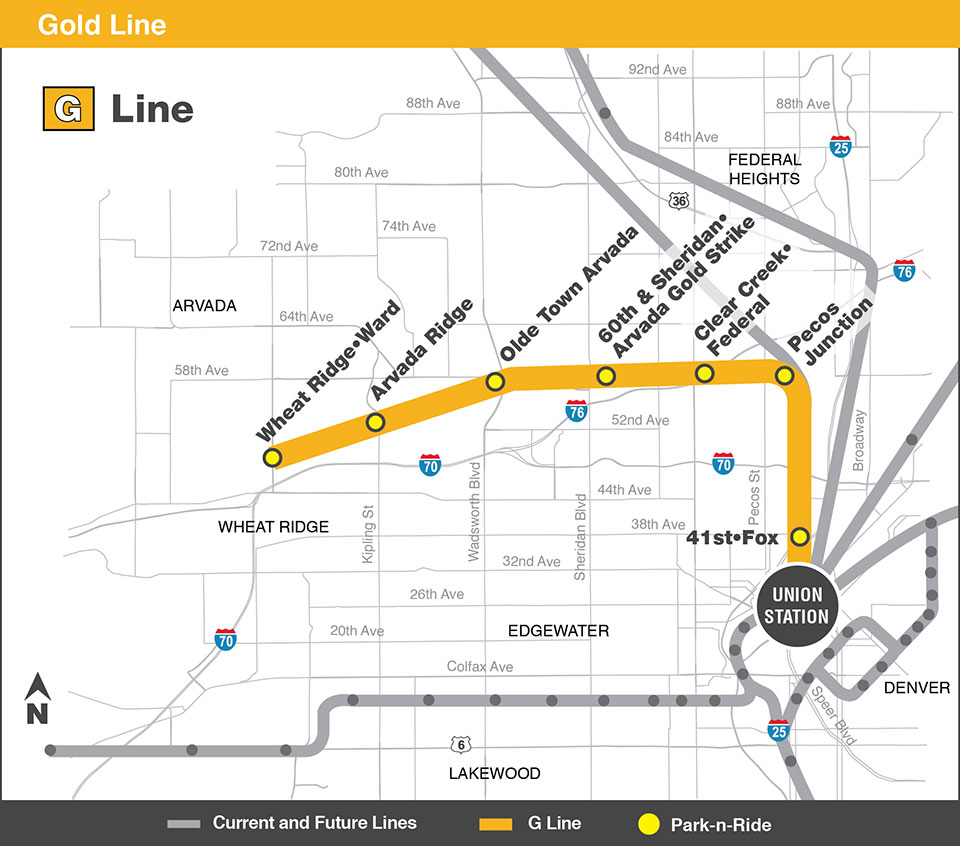 That’s led to frustrations for cities that have been waiting years for the trains to start rolling.

"It's like Christmas got delayed,” said Marc Williams, mayor of Arvada. The train will stop at Olde Town Arvada, where shops and restaurants are waiting impatiently.

“It's a situation where every time I see a news report talking about another day of uncertainty with the A Line of some problem that's cropped up, it just lets me know that it's pushing back our time frame for being able to open the Gold Line," Williams said.

The solution RTD and Denver Transit Partners develop for the A and B lines’ positive train control system will be applied to the G Line, Currey said. Once that happens, Currey said there will likely be another 45 days of testing before the line can open.