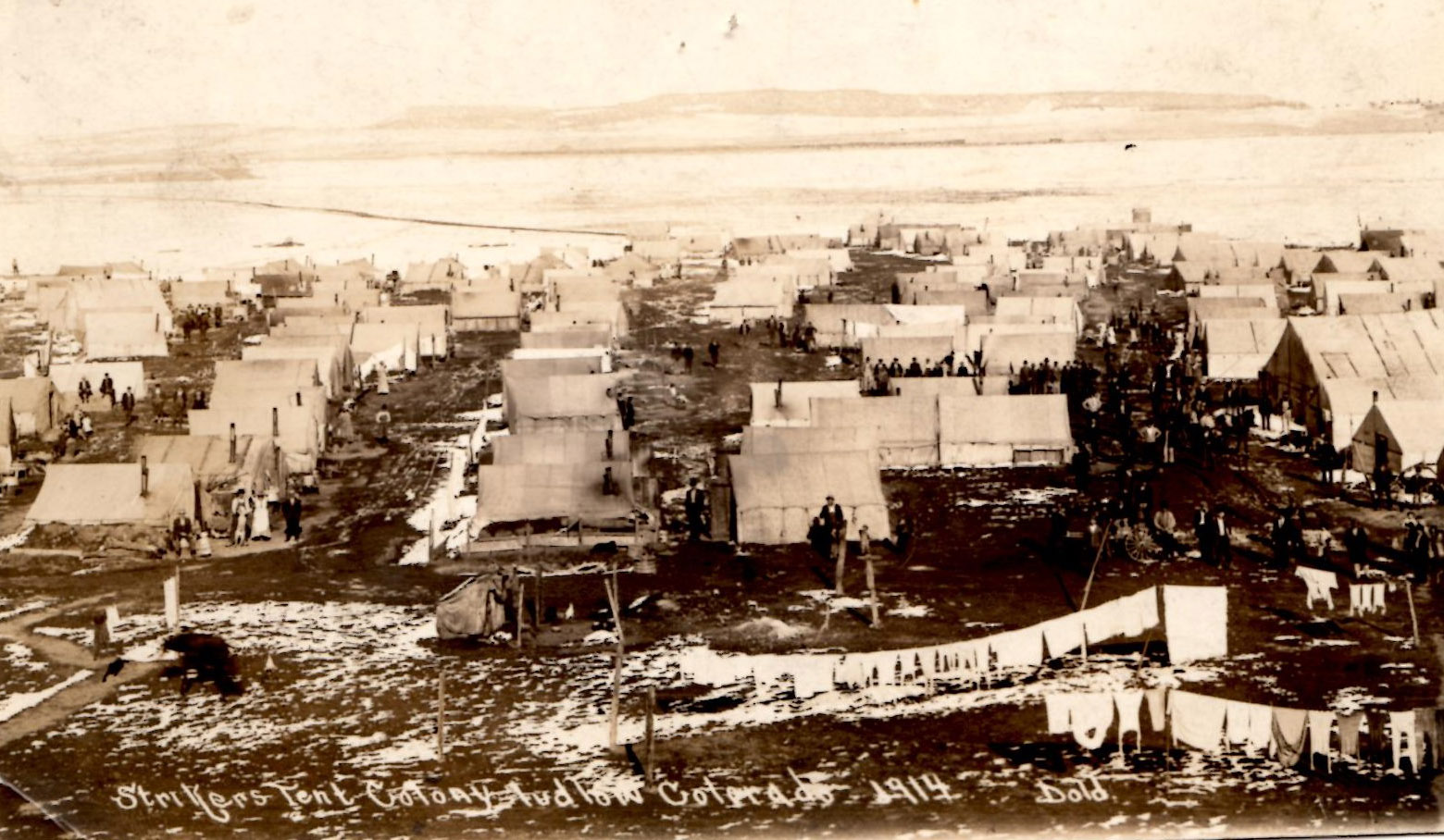 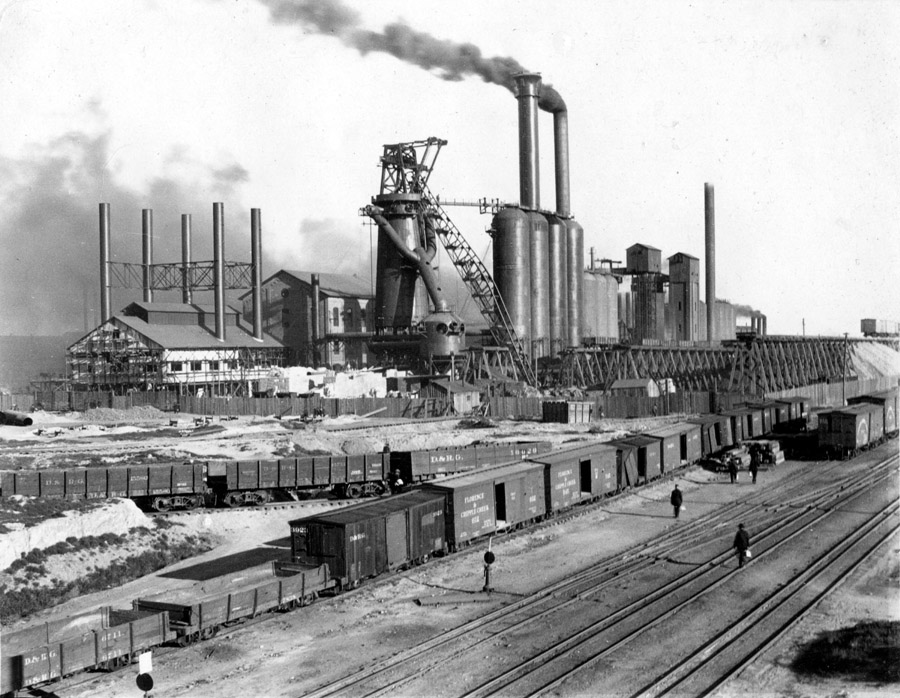 Courtesy of Steelworks Center of the West, Pueblo, Colorado General view of the CF&I blast furnace row and rail yard before the steel mill was fenced. Denver and Rio Grande rail cars are in the foreground. Date is unknown, but most likely in the 1910-1920s.

After a 90-year absence, a Rockefeller has returned to Pueblo. Once considered the wealthiest family in the world, the Rockefellers are often blamed for the 1914 Ludlow Massacre - a notorious event in labor history when striking coal miners and their families were killed in southern Colorado.

David Rockefeller Jr. toured the area and spoke at a Steelworks Museum fundraiser last week. (Listen to the full speech below.)

From 1904 to1944 David's grandfather, John D. Rockefeller Jr., was the majority shareholder in Colorado Fuel and Iron, the huge company that employed thousands of workers at the Pueblo steel mill and coal mines across the state.

David says his grandfather and great grandfather ran the company from a distance and trusted the managers' reports that all was well, when all was not well.

"Not only were Senior and Junior physically absent from Colorado mines, but their well known wealth must have created an additional chasm between the owners of capital and their laborers. Add to that the rugged and dangerous conditions endemic to mining, and CF&I was a simmering revolt ready to explode," David says.

Although it took more than a year after the Ludlow Massacre for John D. Rockefeller Jr. to visit the site, David says, "Ludlow was his wake up call." It changed his grandfather's labor management practices for the rest of his life.

David oversees a large financial management company and serves as a director of the multibillion dollar philanthropic Rockefeller Foundation. He says absentee owners, like his grandfather once was, must be held responsible for what they do not know first hand, and that "wealth disparity is salt in the wound for those who work hard and earn little."

He says compassion and making an effort to learn more about people who are different politically, culturally and economically are also crucial. Big money in politics, accountability of public servants and fear of immigrant laborers are among today's national issues that David says seem eerily similar to what was going on in Pueblo a hundred years ago.

"History has shown us how the most fortunate become fearful and retreat into moated castles, fortified compounds and gated communities," David says, "When the rich get richer, their walls get higher."

He says he sees the issues of Ludlow still in play today, and isn't the only Rockefeller to do so. He quoted a letter he says his niece wrote to the leadership of the companies building the Dakota Access Pipeline in North Dakota: "As a descendant of John D. Rockefeller Jr., I ask you, please don't let Standing Rock be your Ludlow."

David says he didn't come to southern Colorado to personally apologize for something that happened long before he was born, but rather he says he came in the spirit of humility to learn from what happened at Ludlow. He says what he saw was the pride Pueblo has in its CF&I history.

In his speech, which you can listen to below, David Rockefeller Jr. pointed to six lessons from Ludlow and four for our own time: