Boulder County Commissioners mapped out next steps Tuesday as they prepare for the end of a five-year moratorium on oil and gas drilling on May 1.

Those plans include collecting baseline data to monitor drinking water and air quality, filing amicus briefs in support of lawsuits that challenge the industry’s status quo, implementing policies to curb fossil fuel use and address climate change, and a push for Colorado to adopt stricter rules regulating methane that leaks from oil and gas equipment.

“It doesn’t mean this fight is over,” said Boulder County commissioner Elise Jones. “It means we’re adopting new strategies to take this on.”

Following a long five-year rolling moratorium on applications for development, Boulder County adopted some of the strictest rules regulating oil and gas development in the state in March. The rules include provisions for monitoring air and water quality, as well as disruption payments to residents if they have to move to an alternative site during drilling.

Boulder County itself has been the subject of legal action from Colorado Attorney General Cynthia Coffman, who challenged the county’s moratorium against oil and gas drilling. That’s something that commissioner Jones said will become mute May 1 when the moratorium expires. 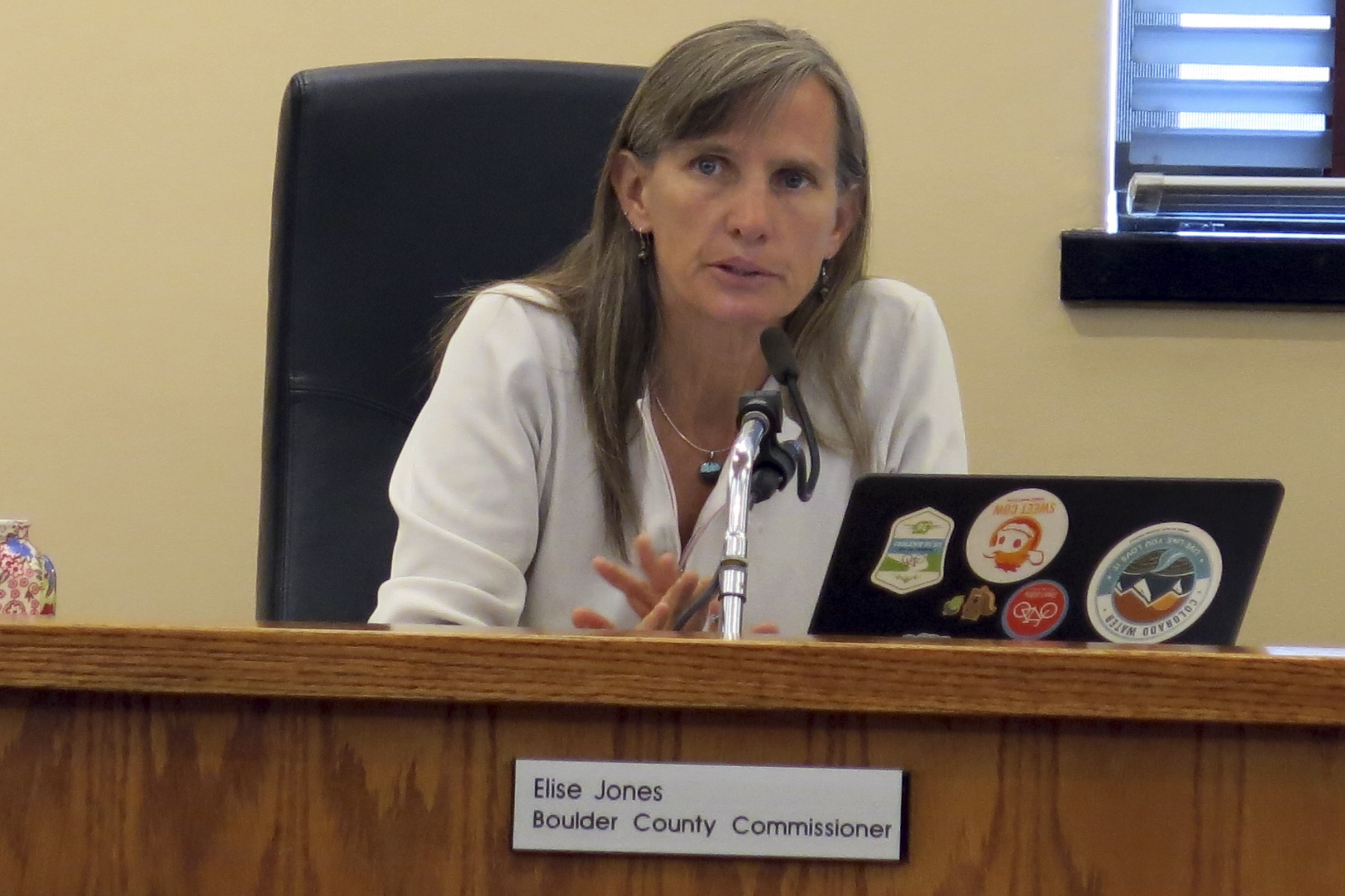 “We said it was a waste of taxpayer dollars and it was unnecessary. And indeed that’s exactly the case,” said Jones.

Crestone Peak Resources has filed an application with the state to develop a comprehensive drilling plan in the northern part of Boulder County that could lead to more than 200 wells. The drilling plan has only been used one other time in state history, in Gunnison County.

If adopted, it could give Crestone exclusive access to drill in a 12-square mile area. Even if Crestone gets approval from the state, it would still have to go through a local permitting process in Boulder County.

The county has extensive plans to monitor groundwater in 2017. The county says it will collect about 400 samples over the next 18 months. The county will also collect air quality data near Boulder Reservoir to establish a baseline, so it can monitor potentially harmful VOC emissions.

A methane leak inspection program has already been launched for about 300 wells, many of which are older. Using infrared cameras, the county said it found that about 45 percent of sites have leaks. Colorado law requires operators to inspect oil and gas equipment for leaks. But smaller producing wells are only required to be inspected once, according to state regulations.

“The cameras, the sensor technology the VOC monitoring study — all of those things are important strategies that we need to keep in place and strengthen,” said commissioner Cindy Domenico.

On the legal front, Boulder County plans to support efforts to challenge Amendment 71, a 2016 ballot measure that raised signature thresholds for statewide constitutional amendments. The county may also file amicus briefs in support of other legal challenges to the industry, including a lawsuit filed by Greeley Triple Creek residents against the Colorado Oil and Gas Conservation Commission.