If you’re homeless in Denver, what can you do with all your stuff? If you’re lucky, you have a car or maybe you snagged a locker at the St. Francis Center. For many though, the answer is to carry it — all of it.

All of those things add up. And most shelters don’t allow patrons to take many belongings with them inside. So some decide to eschew the indoors and stay outside with their belongings.

While there are other factors as well, the issue of storage contributed to an increase in homeless camps, especially near Park and Lawrence in downtown Denver. The city, in a controversial move, cleared those camps more than once.

But now, the city has announced it will spend $160,000 on two pilot projects to provide 210 more storage lockers for those experiencing homelessness. Some service providers say the announcement is a move in the right direction for the city, which has found itself the subject of harsh criticism and even a federal class-action lawsuit over the enforcement of its camping ban.

Julie Smith, spokeswoman for Denver’s Road Home, says those lockers are a direct response to the complaints they heard from advocates following the sweeps.

"We heard loud and clear from the community that they needed more and better options,” Smith said. 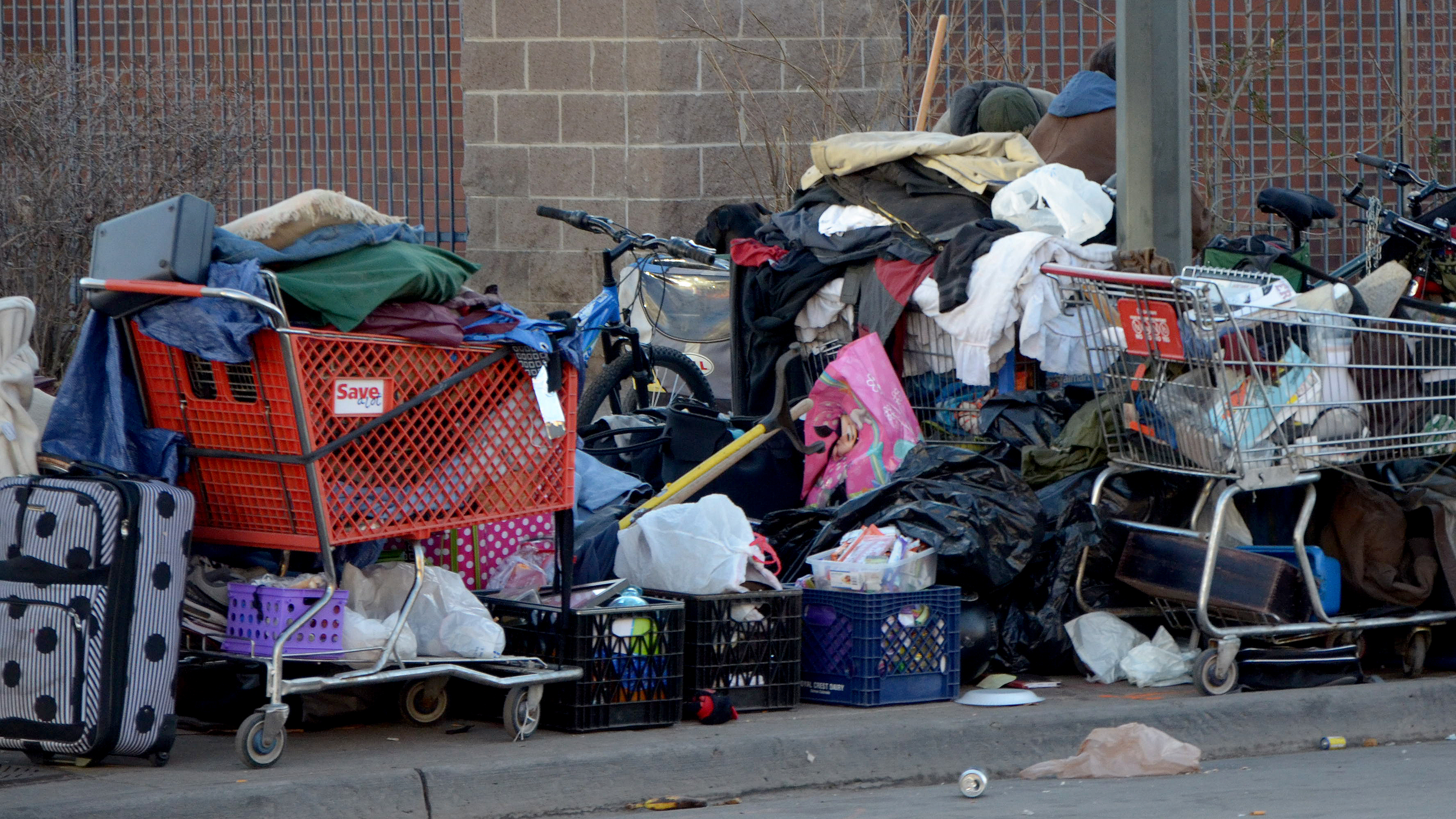 The first of those options are 10 large outdoor storage units outside the Denver Rescue Mission. The Rescue Mission’s CEO and President Brad Meuli said the lockers will help people access services — and ultimately get a job.

"I have no doubt that they will be filled up quickly and people will start using them,” Meuli said. “The question in my mind will be, 'is there enough storage?' "

Denver’s Road Home, a city agency, paid $3,000 for each unit at the Rescue Mission. People who want to use a locker will have to sign an agreement and provide contact info to Denver Public Works, which will administer the project. They will be expected to be accessing training, shelter or other services, Smith said.

Each unit can be used for up to 30 days, with the ability to extend use for another 30. The city will evaluate the sidewalk storage pilot project in August.

The other 200 lockers will be placed at St. Francis Center’s Capitol Hill location. Those will be available in June and will be physically smaller in size. St. Francis already has 550 lockers available at its downtown day shelter, said executive director Tom Luehrs.

"As the number of people has grown, we just see the need as a community for more opportunities for people to store their things," he said.

That project will last about six months and cost $130,000 to set up, Smith said. City officials will review it at the end of the year to decide if it will continue.

Luehrs has been critical of the city’s sweeps of homeless camps. But he said he’s encouraged by the two projects, calling them a "move in the right direction."

"It certainly is a good beginning," he said. "I think for people to hear and understand that one of their requests to the city was answered, was responded to, certainly for some people that will help them be more trusting."

But despite that, Luehrs said the city has much more work to do to keep the promises it made when it enacted the camping ban five years ago. One big one, he said, was a 24-hour rest and resource center that has yet to be built.

“It would be [open] 24 hours, so if people had no other place to go they know that place would always be open,” he said.

Expanding services, Luehrs said, is a proven way to get people back on their feet.

"Most people, if not all people in my belief, don't want to be living on the streets," he said.