Six months after Denver began to enforce its new rules on short-term rentals on sites like Airbnb and VRBO, the number of listings has dropped by nearly a thousand.

In December of last year, there were 3,751 short-term rental properties in the city. That’s dropped to 2,808 as of Monday, according to data compiled for the city.

But more than half of the remaining listings are properly licensed. While other cities have struggled to get hosts to comply with their local rules, Denver’s compliance rate is currently at an impressive 62 percent. It’s also the first U.S. city to allow hosts to get the necessary license and permit online. 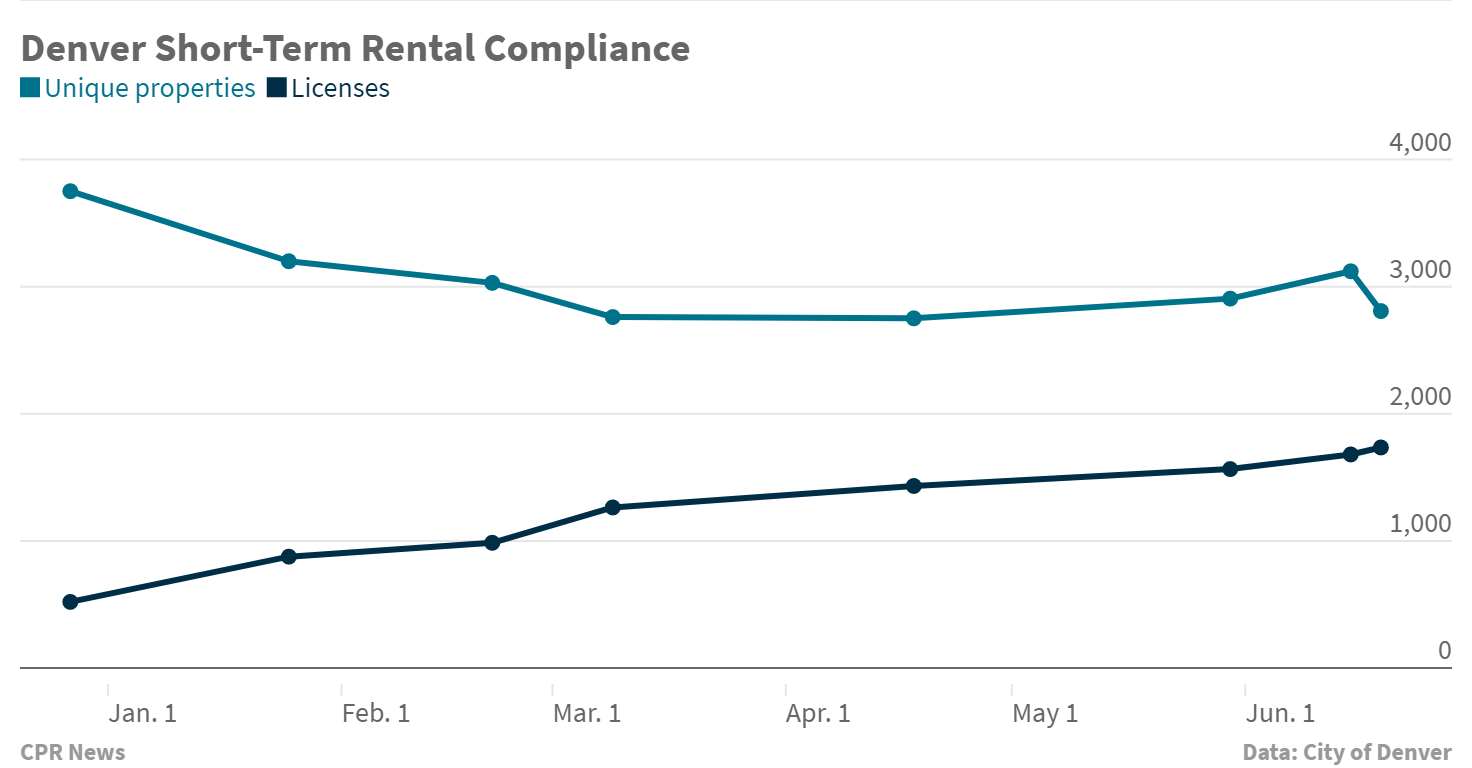 The regulations are Denver’s first attempt to get a handle on the relatively new industry that pitted neighborhood advocates and city officials against professional landlords and vacation rental companies like Homeaway. Some City Council members worried that homes and apartments that would otherwise be long-term rentals were instead being rented to tourists.

To address that, the City Council passed regulations that allow short-term rentals only in a landlord’s primary residence. That provision allows for residents to rent out their own homes. But it’s forced professional landlords to make adjustments -- and it's contributed to the decline in rentals available.

‘That Was A Good Run’

Monika Ganey was one of those landlords. She rented out two Congress Park apartments on Airbnb and grossed about $2,000 a month from each one.

When the city’s regulations kicked in, Ganey briefly switched to medium-term rentals for traveling professionals. But she said that lead to empty units for months at a time. And she didn't want to rent them long term because she’d had bad experiences with that in the past.

So with mortgage payments due every month, Ganey decided to walk away.

“We saw no future in the rental,” Ganey said. “It just wasn't going to work. So we sold it.”

Another landlord, Christy Miller, is still in the game. She switched her two short-term rentals in a West Washington Park Victorian to medium-term rentals aimed at traveling professionals. 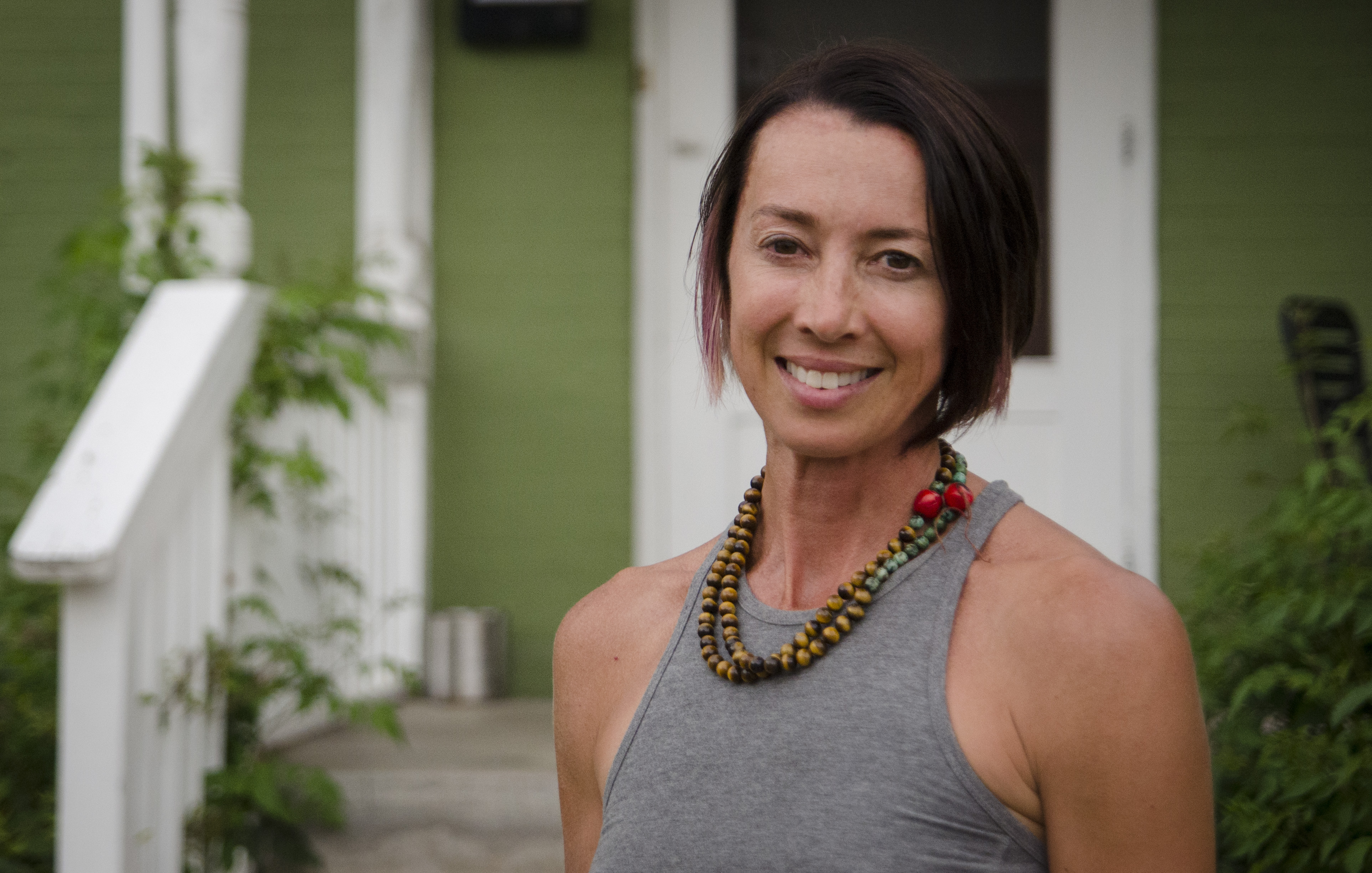 “I changed my model to try this out to see if it would work,” Miller said. “And if I have to change again I will."

Nan Altman found herself in a similar situation, and likewise moved her rentals to medium term. One of her properties made 60 percent more as an Airbnb than it did as a yearly rental.

City Happy With Results So Far

While they can issue fines to non-compliant landlords, city staff say they are focusing on education first. They’ve sent out nearly 1,500 warning letters to hosts who've broken the law, but issued only 18 citations so far.

That picture has gotten much clearer as of late. There was little data available when Denver city staff began researching short-term rentals in earnest a few years ago. But the city now contracts with a data-harvesting company.

In a statement, an Airbnb spokeswoman called Denver's regulations "fair and reasonable" and said the company is proud to work closely with the city. Batchelder estimates Airbnb accounts for the lion's share of short-term rentals in the city.

Batchelder said the conversation around short-term rentals has changed from the heated public debates of a year ago. He runs the city’s Short-Term Rental Advisory Committee, and does his best to get neighborhood advocates and landlords talking civilly.

“People understand that everyone is a Denver resident, a Denver neighbor. And everyone wants this to work,” Batchelder said.

Cindy Sestrich, a Cheesman Park resident, sits on the committee and has been critical of short-term rentals for years. She’s waiting to see how things may change as the city gets more aggressive with enforcement.

But for now, she said, "I just think it's going in the right direction."