The holiday season often means a lot of down time spent traveling or just relaxing on the couch. If you're like us, you might use those hours as an opportunity to listen to your favorite podcasts or discover some new ones.

2017 was the strongest year yet for our podcasts at CPR's OpenAir. We recorded more than 100 exclusive performances for OpenAir Sessions and featured nearly 30 artists on Inside Track, our series on new music and the artists who create it.

We picked a few favorite episodes from 2017 your listening pleasure. Check out those highlights below. And subscribe to our Inside Track and OpenAir Sessions podcasts to get the latest episodes.

Also, check out some recent podcast offerings from our colleagues at CPR News (The Taxman) and CPR Classical (Centennial Sounds and The Great Composers).

Bassist Stephen Bruner has collaborated with plenty of musicians in the hip-hop and jazz world, including a Grammy-winning track with Kendrick Lamar. But his most recent musical partnership may have surprised even his biggest fans. He tells us how he got soft rockers Michael McDonald and Kenny Loggins to play on his new album, "Drunk."

Hear the Thundercat episode of Inside Track. 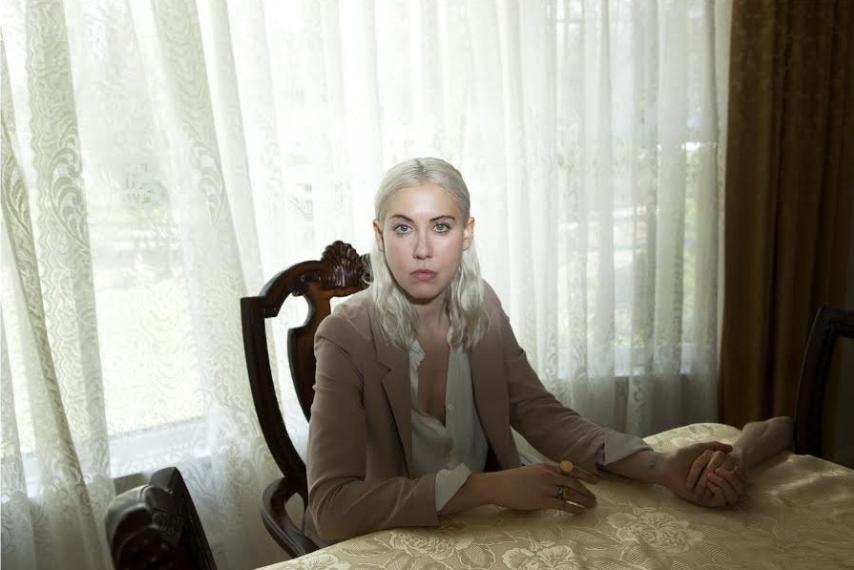 (Photo: courtesy of the artist)

After releasing two albums as Torres, Mackenzie Scott got back to her favorite activity: walking. She made 10-mile treks through New York City to clear her head. She tells us how that constant motion inspired her new album, "Three Futures."

Hear the Torres episode of Inside Track.

The singer-songwriter has tried out a lot of different sounds in her 40-year career. For her latest, she decided to make the music sound as sad and downtempo as possible. Mann sings about depression, alcoholism and other unpleasant topics on the aptly titled "Mental Illness."

Hear the Aimee Mann episode of Inside Track.

"Dream pop" is a label that's often used to describe the music of Toronto band Alvvays. But singer Molly Rankin finds inspiration from an unlikely source: her vivid nightmares. On "Antisocialites," those terrifying experiences are set to irresistible melodies.

Hear the Alvvays episode of Inside Track.

Hurray For The Riff Raff

Alynda Segarra moved from New York to New Orleans as a teenager. When she returned to her childhood neighborhood, the effects of gentrification had made it unrecognizable. That experience inspired her latest album with Hurray For The Riff Raff, which tells the story of a time-traveling Puerto Rican girl.

Hear the Hurray For The Riff Raff episode of Inside Track.

Natalie Tate has long been a local favorite in Denver, both for her solo work and for playing with bands like Ark Life. Her second album, "Broken Open," finds her working with more electronic instruments and collaborating with members of Chimney Choir and Clouds & Mountains. She shared some of that music during a memorable session.

The Band Of Heathens

The Austin, Texas, quartet stopped by our studio before a pair of Colorado shows. The album "Duente" features an energetic blend of Americana, jam band music and country. The band's set in our studio made it clear why they've been a live favorite in their hometown and beyond for more than a decade.

Listen to The Band of Heathens' session at CPR.

JJ Mitchell and Hana Elion made plenty of waves in 2017 with "Young," their debut album as Overcoats. We enjoyed their Tiny Desk Concert, so it was a thrill to have them in our own studio for a three-song performance. They told us how they met as students at Wesleyan University who quickly bonded over a love for country act The Dixie Chicks.

The Denver hip-hop band visited us shortly before the release of its fiery new album, "NOENEMIES." This session was particularly powerful as it featured backing vocals from gospel group Spirit Of Grace.

This was a one-of-a-kind session: Denver experimental pop artist Kerstan Wallace had never played any songs from his debut LP for a live audience. We were lucky enough to be the first to see his live show, and it was one of the most compelling sets of the year.