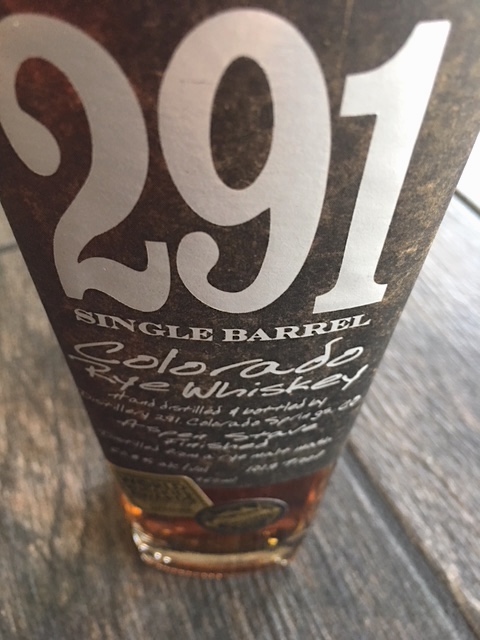 Distillery 291 in Colorado Springs, Colorado, wins 'Best American Rye" for the second time at the World Whiskies Awards on Tuesday, February 27, at Brandy Library in New York City. Whisky Magazine, based out of the UK, categorizes select countries for the first round, from there the winners move forward onto the global awards in London that take place on Thursday, March 22. RMFR catches up with Michael Myers, owner of Distillery 291, while he’s still on the East coast and he shares with us how he’s savoring the moment.

"It’s great," says Myers. "I have an amazing team that helps me get to these levels and I couldn’t do it by myself. I’m excited to do more and to see what happens in London."

Myers says he is humbled and doesn’t take anything away from his worthy competitors as he praises the talent within the craft industry and the historically recognized distilleries he contends with.

"Distillery 291 being ‘Best American Rye’ whiskey is an amazing feat in itself," says Myers. "I’m going up against people that have been making whiskey for a long time that have a lot more knowledge than I do. Plus, craft distilleries that are working their butts off to make the best whiskey they can possibly make."

Colorado is no stranger to the winners table with strong representation from Denver’s Laws Whiskey House, who won "Best Rye Whiskey" in the global category in 2017 and multiple achievements from Breckenridge Distillery.

Myers was present in London a few weeks ago as one of the 50 judges to blind taste the long lineup of various whiskey styles that come from all around the world. He notes that 291’s rye is "really good and different" due to a unique grain bill that sets his product apart.

"It’s not your normal rye," says Myers. "Our whiskey has a very big mouth feel and a lot of depth and character. This is my traditional rye that we make daily."

Colorado also stands out as one of the only states that offers an organized spirits trail that the Colorado Distillers Guild announced at the recent Hearts & Trails Spirits Festival in Denver, at Mile High Station. The Colorado Spirits Trail is a collective map that features 45 participating distilleries with opportunities to visit the establishments, receive stamps and earn perks. Ten inky blots equals a t-shirt and frequent them all to obtain the grand prize, a signed bottle from every distillery on the list.

"The only other tour like it is in Kentucky," says Myers, in reference to the state’s famous bourbon presence. "Its a really cool thing that’s going on and Colorado is really blazing the trail for the spirits world."