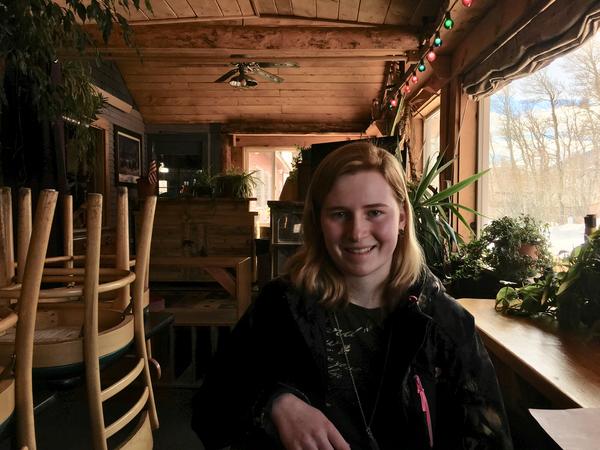 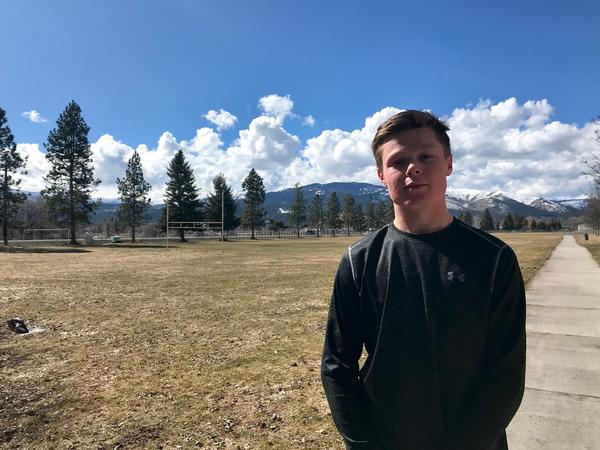 This weekend, hundreds of thousands of teens are expected to march on Washington D.C. and around the country, calling for gun control. The Mountain West News Bureau spoke with two students in Montana and Wyoming who do not plan to march, and are worried gun control reform could change their way of life.

High school senior Brayden Brandt was chilling with a friend next to his pickup truck in Missoula, Montana.

“I think a lot of people are afraid of guns,” said Brandt. “Maybe that’s why they’re against them.”

But for Brandt and many kids in states like Idaho, Montana and Wyoming, guns are a way of life. They’ve been shooting them as soon as they were old enough to pull a trigger.

“For my first birthday, my dad’s buddy got me a Chipmunk .22 single shot long rifle. I started shooting that probably when I was five or six with assistance from my dad,” said Brandt.

He said his dad and grandpa collect guns - pistols, hunting rifles and AR-15s.

“I’ve grown up with guns my whole life,” said Brandt. “My dad and grandpa are really fond of them.”

But one of the reasons Brandt feels safe in his school is because they have a designated police officer there. Although he recognizes that armed officers didn’t stop the Parkland Shooting.

“I’m a firm believer that police can’t protect everyone,” said Brandt. “And so, that’s why we have the second amendment, so people have the right to protect themselves and protect their families.”

And he said people who are afraid of guns need to get more comfortable with guns--even learn how to use one.

“I think it would change a lot of people’s views. Because once you shoot one and you’re comfortable, I think it provides an opportunity to know what’s going on and to not be afraid,” Brandt said.

But is he afraid in a climate where mass shootings seem to be becoming more common?

“I choose not to worry about it, because I guess I have no control over it,” he said.

Seventeen-year-old Cortney Borer lives in Centennial, Wyoming, where the population is fewer than 300 people. She goes to high school in Laramie, 30 miles away.

Borer doesn’t talk much in school about her views on guns.

“I don’t really have these discussions with my classmates,” said Borer. “‘Cause I kind of feel as if my voice gets drowned out.”

Borer said some of her peers have become very vocal about gun control since the Parkland, Florida shooting and are, in her opinion, villainizing guns.

“I’ve always seen them as more of a tool. I mean, a dangerous tool that you have to be careful with, but still a tool nonetheless.”

Borer said she’s always felt comfortable around guns as a hunter and as a competitive shooter. She first started competing when she was eleven. She’s gotten good, too, and has won several competitions.

“I mean it’s a pretty nice feeling when you hit that ten-X dead on, it’s like that feeling of accomplishment,” Borer said.

Borer is trying to earn a spot on the women’s rifle team at the University of Nebraska, but she said she is concerned that if the legal age to purchase a semi-automatic firearm is raised from 18 to 21, her plans for college will have to change.

“They don’t provide you with your own guns to shoot with, you have to buy those yourself,” said Borer.

Her concern about gun regulation isn’t just about her college plans. She said gun ownership is a part of life here in Wyoming. For one thing, she said her family hunts for their meat instead of buying it at the grocery store.

“All of our meals, the meat is either deer or elk that we have shot and that we have harvested ourselves,” said Borer.

Still, Borer said she isn’t ruling out all gun control. There is one regulation she’d support – a required gun safety course in order to buy and own a firearm.

Borer turns 18 in May. She plans to buy her own rifle as soon as she does.