Editor's Note: The Spring Fire started June 27 and has continued to grow. This story covers developments and updates that occurred July 4. You can find the latest on the fire here. Our original post continues below.
--

The Spring Fire continues to burn through southeastern Colorado, keeping thousands of homes under pre-evacuation notice and dousing Fourth of July holiday plans.

The fire had grown to 94,125 acres -- just over 147 square miles -- as of Wednesday afternoon. That makes it the third largest wildfire in state history. It remains at 5 percent containment as nearly 1,000 firefighters battle the blaze.

The Huerfano County Emergency Management posted on Facebook Tuesday evening and Wednesday morning that the pre-evacuation area had expanded to now include residents from Highway 69 up to the Huerfano/Las Animas county line. More than 2,000 homes have already been evacuated.

"The crews are doing a remarkable job. They've got some control lines around several areas of the fire, which is great, and hopefully those will hold," Bruggink said. "And hopefully Mother Nature will do us a favor and the winds might die down a little bit and we can go a little more direct on some areas."

Attached is the #southspringfire update and map for July 4th. Happy Fourth of July!! pic.twitter.com/7QDLgQWd7G

Officials said preventing the flames from spreading toward the small mountain town of Cuchara is a priority.

The fire had previously claimed 104 structures in Forbes Park, a mountain housing development started by multimillionaire Malcolm Forbes in the 1970s. It includes a mix of primary and vacation properties, ranging from cabins to larger homes.

Many evacuees have relocated to the Fort Garland Community Recreation Center in San Luis, where the American Red Cross has set up an emergency shelter. About 400 people have checked into the center so far, disaster program manager Bill Werner said. 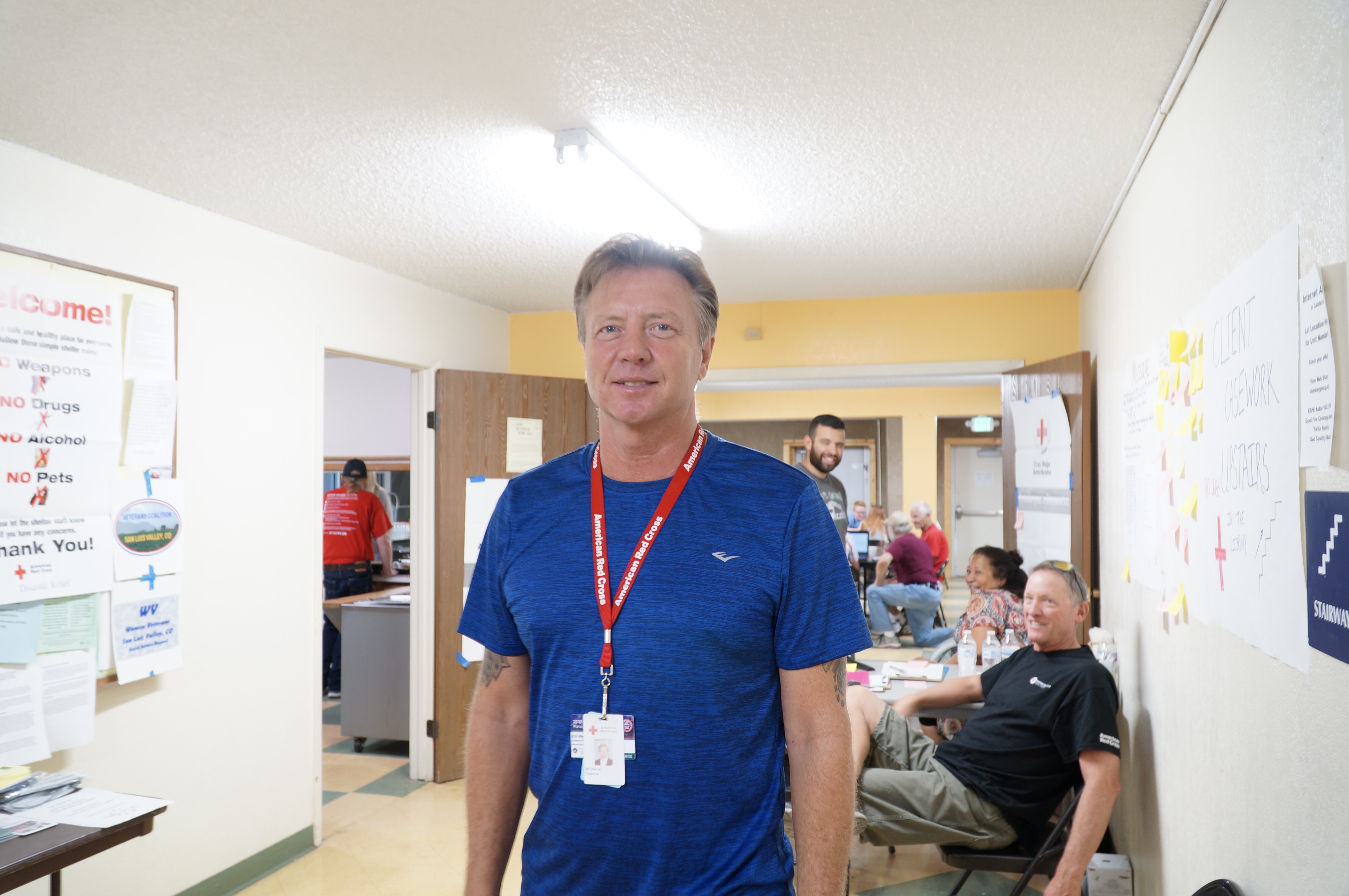 A fraction of those take overnight shelter though, with most choosing to stay at a friend's home, a motel or even in a car first. The majority come to take advantage of meals, showers, laundry and other essentials.

Werner said many local healthcare agencies and restaurants stepped up to volunteer services.

"These are neighbors helping neighbors, and that’s what we immediately want to start happening," he said.

Dave Smith came to the shelter with his wife and their two dogs after their Forbes Park home was put under evacuation notice. He wasn't surprised that a wildfire happened in the area.

"It’s so overgrown, the forest up there is so overgrown. A lot of owners had not been doing proper fire mitigation, so it’s just a matter of when not if," Smith said. 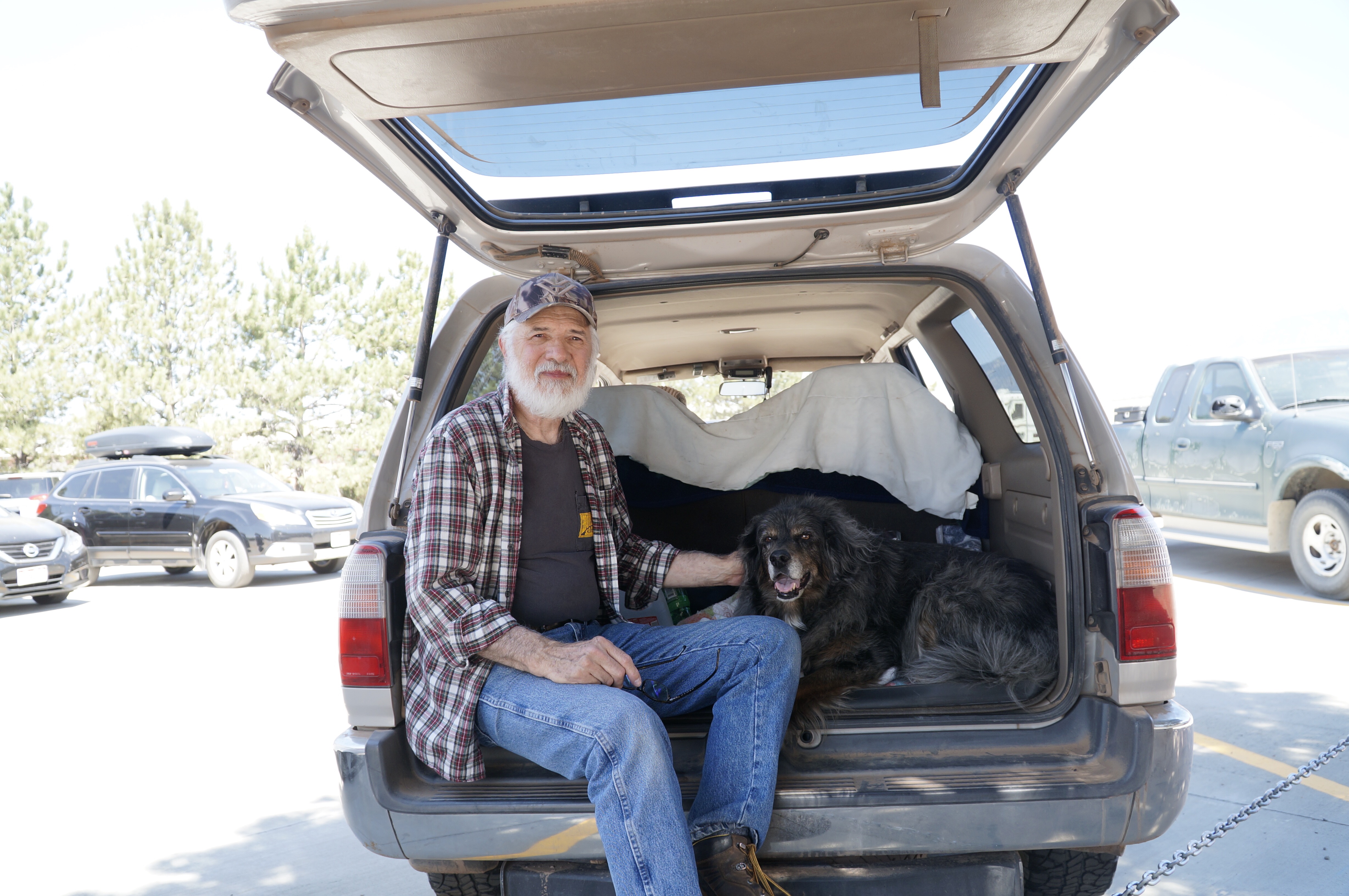 Smith and his wife are considering going to stay with friends in Oregon as they wait for the area to be cleared. Their home is still intact last he heard, but Smith is frustrated about the lack of communication from the county.

Another evacuee, Richard Nagley, was able to change clothes and shave for the first time in awhile Wednesday morning. He said the situation may resemble camping at first, but the appeal wears off quick when you can't go home.

"There is no somewhere else necessarily to go," he said.

Tamara Estes' family cabin, which her parents had built in 1963 using wood and rocks from the land, was among the homes destroyed.

"I think it's sinking in more now. But we're just crying," she said. "My grandmother's antique dining table and her hutch are gone."

"It was a sacred place to us," she added.

Andy and Robyn Kuehler watched flames approach their cabin via surveillance video from their primary residence in Nebraska.

"We just got confirmation last night that the house was completely gone. It's ... a very sickening feeling watching the fire coming towards the house," the couple wrote in an email Tuesday.

Investigators believe the Spring Fire may have been started by a spark from a fire pit. Other fires, like one that began burning in wilderness near Fairplay, were started by lightning.

So far this year, wildfires have burned 4,200 square miles in the United States, according to the National Interagency Fire Center. That's a bit below last year's acreage to date — which included the beginning of California's devastating fire season — but above the 10-year average of 3,600 square miles.

Wildfires continued to rage elsewhere in Colorado. The 416 Fire is now contained at 37 percent. The Lake Christine Fire started outside Basalt, Colo. on Tuesday night after two people fired guns at a shooting range. The wildfire has burned 329 acres, about half a square mile, and spurred evacuations. It is zero percent contained.

Because of the Independence Day holiday, authorities are also concerned about the possibility of campfires or fireworks starting new fires because of the dry, hot conditions. In Colorado, many communities have canceled firework displays, and a number of federal public lands and counties have some degree of fire restrictions in place, banning things like campfires or smoking outdoors. In Silverton, a fireworks display was canceled in favor of live music and a parade. Aspen officials planned a fire-proof display using drone lights in place of fireworks.