Editor's Note: With decreasing fire activity across the state, this story will not be updated after July 12. Our original story continues below.
--

Here are the latest updates on wildfire happenings around the state, including some arrests:

The Smith Fire was reported the evening of July 9 and was started by lightning. Crews worked to set up fire lines.

The Skunk Creek Fire was reported July 8 burning in oak brush near the Wyoming border. The cause of the fire is lightning. Firefighters have been successful keeping the fire contained and not moving toward structures in Wilderness Ranch and Bakers Peak.

The Chateau Fire destroyed at least eight homes and numerous outbuildings. All pre-evacuations were lifted Monday morning. Three Colorado Springs residents, including one juvenile, were charged with first-degree arson in starting the fire, the Teller County Sheriff’s Office reported Monday morning. Each of them faces 4-8 years in prison and a $3,000 to $750,000 fine if convicted. It is believed they left a campfire unattended, the Sheriff’s Office said. 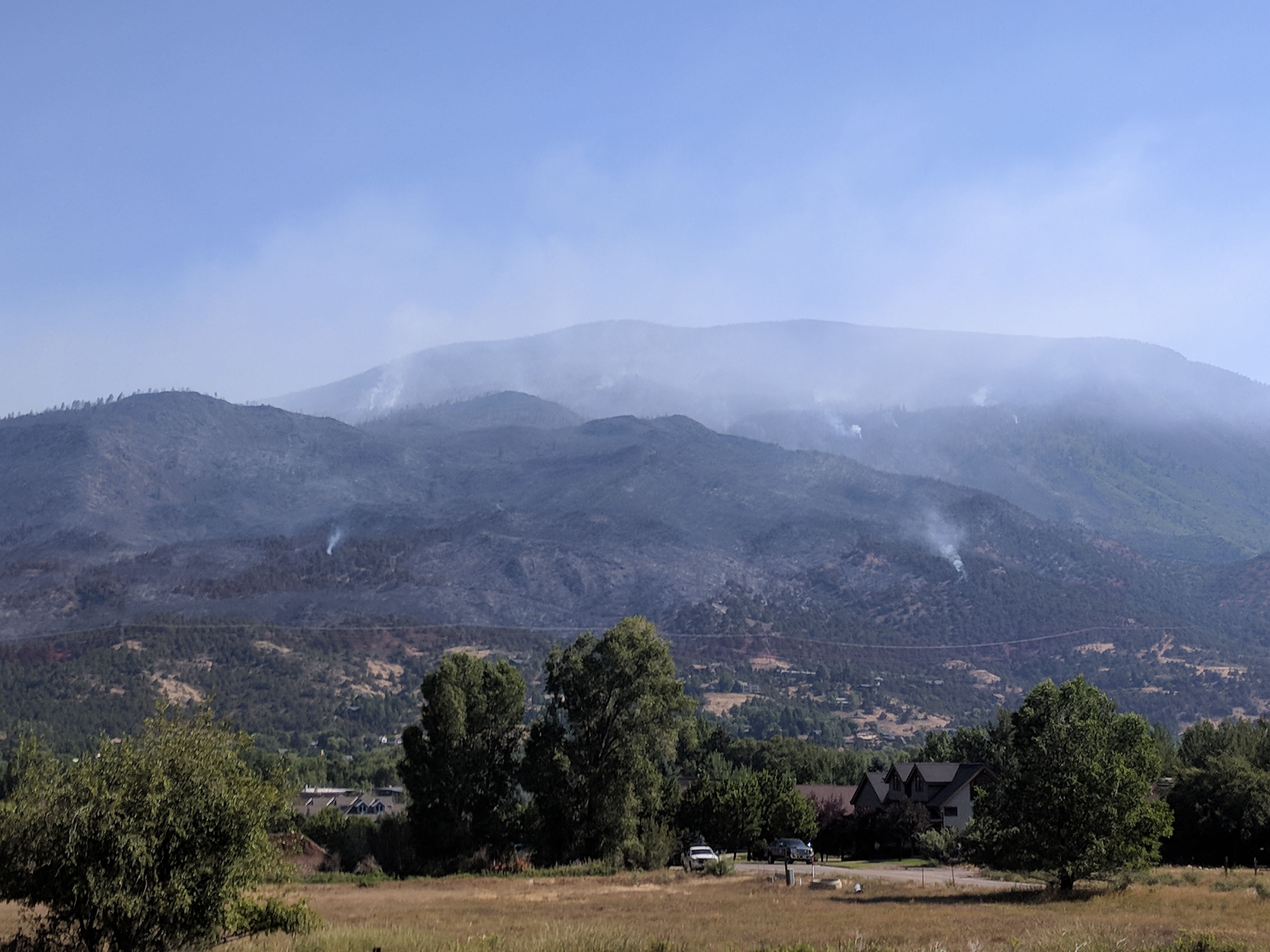 All mandatory evacuations were lifted July 11.

Fire crews continued with mop-ups and hot spot control Monday on the west and south ends of the fire. They also improved fire lines along the southeastern and northwestern perimeters. The Lake Christine Fire began July 3 and spread rapidly on July 4, destroying three homes. Word spread by social media led to an impromptu rally for firefighters by grateful residents on July 10, the Aspen Times reports.

After being forced out to weeks ago, the first group of evacuees returned to their homes Thursday morning. Crews continued to fight fire lines and protect structures. Emergency personnel worked on restoring power to the area Thursday.

The southern perimeter of the Spring Creek Fire is now fully contained. Crews continue to focus on mop-up. There is minimal activity in the southern end of the fire.

The fire started June 27 and is the third-largest wildfire in Colorado history. Fire crews worked to improve fire lines near Road 572 and south of Red Wing on Sunday. They also monitored Tres Valles, Navajo Ranch. 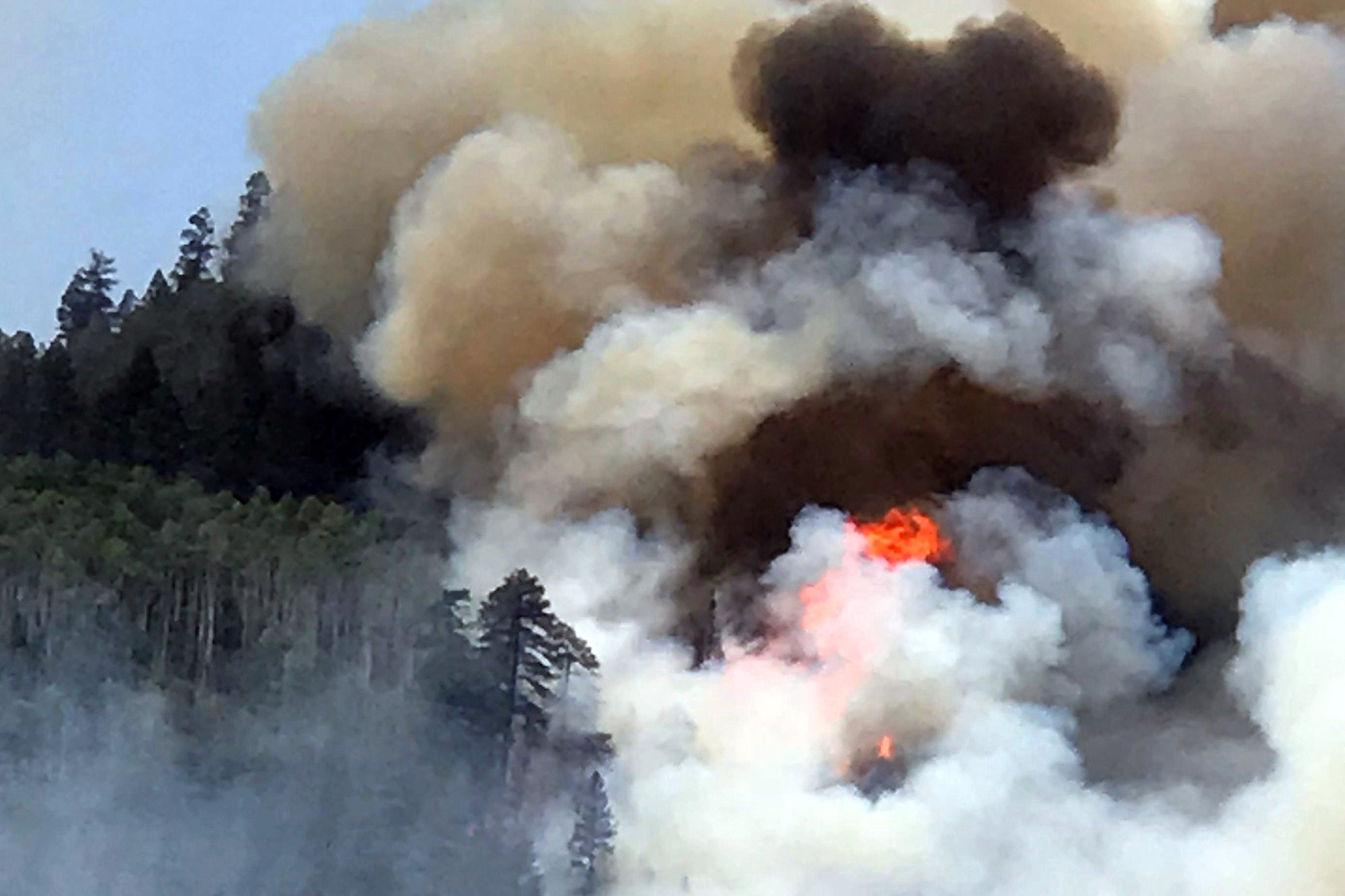 Closure areas were reduced and the Colorado Trail was reopened Thursday. The fire continues not to be a threat.

Most firefighting resources have been released because of daily rain over the 416 Fire. The fire is no longer considered a threat. A national firefighting team brought in to battle the fire is leaving, giving responsibility for monitoring it to San Juan National Forest officials.

Firefighters say it will take a lot of rain or snow to completely extinguish it and it could still produce smoke before that happens.

The fire started June 1 and the cause is unknown.

Closure areas were reduced Thursday and the Colorado Trail was reopened. The fire continues not to be a threat.

Rain on Sunday afternoon reduced the Burro Fire's activity and smoke, but embers continue to smolder. Fire restrictions remain in effect in the San Juan National Forest, and in Montezuma and Dolores counties. The Colorado Trail is still closed from Molas Pass south to Junction Creek. The Hermosa Creek Wilderness is also closed. The Burro Fire started June 8 and is under investigation.

The Sugarloaf Fire was started by lightning June 28. Rugged terrain and numerous dead trees left behind from the Mountain Pine Beetle “bug kill” 20 years ago make the area dangerous for firefighters. Unexpected tree fall and lightning is possible. The fire is not threatening any homes or businesses, Inciweb reported Thursday morning.

The Fawn Fire was reported July 7, burning a rugged and remote area of Piceance Basin. No structures were threatened. The cause was determined to be lightning.

Fire crews continued monitoring fire lines and worked to hold the perimeter of the fire along Highway 285, Thursday morning.

The Weston Pass Fire was started by lightning and has been burning since June 28. On July 10, the Park County Sheriff lifted the evacuation for the Campground of the Rockies. Conditions are still favorable for fire crews, but aircraft have been grounded during storms due to winds.

The Divide fire has been fully contained, Inciweb reported Tuesday morning. The fire began June 29 and the cause remains under investigation.

The Chedsey Fire began burning June 30. The cause is under investigation, and there has been one minor injury reported. Crews will patrol the fire perimeter to monitor for hotspots, no increase in fire activity has been reported.

The Thornburg Fire was 100 percent contained Sunday night. The fire started July 6, and the cause remains in under investigation.

The Buffalo Fire began June 20. The fire area was closed for hot spots and the potential for falling trees. The cause is unknown.