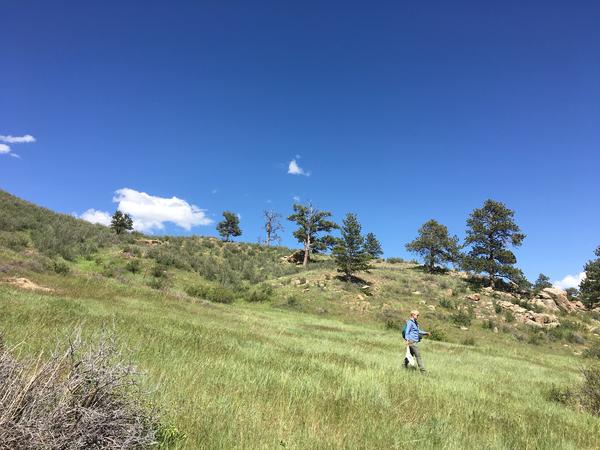 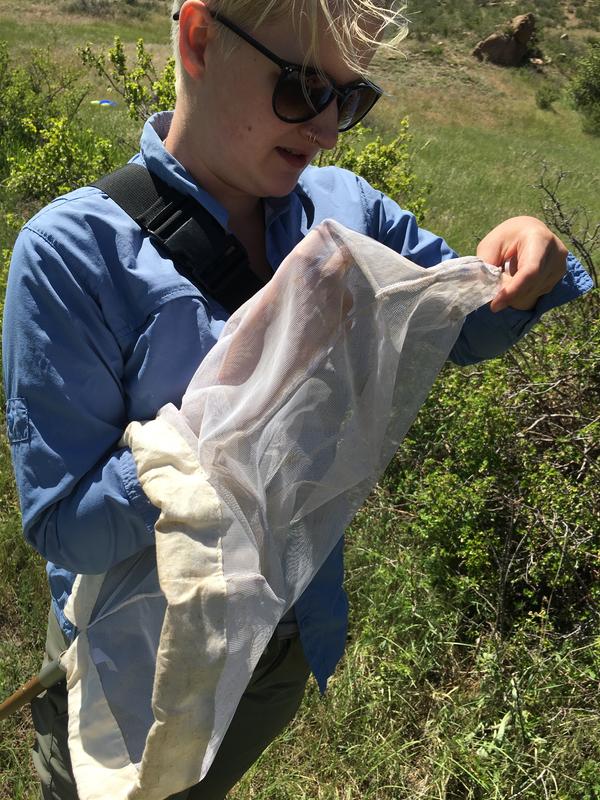 Over the next few weeks, we're going to take you on a tour of some of our favorite public lands.

But entomologist Christy Bell comes for the bees.

She added that it's hard to imagine doing her research without the abundant public lands in our region.

"It would be extremely more difficult because we would have to rely on private landowners allowing us on their land," she said.

Like all entomologists, Bell has to collect her specimen in order to study it. Last summer she set up bee traps on public lands across Western Wyoming. This summer her attention is on Eastern Wyoming.

"We'll have some 12 or 15 hours days," Bell described. "And it's exhausting, but oh god, just being out here and hanging out with bees, it's so worth it. I love it. It's my favorite thing!

Bell is trying to figure out where the elusive and possibly endangered western bumblebee lives in the region. It used to be found in a number of Western states, but not anymore.

Bell said, "There have been populations found in Rockies, and they seem pretty stable, but nobody has looked for this bee in Wyoming.

That is except for her. She said she found a few healthy-seeming populations in Western Wyoming. Now it's Eastern Wyoming's turn.

We doused ourselves in sunscreen and bug spray and walked through a low-lying meadow towards rolling hills green with spring rain. The sun was out and so was the wind, as we trekked up a hill towards Bell's first trap.

"So, we set out three sets of traps at each site," Bell said. "And I kind of try to get them in different areas, so this one is on a hillside surrounded by a lot of mountain mahogany. The ones down there are a little bit more in the streambed area. And then the third set is over there in the trees."

The trap is three plastic cups zip-tied to a steel stake that's stuck into the ground. It's easy to spot, and that's by design. The cups are painted bright blue and neon yellow to look like wildflowers so they'll attract the bees. But when the insect lands in the cup, they're trapped in diluted soapy water.

"Oh, we've got a bee in this one," Bell said as she looked inside the trap. There were also moths, butterflies, spiders, and some flies. Bell used a coffee filter to dump the water out of the cup without losing any of the bugs.

If the bees aren't already dead in the soapy water they soon are when Bell packs them into labeled containers with cyanide. We headed off towards her next trap when a bumblebee whizzed by us. Bell was quick and caught it with her insect net.

It was huge, maybe the size of a quarter, and Bell wondered if it was her bee-the western bumble.

Next, she grabbed a clear vial out of her fanny pack and used the slack in the net to guide the bee into the tube. Then she held it up to the light and took a closer look.

"Ugh, this is not my bee!" she said and explained how she knew. "Western bumblebees have really pale white fur on the very ends of their abdomen. As you can see her stripe on the abdomen is yellow with some black behind it."

After taking a bunch of photos of the bee, she let it go. Bell will go through this process over and over again this summer—trapping, collecting, and identifying bees. And almost all of her work will take place on public land like Curt Gowdy State Park.

Eventually, Bell's work will help inform U.S. Fish and Wildlife Services as they decide whether to put the western bumblebee on the endangered species list. In the meantime, Bell said she's just happy to be outside.