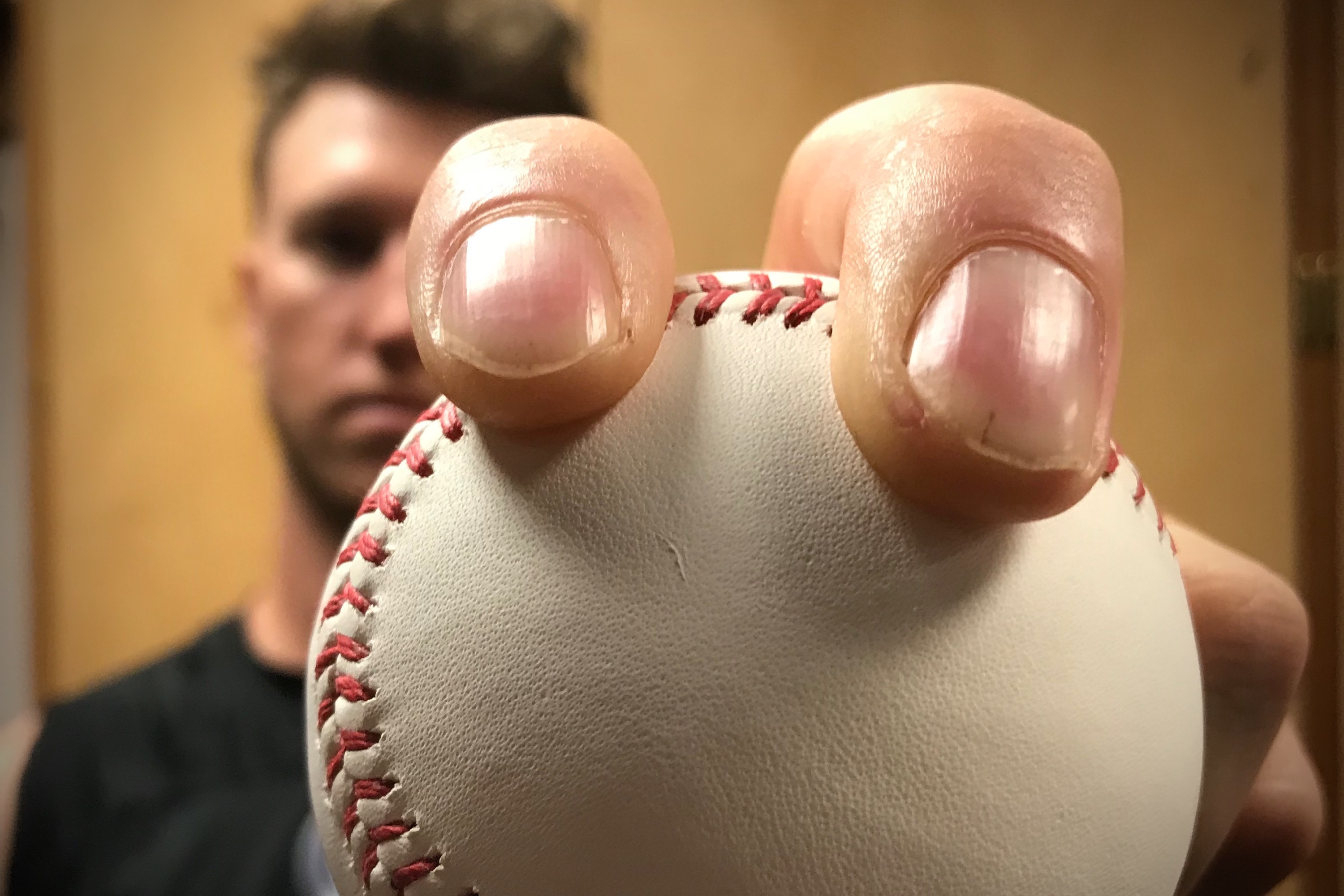 Vic Vela/CPR NewsIt wasn’t that long ago when Coors Field wasn’t so much a ballpark as it was a launch pad. In fact, it was once nicknamed “Coors Canaveral” for all the home runs that flew out of the stadium like rockets through Denver’s thin air.

“It was a place where people could come and if they wanted to see the long ball, they were going to see it,” Colorado Rockies pitcher Kyle Freeland said recently.

Freeland, 25, is a Denver native who grew up watching a lot of ridiculously high-scoring affairs at 20th and Blake, not long after the team became a Major League Baseball franchise in 1993, originally playing at Mile High stadium. In fact, Coors Field historically averages more runs per game than any other major league ballpark, according to Elias Sports Bureau. And through the ‘90s, the team was bent on out-slugging opponents with players like heavy-hitting members of the “Blake Street Bombers” squad.

But times have changed. These days, the team finds itself in another playoff race largely because of something that has long-been considered by some to be the Rockies’ Achilles heel: Pitching.

Rockies pitching is a story of evolution at elevation. Over the last 25 years, the organization has struggled to find ways to counteract the science of pitching at altitude. 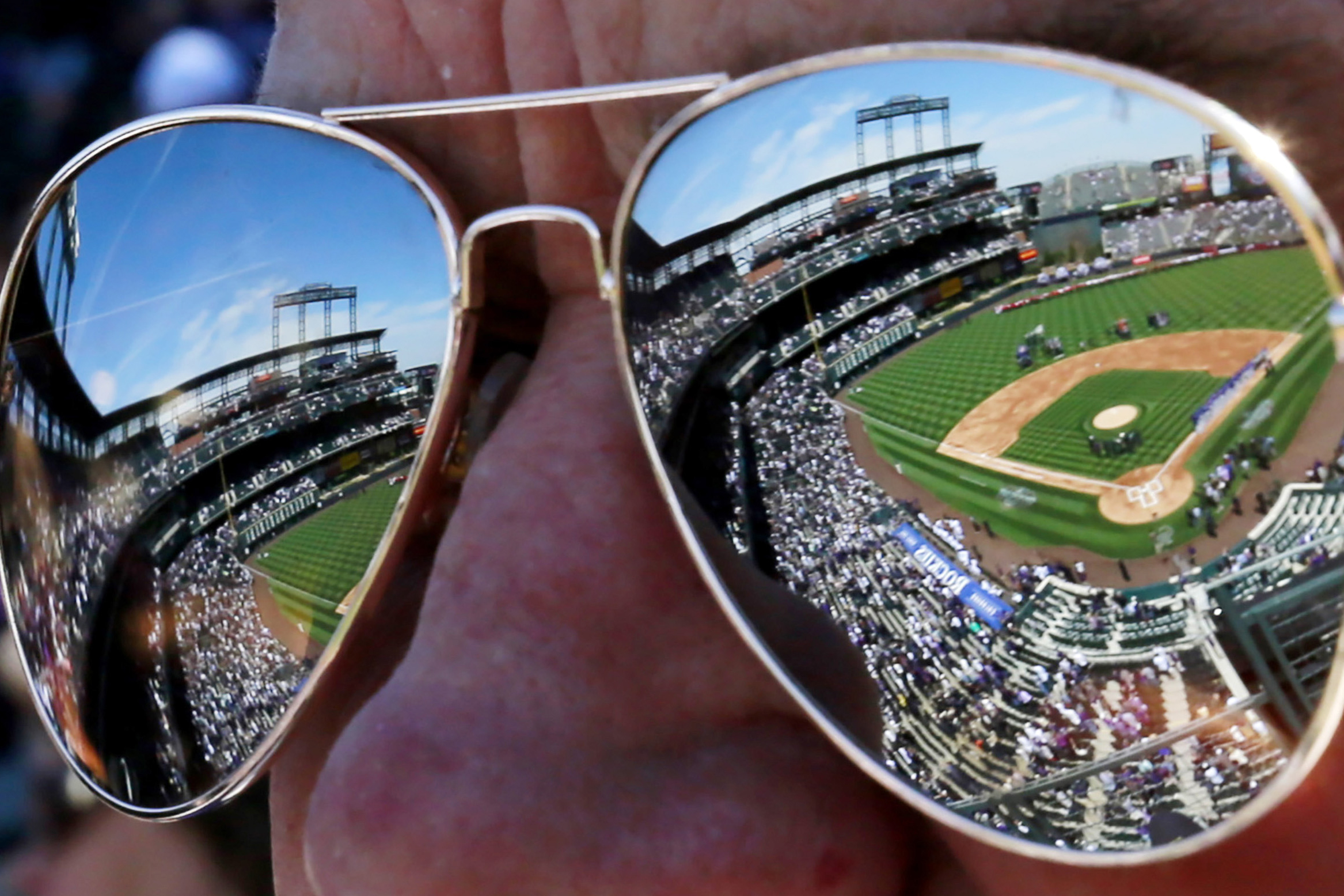 (AP Photo/Jack Dempsey)“Because the density of the air is decreased, as altitude increases, there are fewer molecules in the air, which pose less resistance against a ball,” said Inigo San Millan, the director of CU-Boulder’s Sports Performance Program. So when a bat strikes a ball at Coors Field, that ball moves really fast - and travels 9 percent farther than at sea level.

That means, for example, that when you try to throw a breaking pitch that doesn’t break to a major league hitter, you’re going to get hit - a lot.

Over the years, the Rockies have tried a lot of ways to counteract altitude. They once used a four-man starting pitching rotation instead of the league standard five. They brought relief pitchers into the game in the early innings, and limited hurlers to a strict pitch count. The goal was to avoid strain and to limit a pitcher’s exposure to a batting order.

None of it worked. Rockies pitchers still got crushed.

There’s been a lot of other zany ideas batted around, like turning Coors Field into a pressured dome stadium to combat the thin air.

“There were some ideas out there where you just kind of scratched your head…” Freeland said.

One idea that actually did make an impact was the creation of a thing called the baseball humidor.

“My thought process was, well we can’t change where the stadium is located, but maybe we can do something about the ball,” said Rockies engineering manager Tony Cowell, who in 2002 created the humidor, which stores baseballs at a constant temperature and humidity.

A baseball gets really hard and dry at altitude. It not only flies off the bat, it’s also harder for pitchers to grip and spin, especially a breaking pitch. Baseballs absorb more water inside a humidor, which makes them easier to grip and less bouncy, causing a diminished velocity off the bat.

Cowell’s invention appeared to work. Home runs at Coors Field dropped by 22 percent after the humidor was introduced. But Cowell says the humidor only helps to level the playing a field in Colorado -- you still have to pitch well.

“It doesn’t matter where you pitch, and how much humidity there is, whether sea level or whatever. If you’re not a good pitcher, you're going to get lit up no matter what,” he said.

And for years, Rockies pitchers were still getting lit up, even with the humidor. That’s in part because altitude can also affect the physical performance of a player. It’s harder to breathe. You get dehydrated faster. It also takes longer to recover, especially for pitchers who are working long games.

“It physically makes the effort at altitude harder,” San Millan said. “Lactic acid production is higher (here) than at sea level… and hydrogen ions start interfering with muscle contraction, so anything that requires power, speed, acceleration is decreased.”

“Every player who has come here maybe doesn’t believe it right away, but by mid-season they feel it and they see it,” Ottavino said. “And I think that’s probably been a factor in why there hasn’t been as much longevity with guys on this team as well.”

San Millan was among a group of consultants the Rockies brought in a few years ago for a pitching summit. He was stunned to find that only one of the team’s players lived in Colorado full-time.

“You play about half your games in Colorado,” he said. “There’s no other team playing as many games at altitude as you guys, so if you guys are not adapted, it’s going to be painful.”

So the Rockies took advice from consultants like San Millan. The organization now puts a lot of focus on things like acclimation, extra sleep, hydration and nutrition. 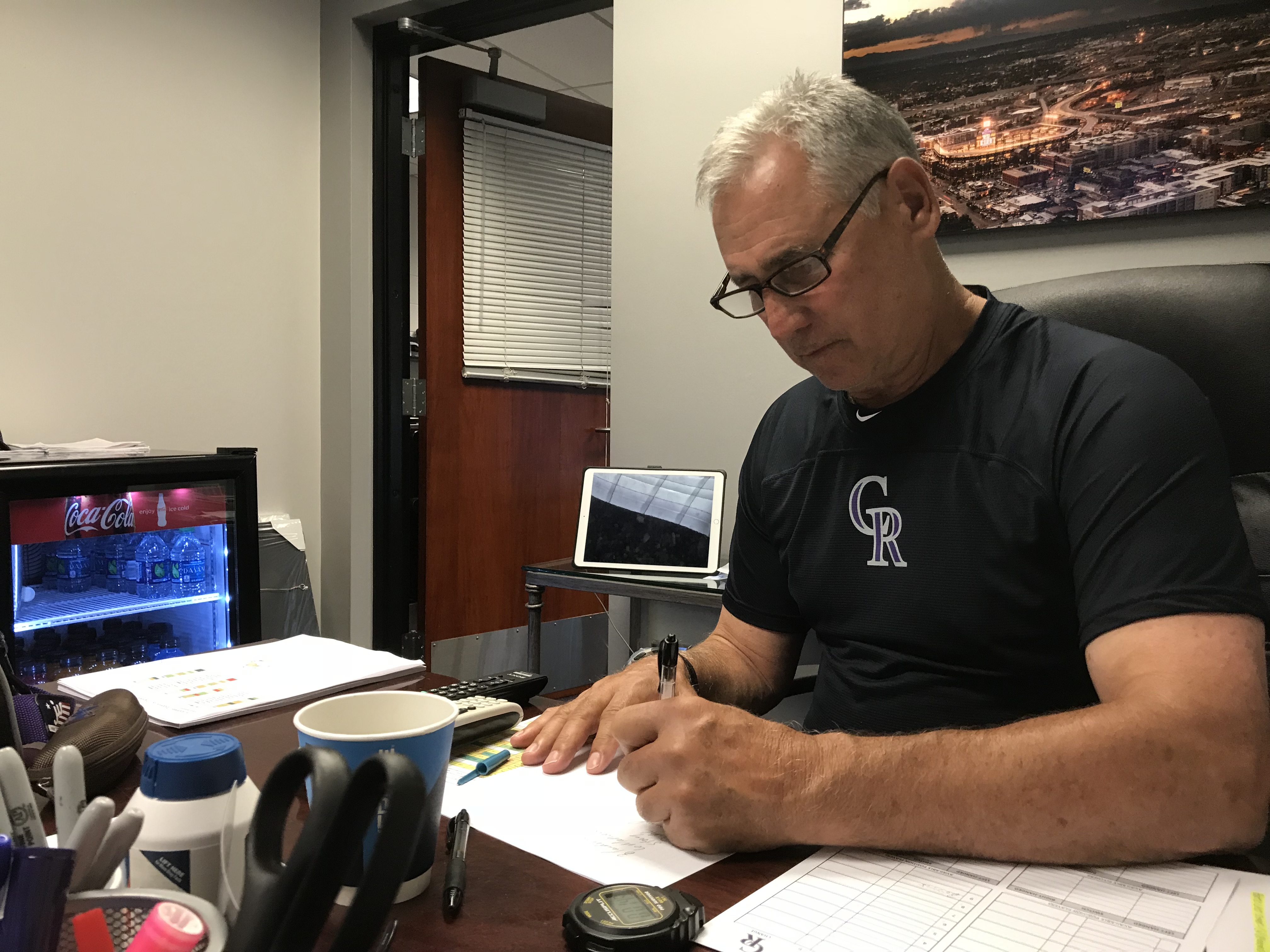 Vic Vela/CPR NewsBut perhaps the most important thing is how the Rockies have started to develop pitchers within the organization. Three-fifths of the team’s starting rotation - Kyle Freeland, Jon Gray and Tyler Anderson - were drafted by the Rockies and were brought up through the team’s farm system, pitching at high-altitude places like Grand Junction and Albuquerque.

“(We used to) try to do it through free agency, and pitchers got spooked and didn’t want to come,” Ottavino said. “And we’re not one of the richest teams in the league either, so we can’t just throw excess dollars at guys to come here. So I think the key is to get them and develop them yourself, and that’s what they’ve done.”

Rockies Manager Bud Black said young pitchers in the organization are taught to embrace “attitude over altitude.” He says pitchers here can’t be consumed with statistics like earned-run average because Coors Field is still a challenging place to pitch.

Kyle Freeland exemplifies the “mental toughness” Black talks about. He’s arguably the Rockies best pitcher this year. But Freeland says the entire pitching staff is better at keeping the ball from getting airborne these days. He says a big part of that is an emphasis on change-up pitches that gets batters out in front of their swing, making it more difficult to elevate a ball off the bat.

“You know, pitchers have stopped fearing the altitude so much and focused on their game and are starting to get the ball on the ground,” he said. “You gotta win with pitching and you gotta have the offense to back it up. And we’ve proven that throughout the past couple of years.”

And you can see it in the stats. According to CBS Sports.com, the Rockies have given up fewer runs than the league average for most of this season.

“The overall depth of the pitching we have right now is nothing like we used to have,” Ottavino said. “And we’re winning close, low-scoring games. These are things that just didn’t happen at the beginning. We had to out-slug everyone. I think we’ve come a long way and they’ll probably stay along this path.”