The smell of fresh spray paint pervades the alley just off of Larimer Street in north Denver. Local street artist Jolt, of Guerilla Garden Studio, paints a small area a yellow color. He steps back to inspect his work—over and over.

“It’s all layering," Jolt said as he sprays. "Like, just layering the paint."

There are three gorilla faces on the wall, all in a palette of greens, yellows, blues. People passing by pause to watch him work.

“I’m just painting my gorilla. Just a classic thing that I’ve been painting for a long time," he said. "It’s kind of a calling card. I’m just stylizing it in a different way."

His work is just one of dozens of pieces of urban art appearing this week as part of Denver’s Crush Walls street art festival. Crush runs through the weekend and leaves murals up for a year along 30 blocks of streets, alleys and parking lots in the city's RiNo Art District. The organizers say it's triple the size of last year's festival.

Jolt—who declined to share his given name—has participated in the Crush festival for many years. He recalls painting in this part of town before anyone wanted to come here.

Besides strolling through RiNo and watching art get made, visitors can see satellite exhibitions at nearby galleries, attend block parties and after parties, try a mini skate park and see a live painting battle between street artists.

Jolt said he thinks it’s cool that the festival has grown. It brings out more artists and more walls get painted. But he hopes the culture of the art form and the neighborhood are maintained. It’s part of the reason he continues to participate.

Crush Walls, originally called Colorado Crush, has turned RiNo into an open-air art gallery since 2010. This year, its size and reputation are both large enough to have attracted national urban art icons such as Shepard Fairey, famous for his "Hope" poster during Barack Obama's presidential campaign.

“I hope it will be one of the top urban art festivals in the world," said Carlo De Luca, the festival's new executive director. De Luca recently opened a gallery in Denver and wants to raise the profile of Crush Walls.

"It will be a destination," De Luca said. "I just want to be able to shine the spotlight on Denver.”

The other attraction to Crush Walls: It's fleeting. Much of the work that's done this year will be painted over next year, just as this year's art takes the place of last year's.

“Urban art, and street art, and graffiti art—it’s about evolution. Ya know, nothing lasts forever. And that’s the beauty of it," De Luca said.

Nearby Jolt’s mural, Brandan Styles, known as B. Zurk or B. Zurk Demon, paints a fence with gaps and uneven boards. The rugged appearance adds to the mysticism of the image. Styles said he likes to create mythology in his artwork.

“I’ve got my magic shriner character," he said as he points to the left side of his work. “Who is putting out cosmic waves to make the demon, who is in his UFO, kind of propel him into the cosmos to search for new mysteries and unknown realms and I don’t know. Those fun kind of things.”

This is Styles first year participating in Crush. He likes street art because people can just stumble onto it.

“It engages folks with art in a space that they thought art may not be at," he said.

Painted murals aren't the only form of street art Crush Walls attendees will see. They also may spot sculptures and crocheted works. Yes, crocheted works. For a third year, Ladies Fancywork Society is showing one of its colorful creations for Crush. This time they’ve hung an alien-like creature from the roof of Matchbox bar.

One of the four women of Ladies Fancywork Society is Tymla Welch. She said this continues their tradition of making a creature for Crush.

"We’ve been having fun making lots of eyeballs," Welch said. "And we’re playing with a different color palette this year."

The creature, named Tina, has many crocheted eyeballs, teeth and scales in hues of orange, yellow and pink. When asked what the crocheting quartet hope people will take away from Tina, they call out a collective answer.

“A warm fuzzy feeling inside ... It’s any kind of feeling you want to have ... I hope it’s a smile ... Actually I feel like she should tell you what you should take away from it. And I feel like it’s kind of cool because it’s going to be different for everybody. I dig that.”

None of them mind that “Tina” will come down in a year.

“I very much enjoy that it’s a temporary craft. That it is an art piece that doesn’t last forever. You have to come see it while it’s up and then it’s gone," Ladies Fancywork Society's Jessica Eaton said.

Last year’s Fancywork installation did go on to find a new home at Grandma’s House brewery in Denver. 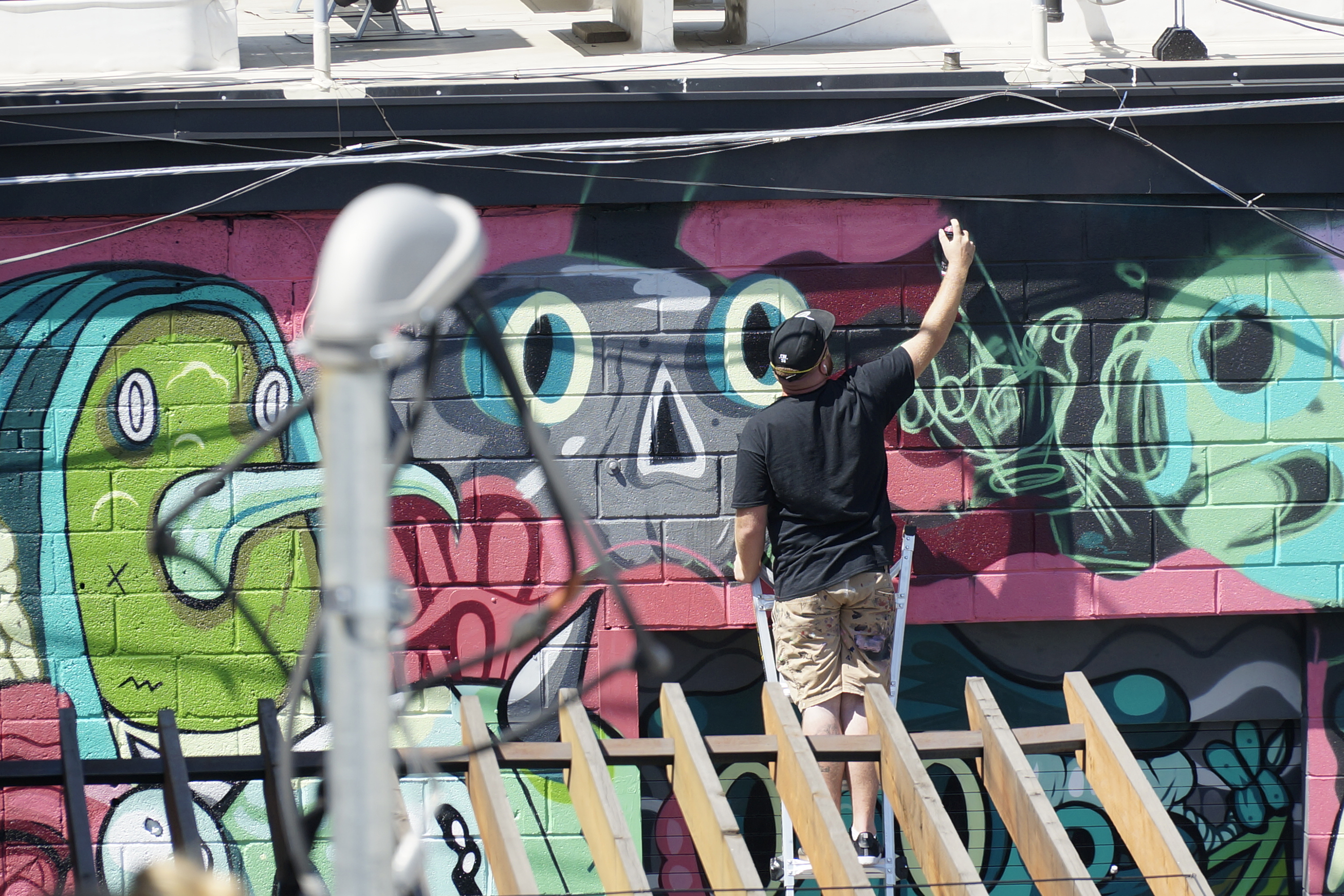 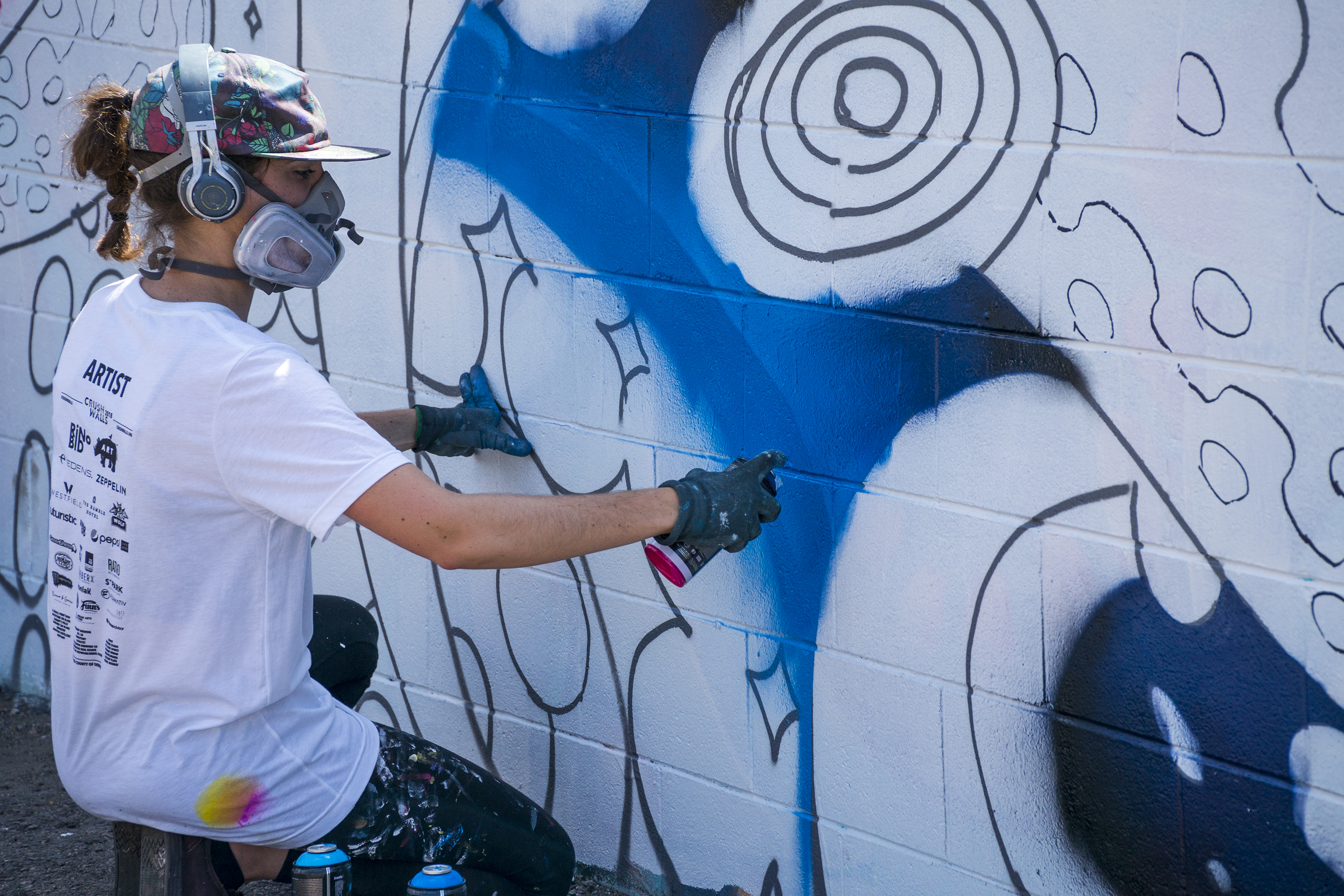 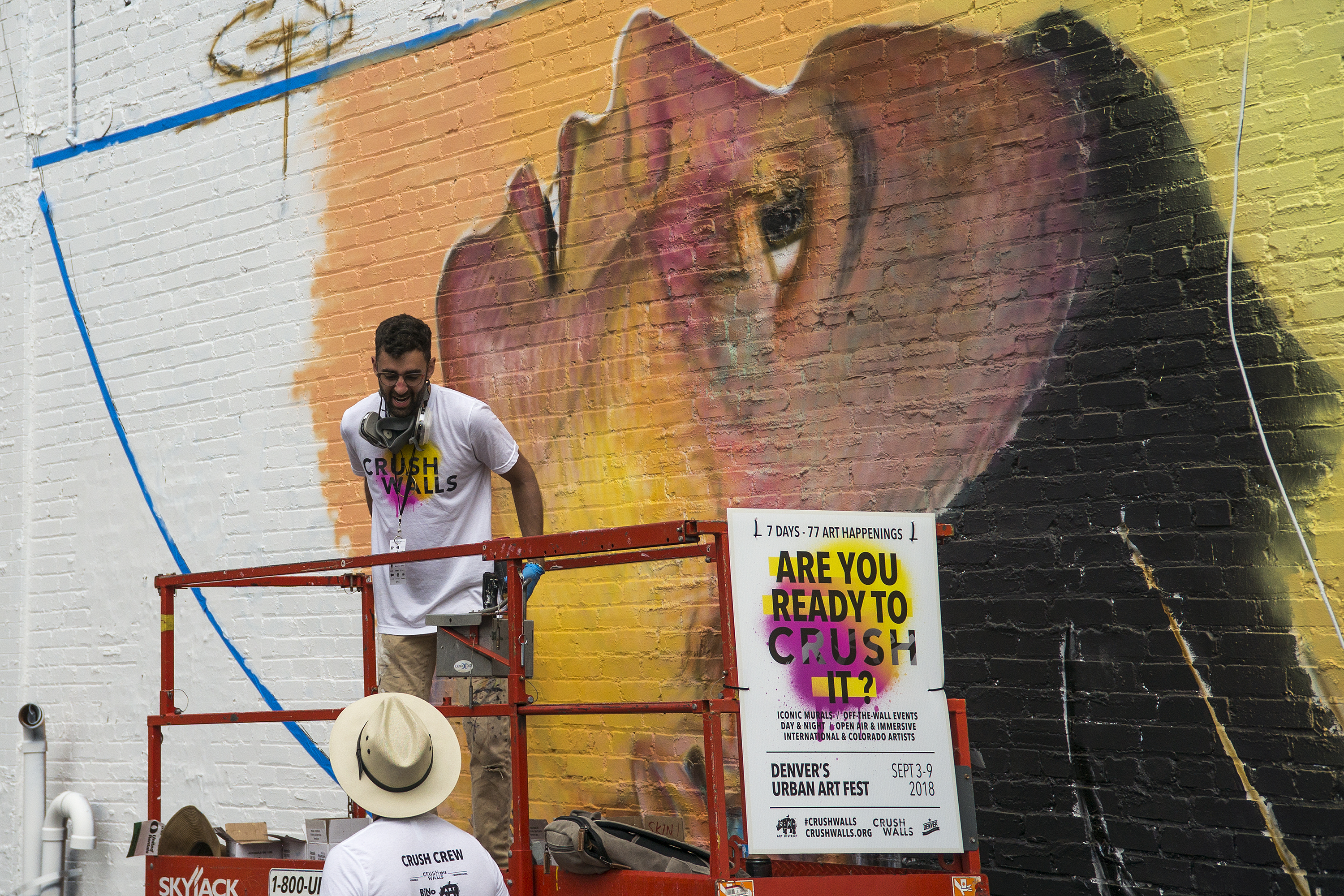 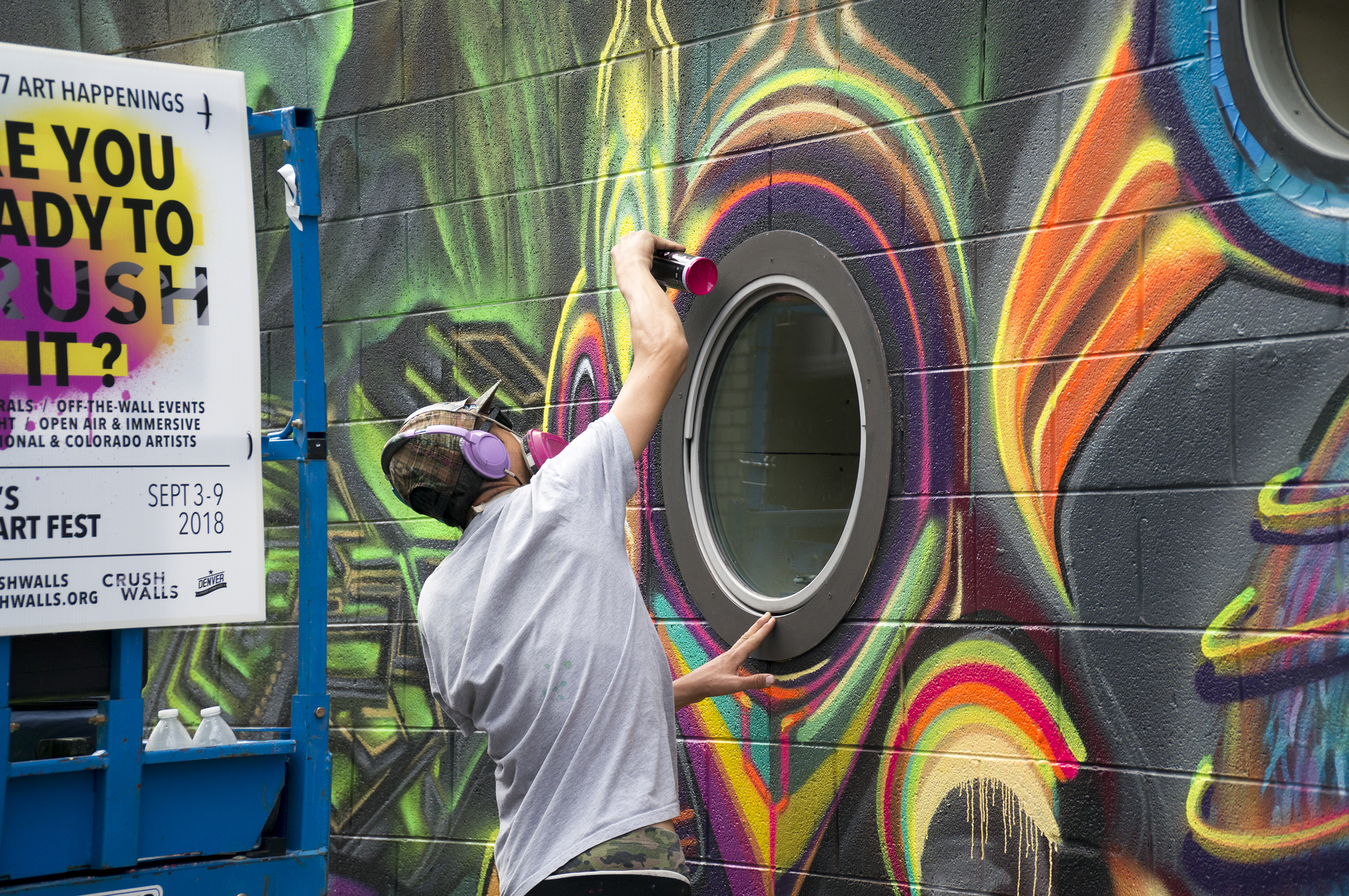