Picture a boisterous street party in a beautiful Colorado mountain town, maybe even the Last ​Great Ski Town, surrounded by slopes of golden aspen as summer gives way to fall. There’s wine, costumed dancing, and the torching of a massive “grump” that’s said to have inspired Burning Man.

This is Crested Butte’s week-long Vinotok festival. And the organizers would just as soon you stay away.

“We will not tell you, if you call, what the dates are,” said Marcie Telander, who started the event more than 30 years ago. “We will not discuss or advertise anywhere. This is literally something that has extended by word of mouth.”

Being an outsider, I haven’t been to Vinotok — and that makes describing it a bit challenging. But the recollections of Telander and other participants and a bevy of photographs and videos from around the Internet show massive crowds gathered around the burning effigy, revelers in intricate face-paint designs. Leafy crowns and impressive elk-horn head wear are common too. It’s as if the whole town’s been throwing the costume party of a lifetime, year after year.

The festival was born out of a conflict that started in the 1970s. A mining corporation wanted to open a molybdenum mine on Mt. Emmons, or the “Red Lady,” just outside of town. It was a period of transition for the town: The last coal mine shut down in the early 1950s, and the nearby ski area was still finding its legs.

Telander was part of a cohort of young people that moved to the area in the late 60s and through the 70s. They wanted, in Telander’s words, to go “back to the land.” Unsurprisingly, Telander said, the remaining ex-miners were sometimes resentful of their new neighbors. 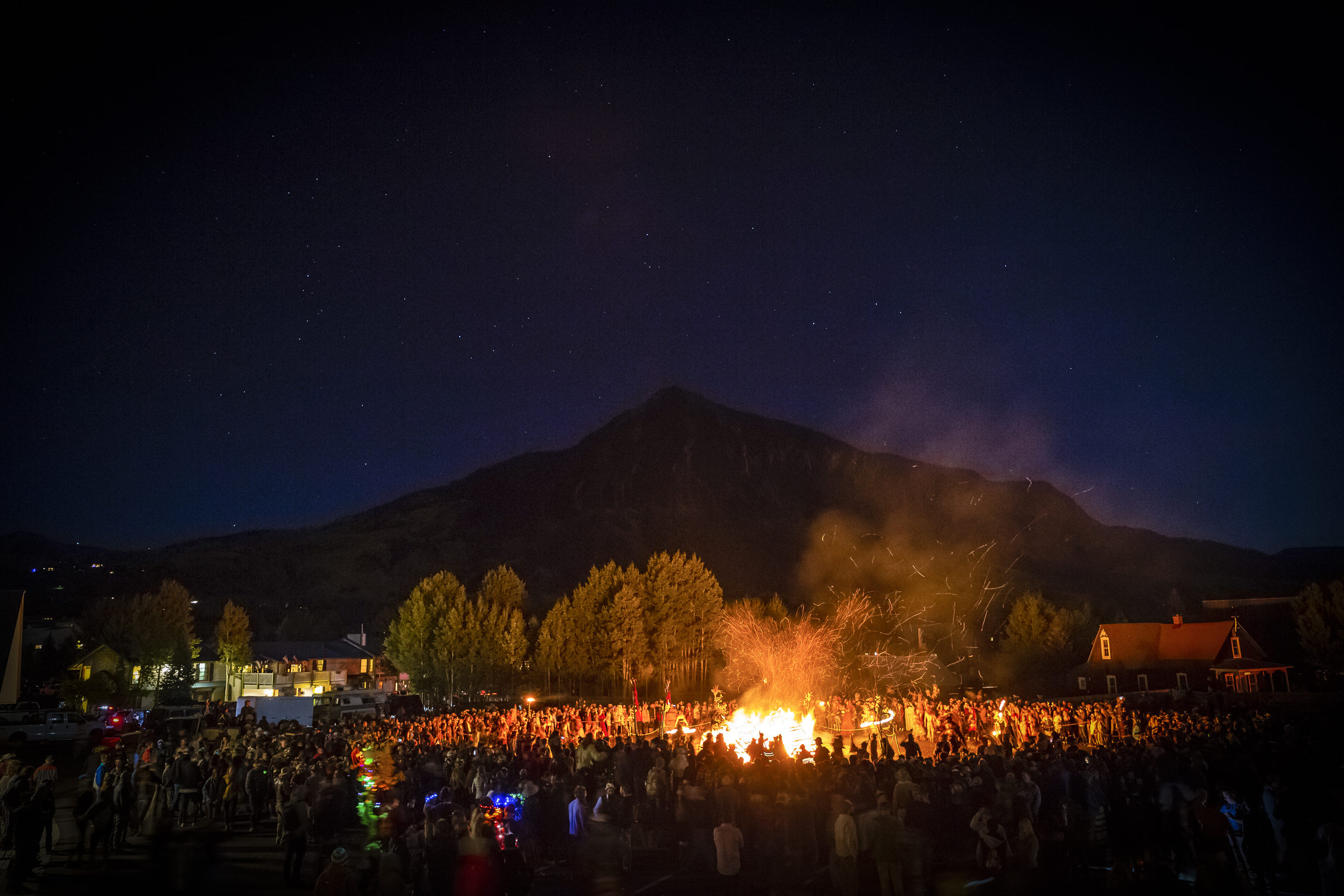 “They did not like to be told what to do or how to do it,” she said from her modest creekside home outside of Crested Butte.

Telander wanted to bridge the divide. So she spent time with retired coal miners who whiled away the hours at a gas station in town, and listened to their stories. She soon struck on the idea of a celebration, which she said was in the tradition of the Celtic and Slavic countries from which many of the miners had emigrated a few generations before.`

Storytelling was the event’s centerpiece from the start. The way Telander remembers it, one old miner, a devout Catholic, told the first story. It was about a day he came out of the coal mine right at dusk.

“As he stepped out he looked up at the bowl across the valley of Mt. Emmons. And as the light was starting to glow red on the iron oxide stones in that face, he suddenly saw the shape of what he called ‘Our Lady.’ The Red Lady,” Telander remembered.

The molybdenum mine has never been built, and the two groups never agreed on what mining’s role should be in the new Crested Butte. But Telander said that story, and others over the years, taught both sides something hugely important about each other.

“We created a communal way of speaking with each other,” she said. “It can create honoring of the past, it can bring healing for the present, and stories can also create hope for the future.” 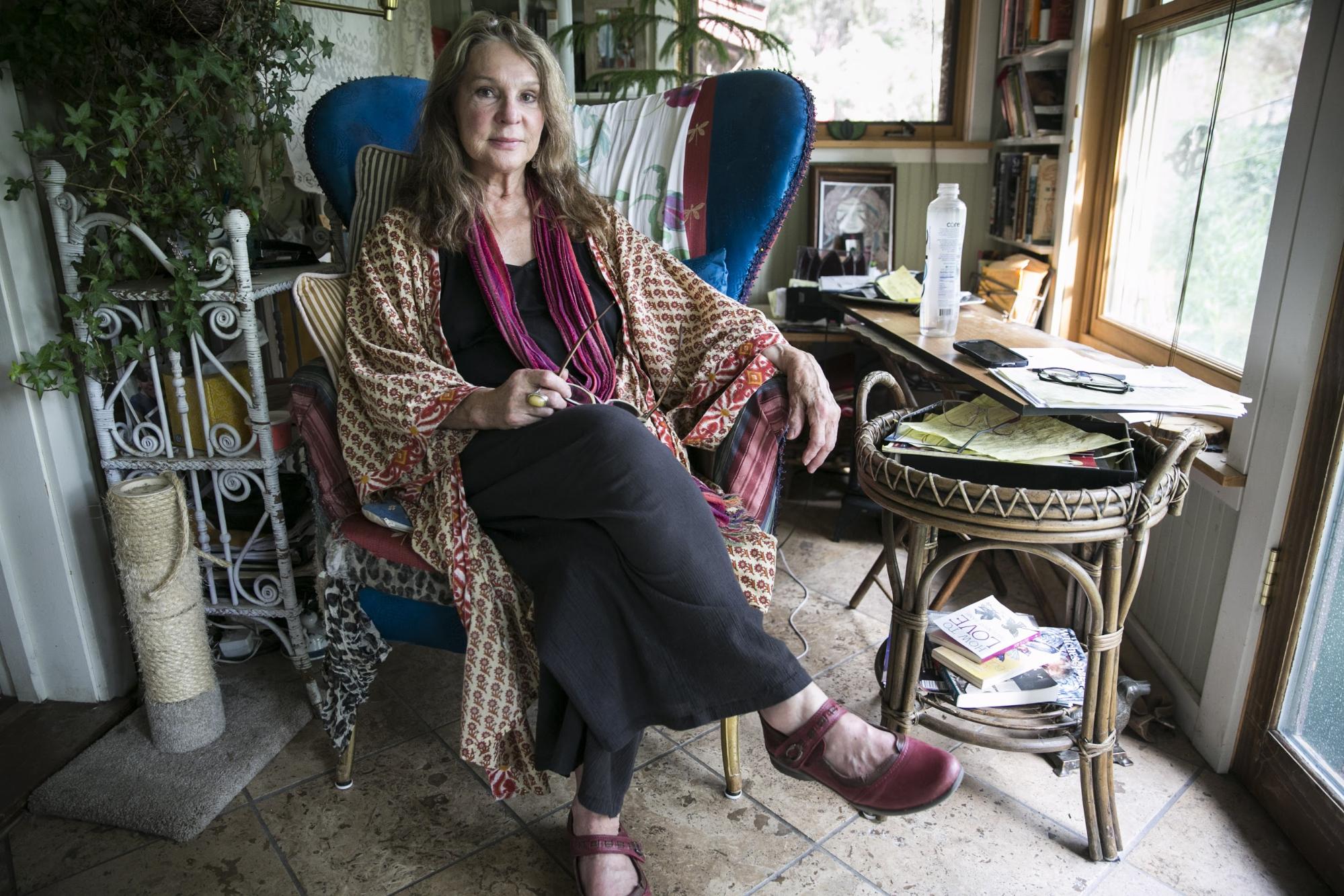 The festival is still hugely important to people that live in the area now. Cassidy Tawse-Garcia moved to Crested Butte out of college and got involved with Vinotok soon after. She said a women’s ceremony, held in a secret location, meant a lot to her. It was a brief break from the town’s macho, extreme sports culture.

“There's nothing wrong with that. But there's very few times where you're completely surrounded by femininity and feminine energy,” she said from her home in nearby Gunnison. “That felt really lovely. It just made me feel like I have this community and sisterhood that was much bigger than I thought.”

Tawse-Garcia said the event’s timing — fall — is also significant. Locals hustle all summer and winter long, but things quiet down in the autumn.

“Locals will even say the fall's their summer, their time to get out,” she said. “It just reminds me why I continue to try to make it work to live here.”

Telander said the event is purposefully kept private. She wants to keep it a celebration for the town, not a performance for others. And Telander points out there’s nothing stopping would-be tourists from starting their own festivals.

“I recommend you head out into the streets of your community, out into your suburbs, out into the country around you, and create what comes through you naturally,” she said.

If that doesn't convince you, you’ll have to wait until next year. This year’s festival wrapped up over the weekend.