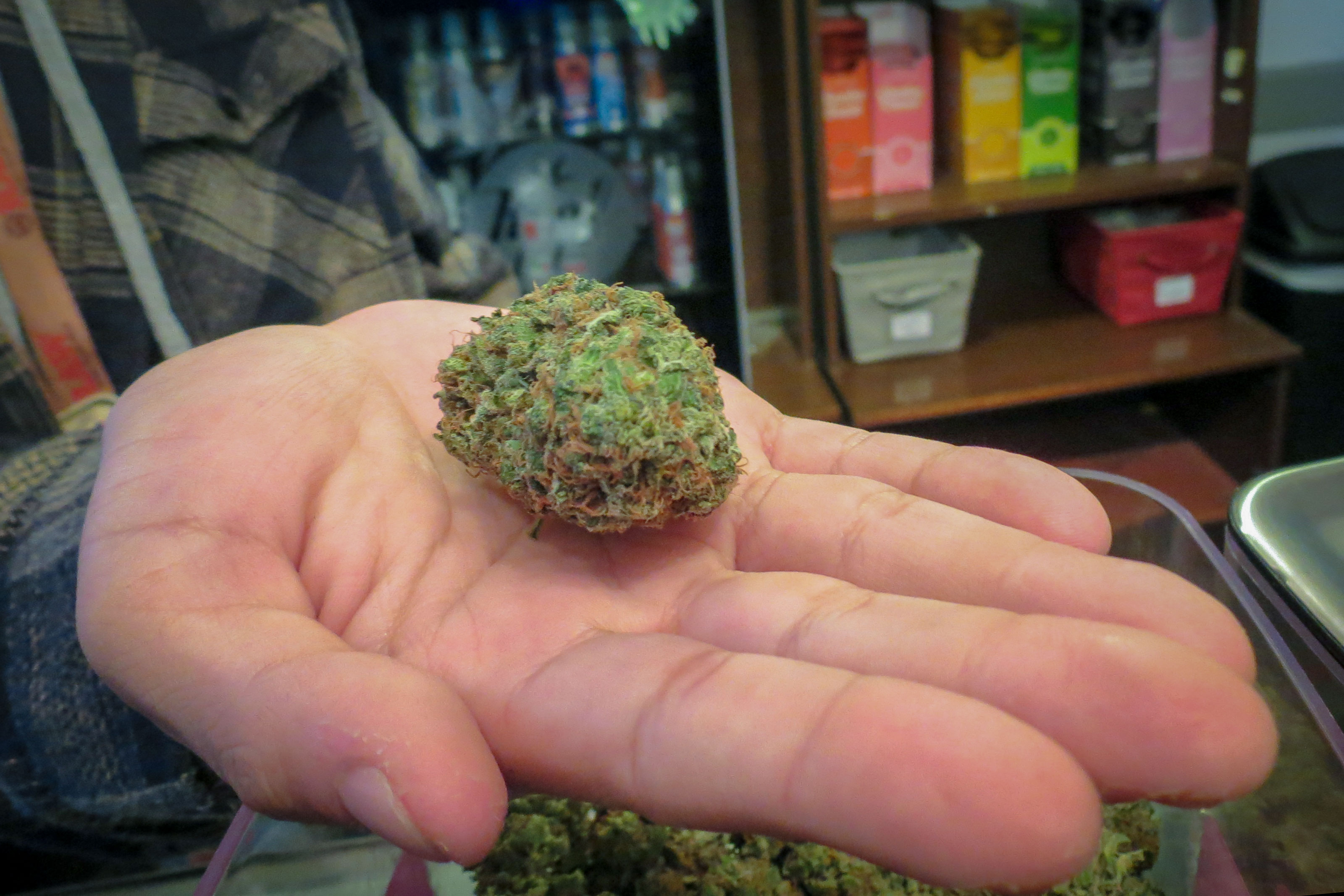 Since John Sawyer moved to Colorado from Dallas, Texas, he’s been baffled by something. He spends about $200 a month on cannabis. His preferred shop, Platte Valley Dispensary, does a brisk business and Sawyer sees the demand for recreational marijuana only climbing.

In Dallas, her school was new and well-equipped with technology and supports. Here, the building isn’t in the best condition, there were “almost no” books when she arrived, few supplies or supports for children.  So, the couple spent $1,500 of their own for classroom supplies.

Many Coloradans who voted in 2012 to legalize recreational marijuana wonder the same thing as John Sawyer. They recall one television ad in particular that declared, “Let’s have marijuana tax money go to our schools rather than criminals in Mexico.”

By voting ‘yes’, many Coloradans believed it was a solution to public schools financial woes, underscored by one screen shot in the ad that said, “Colorado ranks 35th among states in school funding.”  The implication being that with pot taxes, the ranking would change.

So, do any marijuana taxes go into schools? Yes, but...

The truth is, no amount of marijuana taxes will change Colorado’s per pupil funding ranking. That’s because, virtually no marijuana money goes into schools’ operating budgets — the money that pays teachers, keeps the lights on, buys books and stocks the school chemistry lab. Instead, the money funds some maintenance and construction, and on a smaller scale, anti-bullying, literacy, dropout prevention and school health professional programs.

Imagine several pots – er – buckets for marijuana tax dollars. This explainer is focused only on education. If you’re curious about where ALL the marijuana taxes go, check this breakdown out.

Bucket 1: The 15 percent excise tax on marijuana growers. Ninety percent of the excise revenue or the first $40 million, whichever is greater, goes into a capital construction assistance fund — known as the B.E.S.T program. That fund, which also gets lottery proceeds, State Land Trust money and interest, awards competitive matching grants to school districts to rebuild, repair or renovate school buildings.

Most districts that apply must ask their voters for funds to make the match, with larger districts responsible for a larger match.

For example, Kristen Hoffman of Evergreen wondered why JeffCO had a $567 billion bond request for school buildings on the ballot. Schools get pot tax money for construction, right? The reason is simple. JeffCo’s building needs alone dwarf the size of what it could get from B.E.S.T., which must help the entire state. It’s a matching fund, so JeffCO would have to go to voters anyway. The B.E.S.T. fund also places priority on Colorado’s most dangerous and needy school facilities, many of which are in rural areas.

Beyond the B.E.S.T. funding, any excess excise monies are invested in the Public School Permanent Fund run by the state treasury. The Public School Fund “shall forever remain inviolate and intact,” according to statute CRS 22-41-102. So, it pays for nothing. However, interest and income generated by the fund are credited to the State Public School Fund.

Bucket 2: The 15 percent special state sales tax on retail sales. This tax is a 90-10 split between the state government and local governments. Out of the state cut, a small share goes into the State Public School Fund that is overseen by the state Department of Education. The rest of it goes into the Marijuana Cash Tax Fund.

Bucket 4: Local marijuana taxes. In Denver, some of those revenues support substance abuse and marijuana education after-school and summer programs but does not support K-12 school budgets. Pueblo funds a student scholarship.

So now that you have a sense of the funding sources, the scale of where marijuana money fits into the education funding will make more sense.

In the 2017-18 fiscal year, state lawmakers distributed an extra $30 million to rural school districts; in the same year the state budget shortfall to schools was $830 million.

Any other burning questions about education?

Let us know. You can email us at education@cpr.org or ask Colorado Wonders.