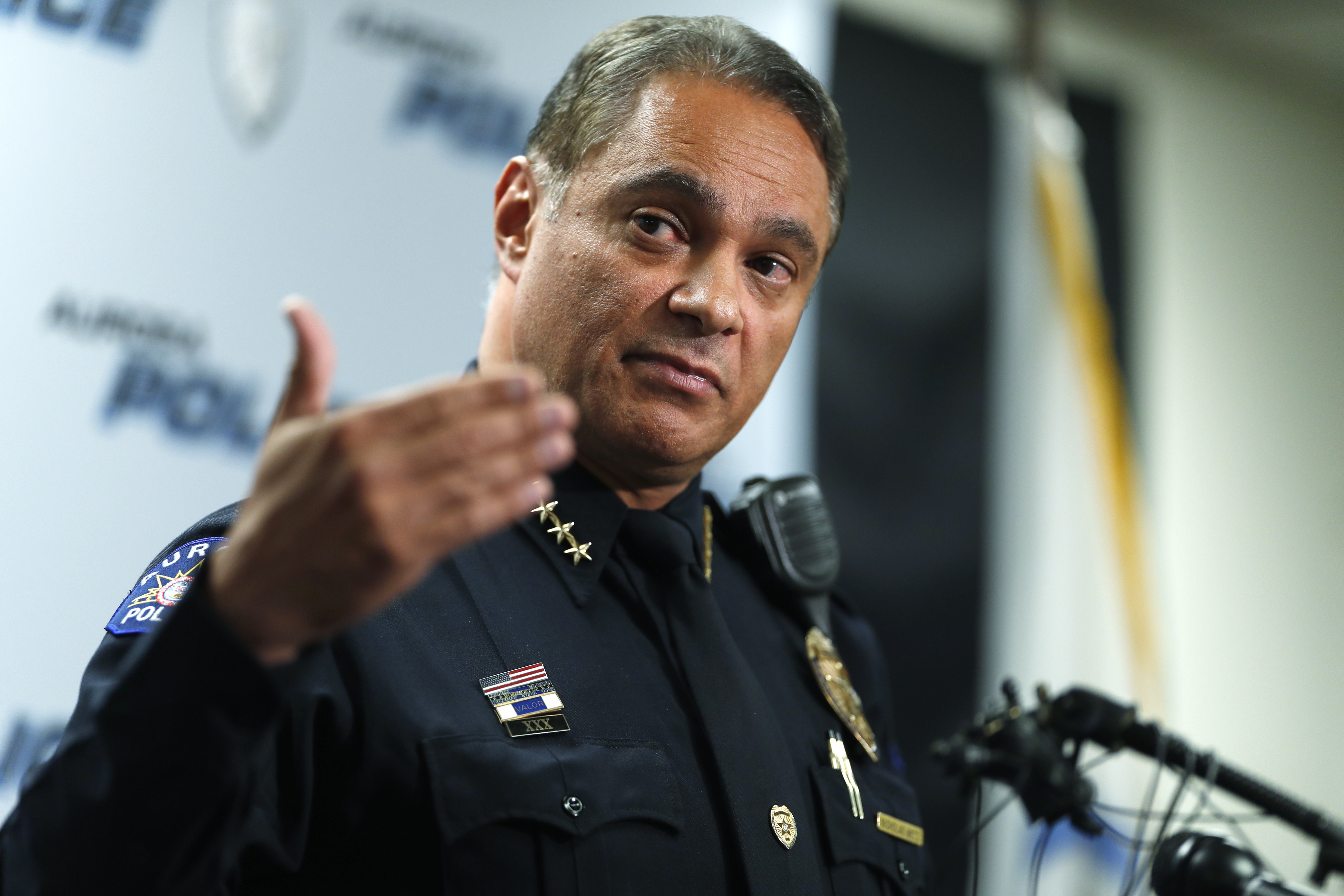 There have been 10 shootings involving police officers in Colorado so far this January, including three last Wednesday, Jan. 16.

Wednesday morning, a 26-year-old woman was shot and critically injured in Englewood by officers investigating a stolen vehicle.

An officer killed someone in half of the 10 shootings this month.

According to a study by the Colorado Department of Public Safety, 90 Colorado law enforcement agencies reported 300 shooting incidents involving 547 officers and 334 people between 2010 and the middle of 2017.

No one involved in the investigations of these cases would comment to CPR about them.

It's too early to tell if this spike in shootings will continue further into 2019, or if it is just an anomaly, said Gary Creager, vice president of the Colorado Association of Chiefs of Police.

"Statistically, does that seem like a lot? It probably does,” Creager said. “But it could be that you have 10 at a period of time and then not have any for another several months."

One kind of situation that can quickly escalate into violence is when officers come into contact with someone in mental health crisis, Creager said.

"While we've done a ton of training around mental illness. That's not our forte,” Creager said. “You know that's not what we're there for; we're there to help. But there has to be some follow-up. If there is anything that we struggle with as a society, it’s how we help people with mental illness before they go into crisis."

Some other countries train their police officers three or four times longer than the United States does, said Apryl Alexander, a forensic psychology professor at the University of Denver.

As part of that preparation, Alexander said, mental health crisis training for police officers is key, and it could help answer important questions the United States is grappling with, she said.

"How much time are we spending on giving them this basic kind of scientific knowledge about mental health issues, cultural competence and adolescent development noting that these are some of the areas they might be encountering?" she said.

Alexander said she sees some hope in the co-responder method. Sixteen agencies in Colorado have implemented programs that pair law enforcement with behavioral health specialists to provide on-scene crisis de-escalation and follow up care.

For now, it's unclear whether mental health issues played into any of the incidents this month. Police are still investigating.

Despite the violent beginning to the year, last weekend was quieter. There were no officer-involved shootings.