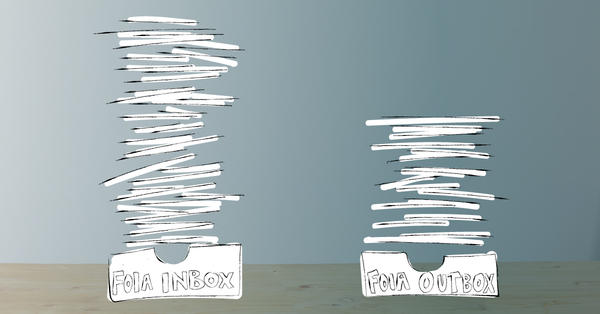 When Ryan Zinke, a former Navy SEAL, resigned from his post as U.S. Interior Department secretary on Jan. 2, he was under fire on multiple fronts.

There was an ongoing federal investigation into his role in a real estate deal between Zinke’s family foundation and the head of oil giant Halliburton. Rumors swirled that his office tried to replace the head of Interior’s internal watchdog with a Trump political appointee.

And then there was the glut of public records requests for emails, memos and schedules from media outlets and environmental protection groups. One frequent requestor was Western Values Project, a non-profit government watchdog group based in Zinke’s hometown of Whitefish, Mont. They helped spur some of these ethics investigations. Later, Zinke called out Western Values, criticizing the group during a Fox News interview shortly before he resigned.

“They’re operatives from the Democratic Party,” he said. “They’re hacks, they’ve always been, and they need to be investigated.”

But now, even with Zinke gone, environmental protection groups argue the Interior Department is trying to slow-roll vocal and persistent critics of the Trump administration, like Western Values, which submitted to the department's Office of the Secretary 152 government records requests under the federal Freedom of Information Act since 2017.

The Interior Department proposed a new rule in late December that gives the agency greater discretion over how it handles public records requests. For instance, the agency would require individuals or organizations to be more specific in which documents they want. It also allows a cap on the number of records it processes for individuals and organizations every month. None of which sits well with Chris Saeger, the watchdog’s executive director.

“We file public records requests in order to find out if the people who run the Department of the Interior have conflicts of interests with the companies that they are supposed to regulate,” he said.

But the Interior Department says that an increase in large, complex requests from “litigious special interest groups” has led to a massive backlog at the agency.

“They are more voluminous,” said Hubbel Relat, counselor to Acting Interior Secretary David Bernhardt. “They’ve delved a little deeper into the quest for a range of information that appears to, at times, be asking for every document that’s ever been created by the Department of the Interior.”

If the requests aren’t acknowledged within 20 workdays or processed within a few months, the Interior Department can be sued. Relat said this has slowed down the processing of public records requests for everyone else, including those who can’t afford to litigate and must wait even longer for a response.

“What this does is allow us to say, ‘OK. We will produce a set number of documents and then we are going to move to the next requester and then and on and on,” Relat said. “So everyone gets the same amount of documents and we will return to your request once everybody has had a turn.”

The Interior Department argues the proposed changes aren’t targeting any specific organization. Instead, the policy change is in response to large, complex requests from “litigious special interest groups.”

Relat would not give an example of one.

“Our [Freedom Of Information Act] logs are public so I think anyone can look at who has requested, on a consistent basis, information from all the different bureaus that we have,” he said. “So, I guess I’ll leave it at that.”

Over the last two years, Freedom of Information Act logs show top requesters to the Office of the Secretary include the Center For Biological Diversity, Politico, the environmental news service E&E News, and the environmental protection group Zinke doesn’t care for: Western Values Project.

“What they are doing is a very thinly veiled effort to target critics of the Trump administration and to keep their corruption a secret,” he said.

Saeger acknowledged that Western Values Project has sued the Interior Department six times after it didn’t process records in a timely manner.

But he said it’s the agency’s job to respond to the public’s needs, not the other way around.

“In reality, they should be thinking of ways to be even more transparent and even more publicly accountable,” he said.

Saeger argues that the Interior Department should hire more staff to process requests. He pointed to a 2018 report from the agency’s chief FOIA officer. It blamed the backlog on hiring losses, a big rise in complex requests and subsequent litigation.

“The Department of the Interior’s FOIA office has said they are understaffed,” he said. “The leadership there has not responded by providing them with the resources they need to adequately do their job.

Saeger isn’t the only one concerned about the Interior Department’s new rule. Rep. Raul Grijalva, D-Ariz., the House Natural Resources Committee chairman, has called for an oversight hearing.

The new changes have received around 61,000 public comments, including a letter from the Southern Environmental Law Firm representing more than 100 advocacy groups. In the letter, the groups argue the proposed rule is illegal and gives political appointees at Interior more power to oversee requests.

The Interior Department said it will review public comments before publishing a final version.