The Regional Transportation District has opened train line after train line over the last five years or so. All the while, taxpayers in the far northwestern reaches of the Denver metro have impatiently waited for their turn.

Skyrocketing construction and rail right of way costs torpedoed the planned 41-mile Union Station to Boulder and Longmont train that was part of the 2004 voter-approved FasTracks plan. The first section, from Denver to Westminster, does exist: It opened in 2016.

In the last few months, a ray of hope emerged in the form of a proposal for dramatically scaled-down service. At the request of the Longmont City Council, RTD staff prepared the “Peak Service Plan.” Only six trains would run a day — three from Longmont to Denver in the morning, and another three back to Longmont in the afternoon — but the estimated start-up cost drops to $117 million.

“We asked RTD staff to do bare-bones. Nothing fancy,” said Judy Lubow, and RTD board member whose district covers Longmont. She’s touted the Peak Service Plan publicly as well. “The intent of this thing is to do it as cheap as possible to get it going. Because once it gets going, it's going to have a life of its own."

Lubow’s hope is that service frequency would increase over time. Staff estimate that initially, the reduced-service plan would carry 1,400 passengers every weekday — far fewer than the approximately 10,000 forecast in the original plan. 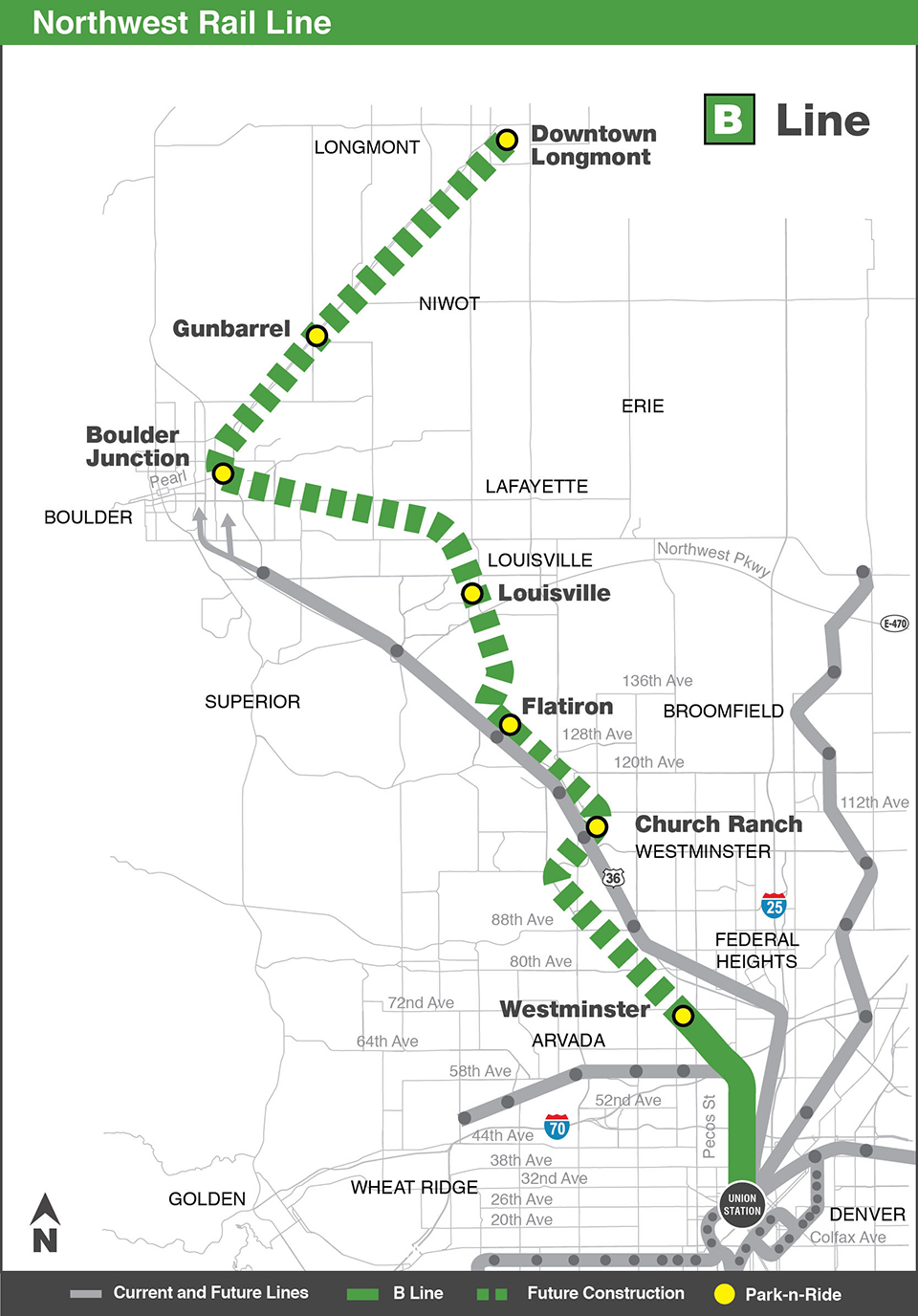 She admitted there are significant hurdles to getting the plan, which also has the tentative support of Gov. Jared Polis, off the ground.

At the top of the list: RTD does not yet have a cost estimate from Burlington Northern Santa Fe, which owns the needed right of way. The cost to use their rails just six times a day would likely be much less than the 55 times a day called for in the original proposal. But a hard number for that, and other BNSF fees is needed. And Lubow doesn’t know when that will come.

“I do not have a timeline for the response but staff is in contact with RTD,” Sloan wrote in an email. “BNSF staff will continue to meet with RTD, the State of Colorado and any transportation authority who may have inquiries regarding commuter rail.”

Sloan also gave BNSF’s principles for sharing its right of way, which state that commuter rail can’t hurt the company’s own freight operations and that the company must be compensated with a “reasonable return.”

Beyond BNSF, Lubow said RTD doesn’t have funding identified for the $117 million needed to get trains rolling. In April, when the RTD board recommitted to completing the FasTrack plan — Boulder-Longmont line included — it also asked staff to research other cost-saving measures and new funding ideas. They gave staff a two-month deadline.

Lubow is hopeful that will yield possible next steps. She admitted the Peak Service Plan is uncertain, but argued it is better than doing nothing.

“Long-term projects are built on momentum. You have to start aggregating funding possibilities, operational possibilities. And you aggregate them enough to reach a critical mass. Or you could just say, 'It's hopeless, I'm doing nothing.' And then you know the result you're going to get,” she said. "It's not a waste of time. But I don't know if it will be successful."