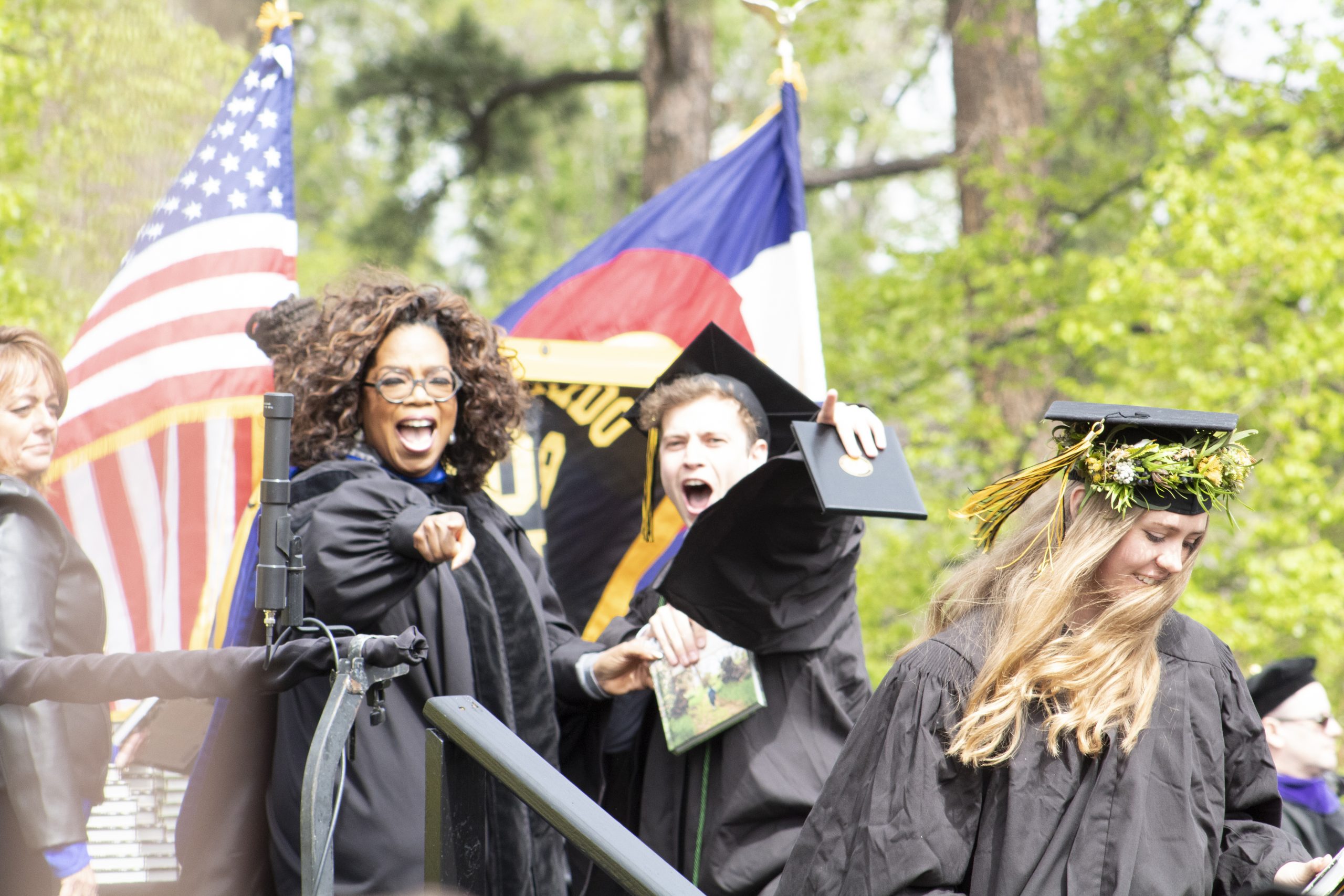 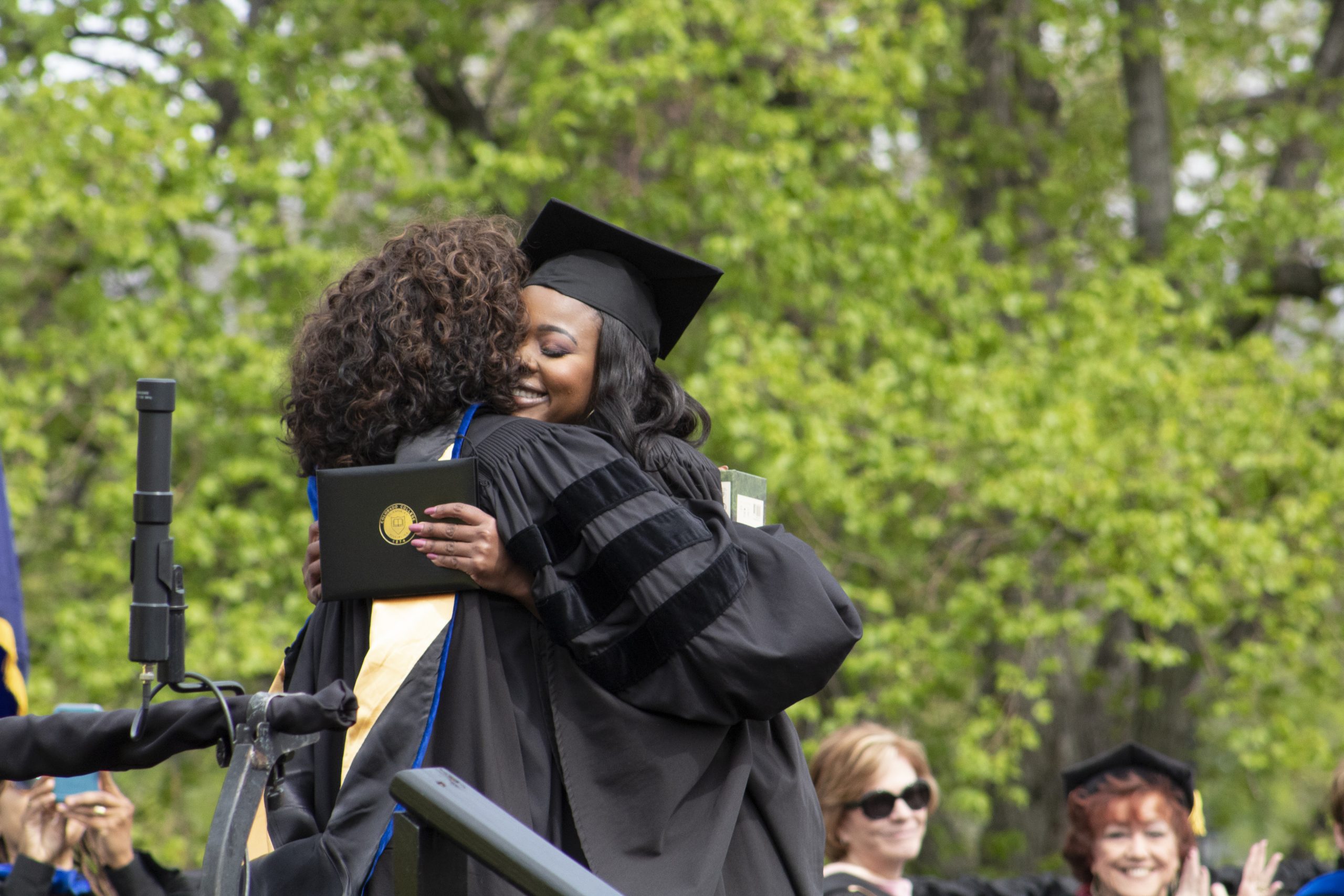 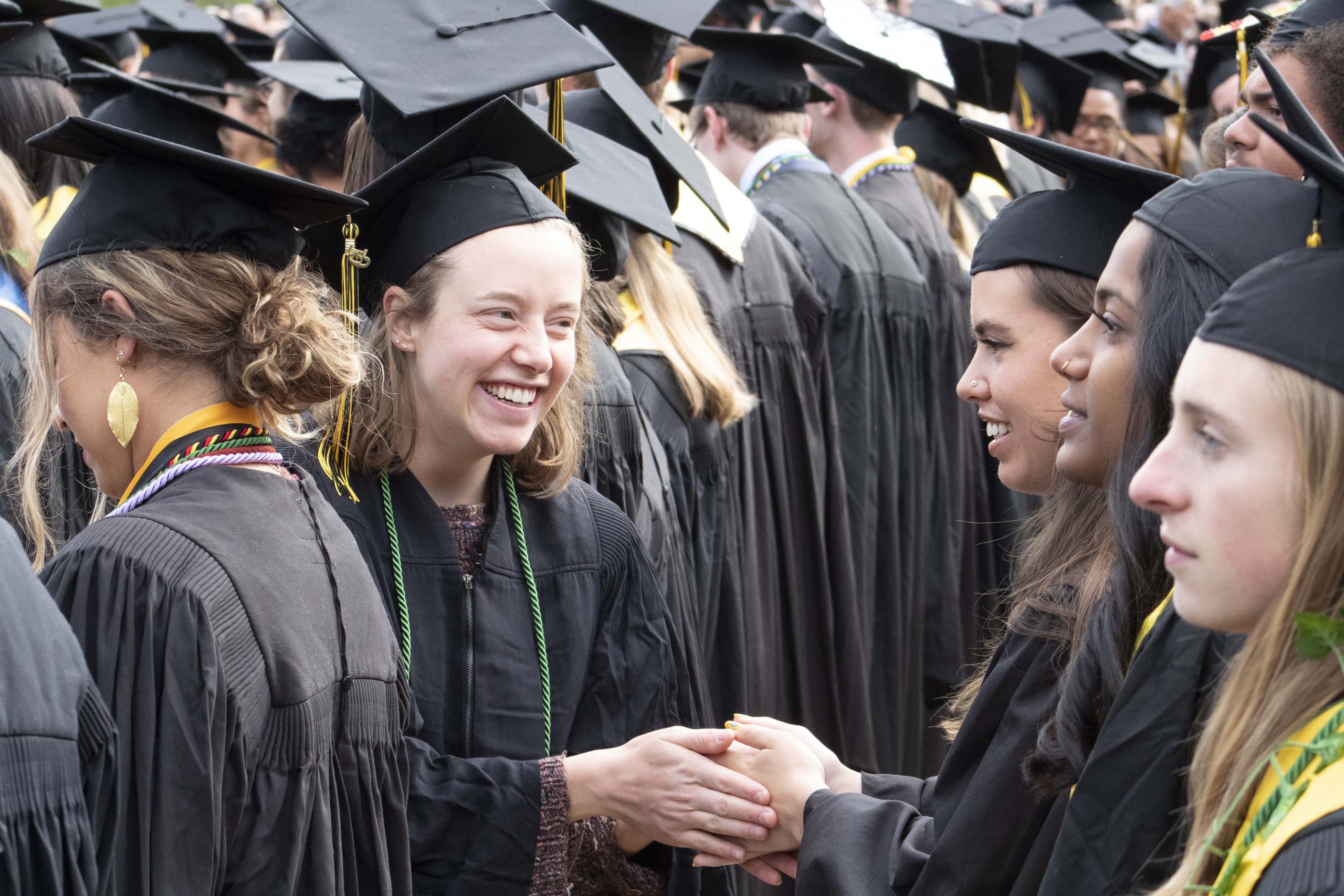 Abigail Beckman / 91.5 KRC Graduates greet each other during commencement. 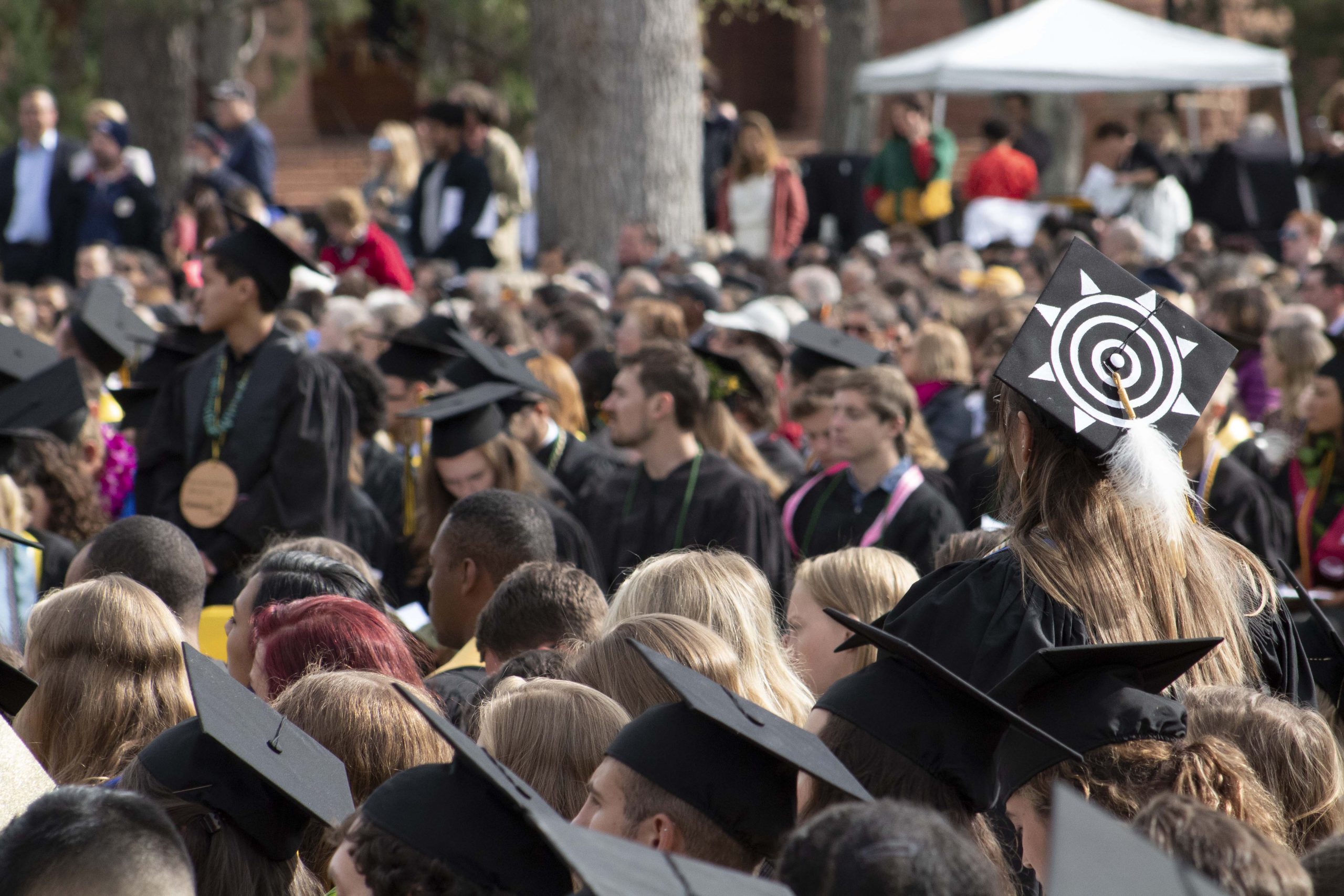 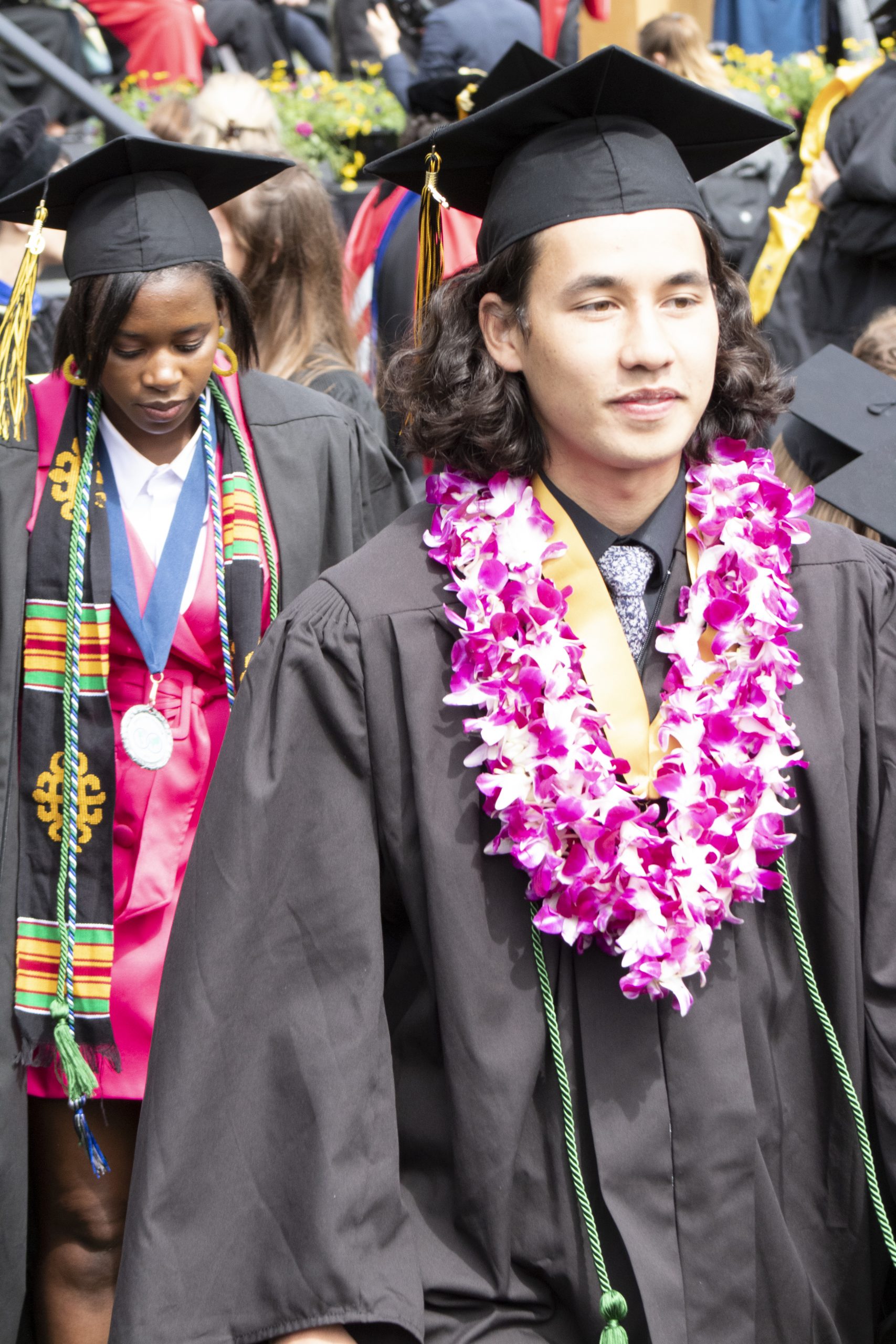 Abigail Beckman / 91.5 KRCC Students make their way back to their seats after recieving their diplomas. 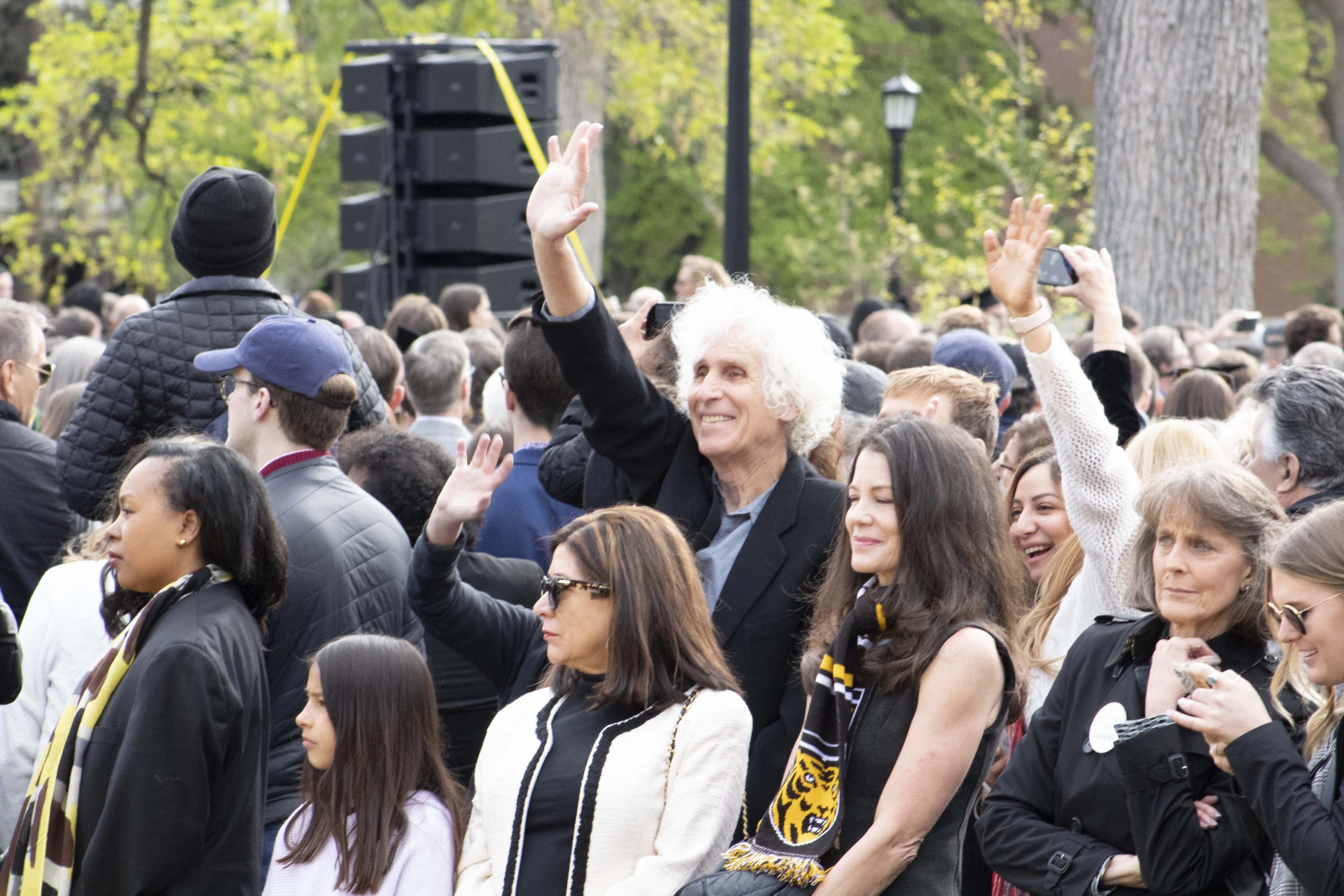 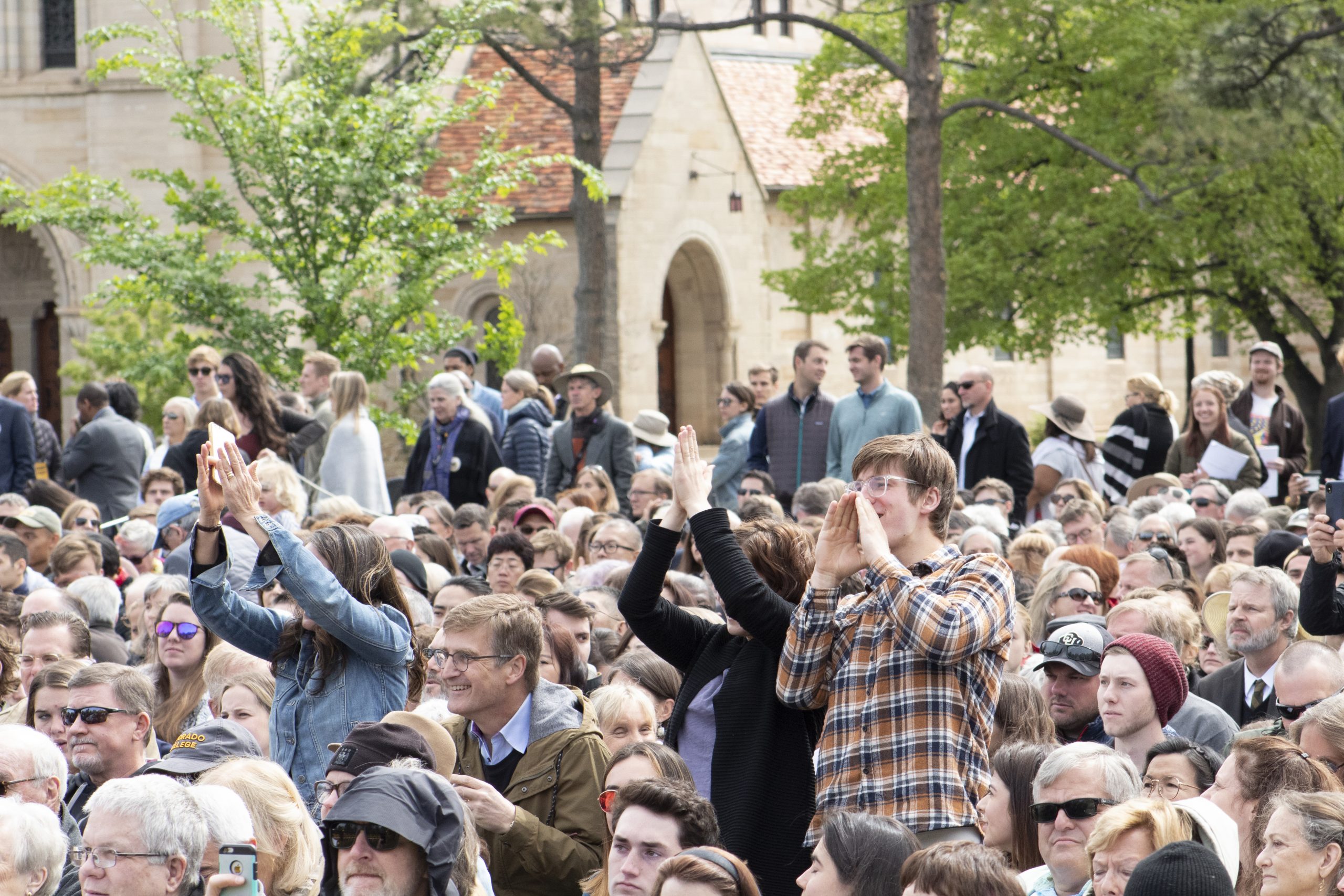 Abigail Beckman / 91.5 KRCC Family members cheer for graduates as they are handed their diplomas.

Winfrey emphatically told the 571 graduates that life is about decisions, emphasizing the choice to be of service to those around you.

“I’m here to tell you that your life isn’t some big break like everybody thinks it is. They’re waiting on the big break. It’s actually about taking one significant life-transforming step at a time.”

Winfrey reflected on her career and accomplishments. She outlined her own successes and failures, emphasizing the reality that everyone fails at something.

“In the moment when you fail, it really feels bad, and it’s embarrassing, and it’s bad,” she laughed. “And it’s going to happen to you if you keep living. But I guarantee you, it also will pass and you will be fine.”

She shared her own life motto with the graduates, which they repeated in unison.

“Everything is always working out for me.”

Additional words of wisdom from Winfrey included floss your teeth, look people in the eye, make your bed, and don’t bring your cell phone to the dinner table.

When they received their diplomas, each student was given a copy of her book The Path Made Clear.

Winfrey was given an honorary degree from the college, along with three others — Jairo Valverde Bermudez ’92, who was appointed the Costa Rican ambassador to Brazil in 2015; Martile Rowland, an accomplished opera singer who has served as artist in residence for the CC Music Department for more than 20 years; and France Winddance Twine, an enrolled member of the Muscogee (Creek) Nation of Oklahoma and professor of sociology and documentary filmmaker at the University of California, Santa Barbara.

Winfrey had originally planned to attend the ceremony - not speak at it - in support of Lee-Ann Palesa Mokoena, a 2019 CC graduate who attended The Oprah Winfrey Leadership Academy for Girls in South Africa. College President Jill Tiefenthaler reportedly asked her to speak.

A video of commencement, including Winfrey's speech will be availabe here for a limited time.

Prior to Winfrey's speech, the Cozad Singers of the Kiowa Tribe, renowned for performing honor songs at powwows nationwide, performed an appreciation and honor song. Commencement was held on Tava Quad, a space previously-known — informally — as Armstrong Quad.

In February the Colorado College Board of Trustees approved naming Tava Quad in response to a request from the indigenous and native peoples of CC. “Tava” means “Sun Mountain,” and is the name used by the Tabegauche Band of the Ute People for Pikes Peak.

Hear the Cozad Singers performance below: