A biologist in western Colorado still works for the U.S. Fish and Wildlife Service after pleading guilty in a years-long scheme to kill dozens of bobcats and sell their pelts across the world.

An agency spokesman couldn't “comment on personnel matters,” but confirmed that as of May 22, Thad Bingham, 46, was still employed by the USFWS. He’s been a full-time fish biologist for the agency since 1999.

In their indictment, federal prosecutors alleged that between 2012 and 2016, Bingham instructed at least five other co-conspirators on how to hunt and trap bobcats, and provided them with trapping equipment. Bingham then skinned the bobcats and stretched the pelts, most of which were sent to Greece.

The indictment against Bingham said he and his associates received $25,660 for 51 pelts.

Bingham was charged with one count of violating the Lacey Act, which prohibits the trade of wildlife or plants that have been illegally taken, sold or possessed.

While killing bobcats and selling their pelts is allowed in Colorado, hunters must follow certain steps for the kill to be legal. The indictment states that Bingham and his alleged co-conspirators would routinely “falsely state the date, location, and method the bobcats were killed” when registering the kill with Colorado Parks and Wildlife.

Colorado wildlife officials rejected a request to ban bobcat hunting in the state in early May. Groups behind the failed push are concerned about the rapid rise in bobcat trapping to supply the international fur trade.

Bingham, set to be sentenced in August, could face up to five years in prison. But due to his plea deal, court documents say the “advisory guideline” is between six and 12 months and that the court may use its “discretion” and impose a lighter sentence. He could be on parole between one and 3 years. He also faces fines between $4,000 and $40,000 and will be barred from owning firearms or appealing his sentence. 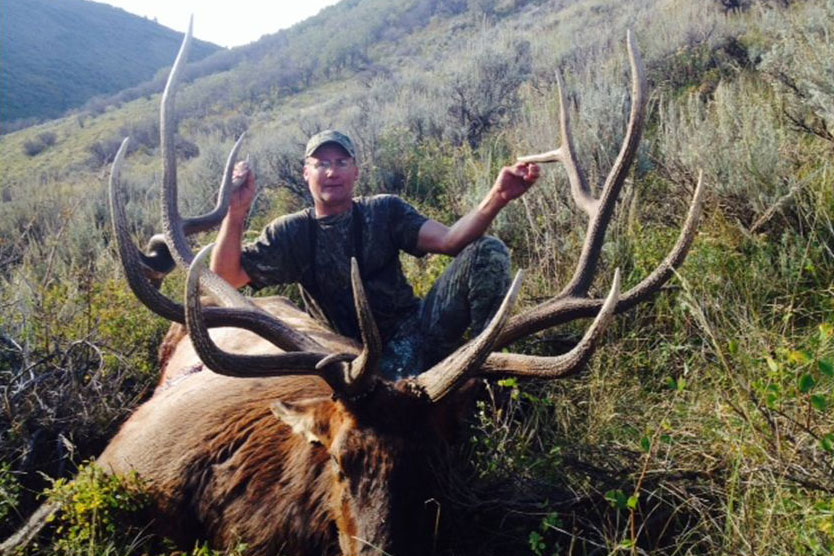 This is not Bingham’s first conviction for wildlife law. In 2016, he admitted to illegally killing a bull elk on private land. Colorado Parks and Wildlife only discovered the crime after Bingham shared a celebratory photo online of him with the dead elk from 2014.

At the time, Parks and Wildlife Area Wildlife Manager JT Romatzke expressed disappointment in Bingham and a friend’s actions.

“Rather than setting a good example as employees of a federal wildlife management agency, these two individuals and their accomplices instead chose to violate the law in an egregious manner,” Romatzke said. “And that is a real shame.”

Due to his plea deal in that case, Bingham was only charged with a misdemeanor and petty offense and served no jail time.

Editor's Note: A previous version of this story incorrectly stated the year Bingham admitted to illegally killing an elk. It was in 2016 he confessed. He killed the elk in 2014.