For this past weekend’s PrideFest, which drew hundreds of thousands of people to downtown Denver, festival organizers had to map out a comprehensive plan to prepare for a variety of emergencies and safety issues.

Soon, Denver will expect all event planners to do the same.

Depending on the size of the event, both in terms of the number of people and geography, organizers might be required to have on-site medical resources, such as CPR-trained personnel and an automated external defibrillator. Larger events will have to hire paramedics and security officers so they can respond to incidents quickly. The city will also request information like contact numbers and organizational structure so officials can better communicate with event organizers during an emergency.

The requirement for a health and medical plan kicks in January 2020.

James Robinson, assistant chief with Denver Health’s Paramedic Division, said the Mile High City was one of the few major U.S. cities without this mandate for special events. Officials felt “it was a really important component of having safe events within the city,” he said.

On-site medical teams would “give us a step forward if something does go wrong,” as well as “minimize the impact on the regular 911 service delivery,” Robison pointed out.

It isn’t just another added requirement said Nate Hayden, an event liaison with the city’s Office of Special Events, instead, it “really does make your event better for the staff, volunteers, vendors and, ultimately, attendees.”

To help event producers prepare, a handful of groups organized a symposium called The Art of Mass Gatherings. The hosting organizations included Denver Arts & Venues, Colorado Creative Industries and Performing Arts Readiness, a nonprofit founded in the wake of Hurricane Sandy to help cultural institutions prepare for and recover from disasters.

The symposium was staged right in the middle of PrideFest, at the McNichols Civic Center Building. Experts led on-site tours and frequently pointed to the festival’s plan, which has been a model for other local events, like the Five Points Jazz Festival. Denver PrideFest didn’t start from scratch either. Organizers looked to the emergency plans of the Twin Cities and Boston pride celebrations

Those plans got The Center on Colfax, the group behind PrideFest, asking the right kinds of questions, said Rex Fuller, The Center's VP of communications and corporate giving. Before, he never thought about how the festival should plan for an incident that involved hazardous materials.

“We have propane here for people who are cooking [and] other items like that around the festival that we need to be wary of.”

PrideFest also improved its response to bad weather. Planners put that to the test this weekend when, on the last day of the festival, heavy rain and thunder prompted them to shut down their stages and sound systems until the storm passed. Staff used radios to get weather updates to stage crews and volunteers.

And that tapped into what experts at the symposium were trying to get people to think about — that there’s a broad spectrum of emergencies.

“The shiny object people generally start with is active shooters,” said attorney Steven Adelman, vice president of the nonprofit Event Safety Alliance. “Without minimizing the threat of active shooters… it doesn’t happen that often. The greater likelihood is that someone's going to get dehydrated because it's hot and they're out in the sun.”

Adelman actually put together a game of “Risk Management Jeopardy” to help people wrap their brains around this. Symposium attendees shouted out “Stormy Weather for 400” or “Situational Awareness for 600” to learn how to prevent and prepare for a vast variety of scenarios. 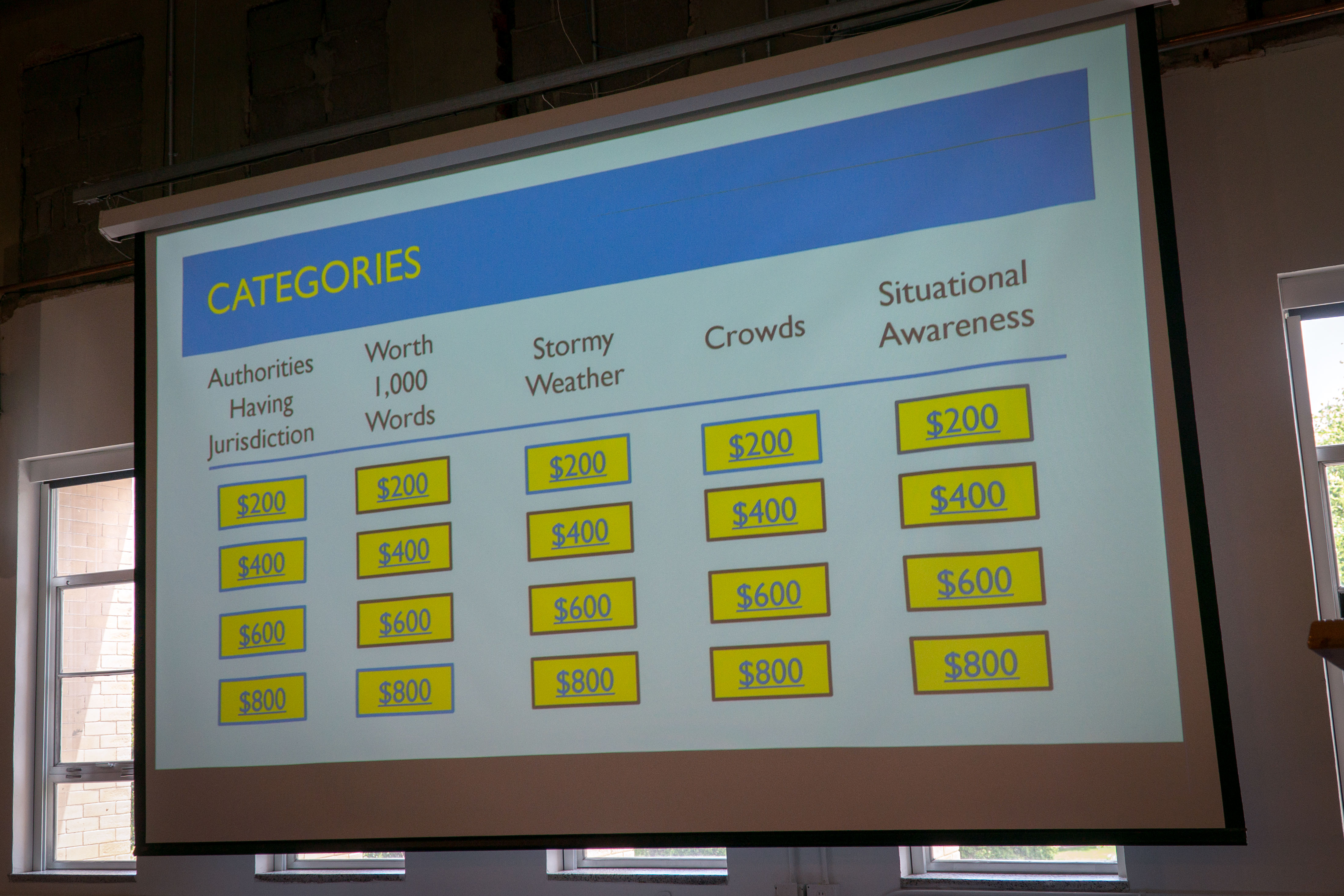 The symposium also highlighted how arts organizations and event producers can step up to help their communities in times of crisis.

“People who are throwing festivals are taking care of 5,000, 10,000 people at a time,” said Matthew Kowal, a Denver-based emergency preparedness consultant.

Kowal works with Performing Arts Readiness, founded the consulting firm Majestic Collaborations and was largely responsible for the symposium. He said skills like crowd management, as well as experience with waste, water and power systems, can be a huge help to a city hit by a disaster.

“If we're looking at large scale issues, FEMA is not going to have enough resources to go everywhere,” Kowal said. “So Denver, and cities like this, will need to think about their own preparedness.”