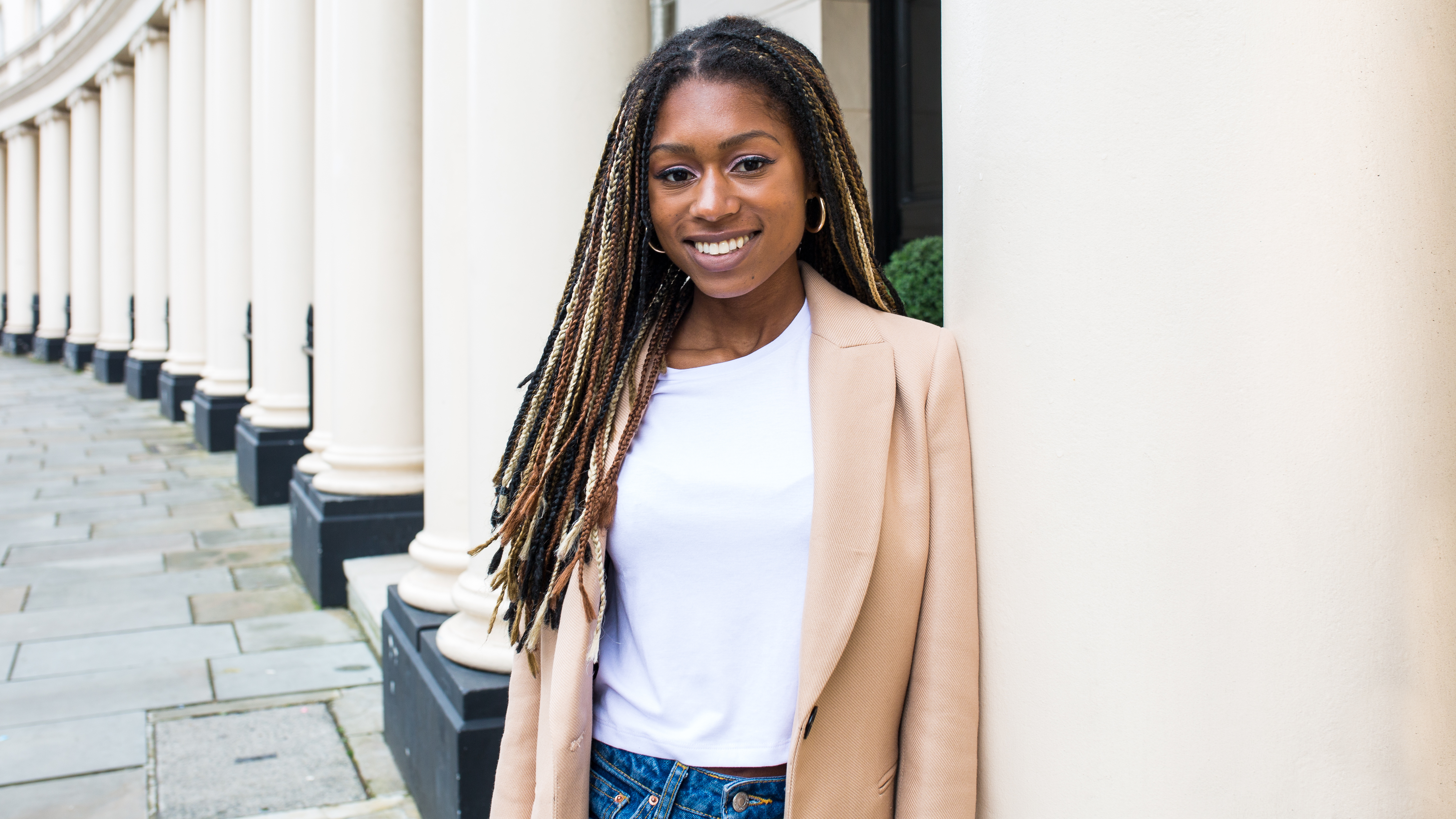 From the Tudors to the Windsors, Britain boasts a lot of dynasties. But there's another British household that's becoming something of a musical royal family. The Kanneh-Mason family, with seven sibling musicians aged preteen to early 20s, is a classical clan filled with promising careers.

Pianist Isata Kanneh-Mason, the oldest at 23, just released her debut album, Romance, on Decca, the prominent classical label. She's beginning her second year of postgraduate studies at the Royal Academy of Music, where she has been a recipient of the Elton John Scholarship. Her younger brother Sheku, a cellist, won the 2016 BBC Young Musician award and gained an international following after his breakthrough performance at the wedding of Prince Harry and Meghan Markle.

It's a crowded playing field in her family, Kanneh-Mason admits. "The concept of finding your own voice can be a challenge when you are all pursuing similar goals and have the same last name," the musician tells NPR. However, despite their similarities, she feels that she and her siblings are very different people. "For that reason, I have always found exploring my own voice quite natural," she says. And with six brothers and sisters, she finds that she has an "amazing support system."

The repertoire Kanneh-Mason chose for her debut album may come as a surprise: Rather than finger-twisting classics from big-name composers, she performs lesser-known pieces by the German composer and pianist Clara Schumann. Romance arrives in time for the bicentennial of Schumann's birth, Sept. 13.

"I think the fact that we don't hear much of her music has nothing to do with the quality of the music," Kanneh-Mason says. "It's all to do with the history and the fact that female composers are not recognized as much by musicians." She adds that she doesn't choose pieces just because of their difficulty: "I am always attracted first and foremost to how it sounds and to how it makes me feel." She says she finds herself especially drawn to the "fiery passion" of Schumann's Scherzo No. 2.

Clara Schumann (born Clara Josephine Wieck) was one of 19th century Europe's most widely known and highly regarded pianists. A child prodigy, she wrote and premiered one of her best-known works, her Piano Concerto in A minor, while still a teenager. She later married fellow composer-pianist Robert Schumann. Although she continued to tour and compose, Robert's enormous reputation largely overshadowed her career and compositions.

On Romance, a few women join Kanneh-Mason to perform Schumann's music: Conductor Holly Mathieson leads the Royal Liverpool Philharmonic and Kanneh-Mason in the Piano Concerto in A minor, which anchors the album, while violinist Elena Urioste joins the pianist in the set of Three Romances, Op. 22. Kanneh-Mason notes that she didn't set out to make a point with her choice of collaborators: "The fact that we are three females recording this music is lovely, but the last thing I want to do is send the message that this music should only be played by females. It should be played by anyone and everyone."

But will the music reach anyone and everyone, even beyond classical music's stereotypical older audience? Classical presenters continue to worry about attracting younger listeners, but Kanneh-Mason says she's optimistic. "I believe it is all about exposure," she says. "People can't be interested in something they aren't exposed to." She feels an obligation to share the music with people from her generation. "Every time I introduce classical music to young people they always have a positive and natural reaction to it," she says. And perhaps Romance will help a few more people — regardless of age — discover not only the neglected music of Clara Schumann, but also the musical personality of a gifted young pianist.