The 24-foot-tall chicken skeleton towers over the people who pass through the main hall of the Denver Central Library. Skeletal wings extend to the side, and it looks downright prehistoric.

“This broiler chicken is produced dinosaur-scale because the artist is drawing a connection to how we relate to dinosaur bones,” said Cortney Lane Stell, executive director and chief curator of Black Cube, a nonprofit nomadic art museum.

The bony poultry is part of a bigger project called “Monumental,” a series of temporary artworks going up around downtown. The Denver Theatre District is part of the fun. The idea is to challenge the role of monuments, ask why we memorialize things and who — and what — should be represented in these public pieces.

German artist Andreas Greiner “sees the broiler chicken as a sort of mascot” for the Anthropocene, a name proposed by a group of scientists to describe the epoch marked by significant human impact.

In short, this giant chicken skeleton is a monument to the current geologic era. Greiner calls it “Monument for the 308,” a nod to the Ross 308 broiler chicken.

This kind of chicken is bred specifically for us to eat, Stell explained. They’re so plump they can barely even walk. They don’t live very long. Plus, “we're putting these large amounts of chicken bones in dumpsters, which end up in landfills, changing sedimentary layers.”

“So, in a lot of ways, our relationship with this species shows our impact and changes to the planet,” she said.

Central library administrator Rachel Fewell said the sculpture has her and her library staff second-guessing what they eat and “thinking about the ways that we can reduce our carbon footprint in terms of where the food is coming from and what impacts are happening on the land and on the animals as they're being raised.”

Black Cube’s project also included a monument-making public workshop led by Denver-based artist Rian Kerrane, during which anyone could create a plaster cast of their hands in any gesture. Those expressive appendages became part of a larger monument, a “tower of hands of the community” to express individuality and community voice at the same time.

Three local artists designed temporary pieces as rotating monuments to Denver atop a concrete pedestal outside the Colorado Convention Center.

Noah Manos constructed a salt sculpture that resembles his house. It explores a sense of place in a city that’s rapidly changing. 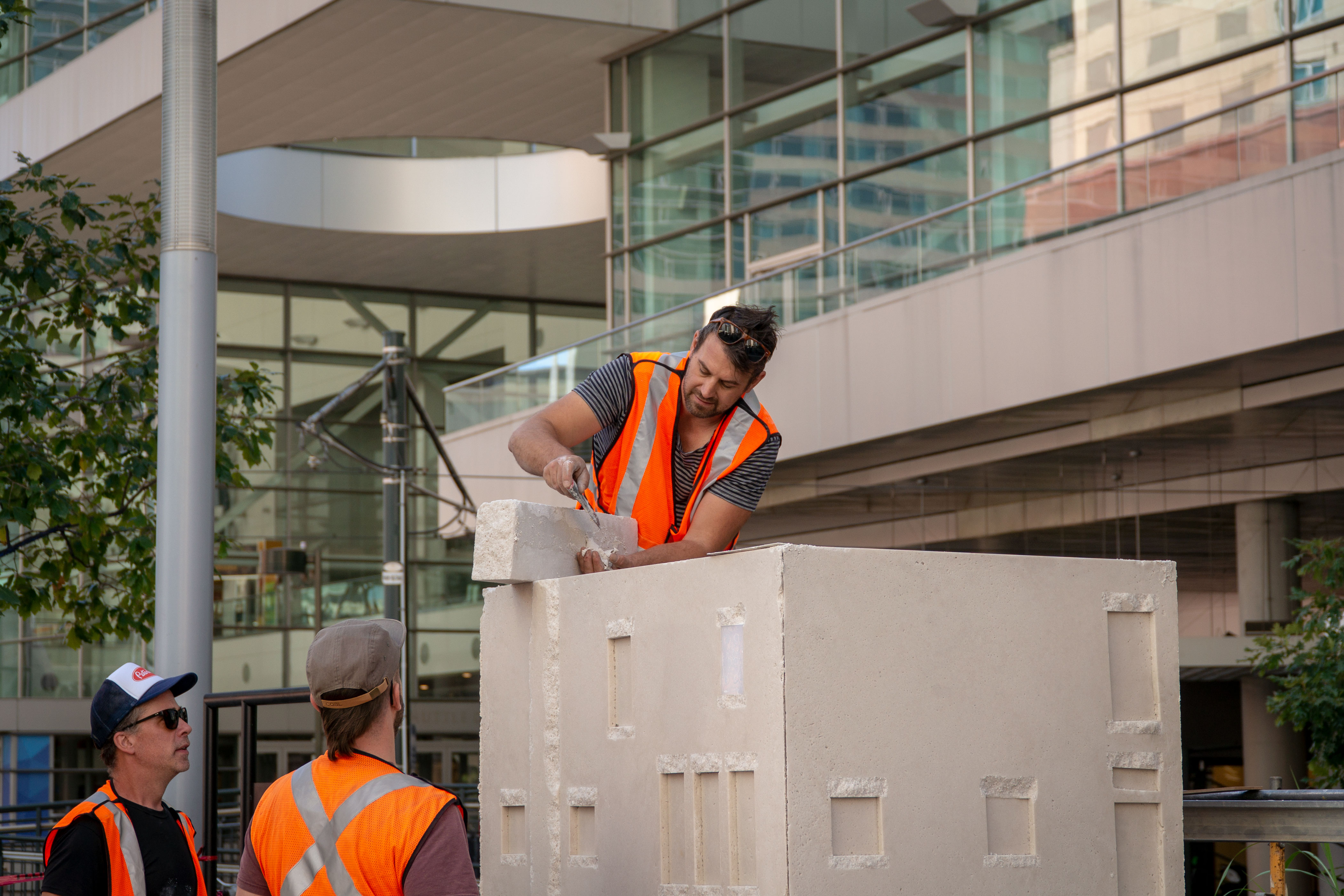 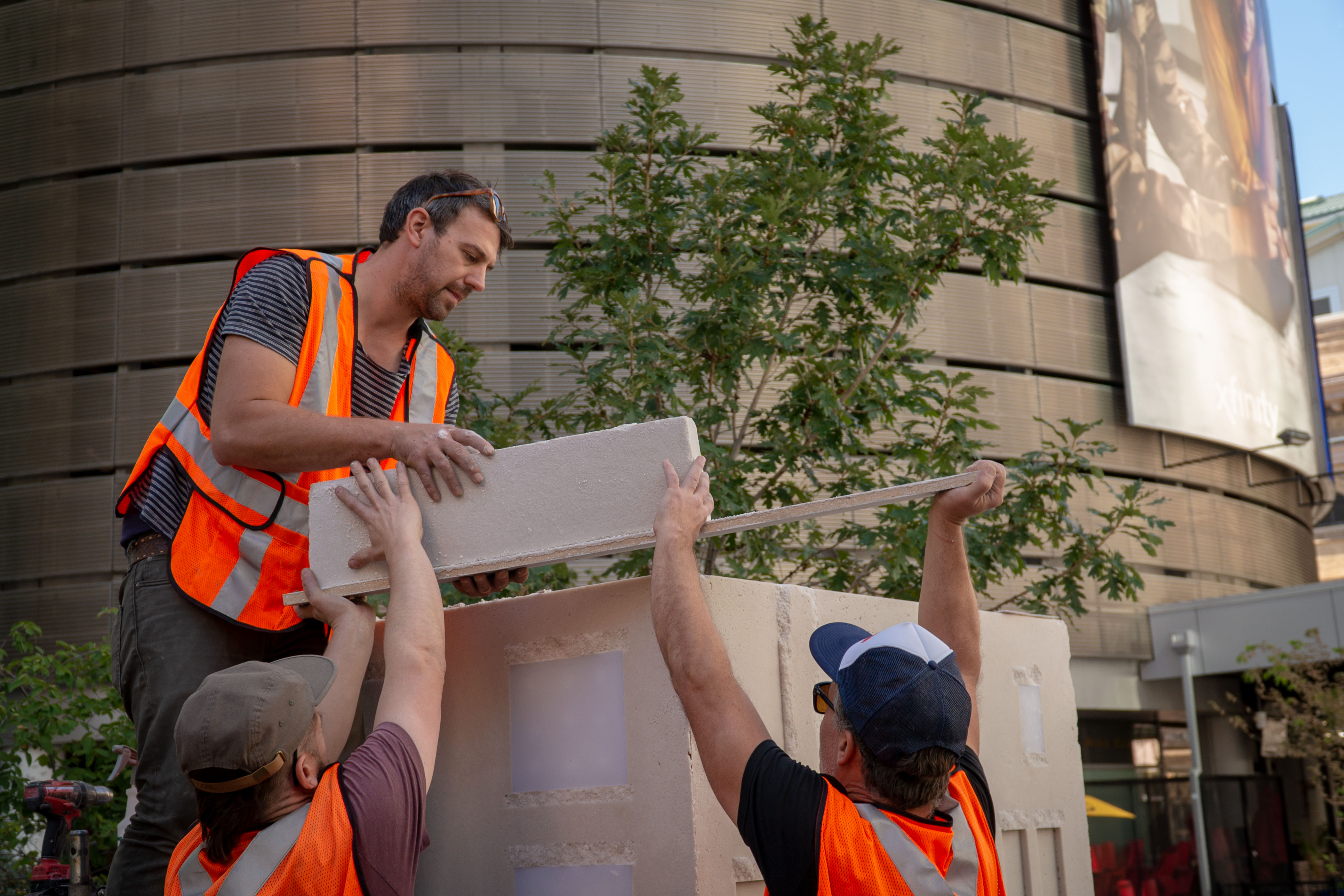 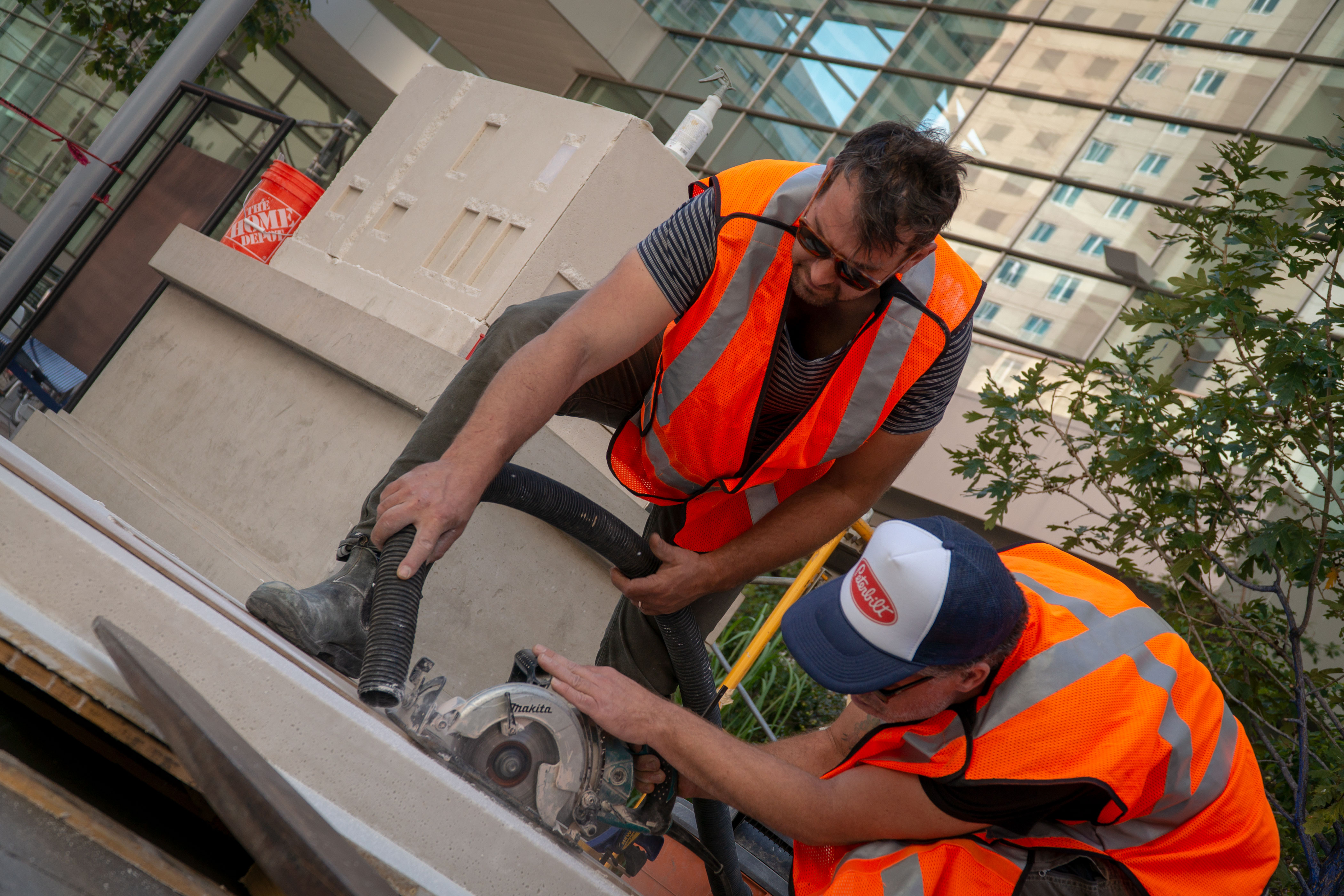 “I grew up here in Colorado and have watched this city transform in a significant way over the last 15 years,” Manos said during the install of the monument. “And I think the intent of the project was to try and create a time-based ephemeral experience that reflected the impermanence of the place itself.”

Weather will eventually erode the structure, and as the salt house disintegrates, it will reveal a different artwork inside. Manos said it reflects “how we think of this city as a big physical sort of permanent thing, but in fact, it’s continually evolving, changing [and] redefining itself.”

“I was trying to create a visual language that described that in some way.”

It’s the second of three works to be placed there. More artwork is on the way. In December, a monument to the city made from chain link fencing, a reference to other kinds of borders, will appear.