Ski Twitter recently blew up when videos of nightmarishly long lift lines at Vail Ski Resort made the rounds. People bemoaned the traffic, the $200-plus lift tickets and Front Range folks in general.

And a few offered the same rhetorical question: Why not just go to Cooper?

Less than 30 miles down the road, Ski Cooper had pretty much no lifts lines that day. It never really does.

With a proud grin, Cooper spokeswoman Dana Johnson declared the longest she’s ever waited for a chairlift was “maybe 3 minutes.” It doesn’t take much longer to walk from the parking lot to the slopes. While lift ticket prices continue to climb across the state, Cooper’s have remained low, only a fraction of the better-known ski areas nearby.

But Johnson’s careful about much she brags on her independent, nonprofit mountain.

“When I post something on social media, somebody will say, ‘Shh, don't tell anybody about it. You know, it's our special place,’” she said.

That feeling of ownership at smaller resorts has only gotten stronger as the state’s largest ski slopes have divided themselves into two behemoth camps: Ikon and Epic. Those are the season passes that give their holders access to one side or the other. The consolidation has made some of the most expensive resorts attainable for those who were priced out before.

Even as the season pass world has consolidated, smaller resorts have found ways to thrive outside the Epic and Ikon systems. The secret seems to be to lean into who they’ve always been, as opposed to pretending to be who they’re not. Sunlight Mountain, a few miles from Glenwood Springs and a short drive from Aspen, doesn’t really see the world-famous resort as competition. Spokesman Troy Hawks thinks they attract entirely different skiers.

“You'll be hard pressed to find shiny gold or patent leather at Sunlight,” he quipped. “You're more likely to find flannel and blue jeans and camo.”

Sunlight’s even started to make camouflage trucker hats, as it continues to woo the kind of skier who may have gone hunting the day before.

Like most of these smaller, cheaper ski resorts, it’s also built a network of partnerships with other similar ski areas. A season pass at one offers you access to dozens of others across Colorado — and the country. A Sunlight pass even gets you a couple of international ski destinations, too.

But small ski areas know there’s only so much they can do to entice that coveted group of existing skiers and boarders. To survive, they also have to make new ones. 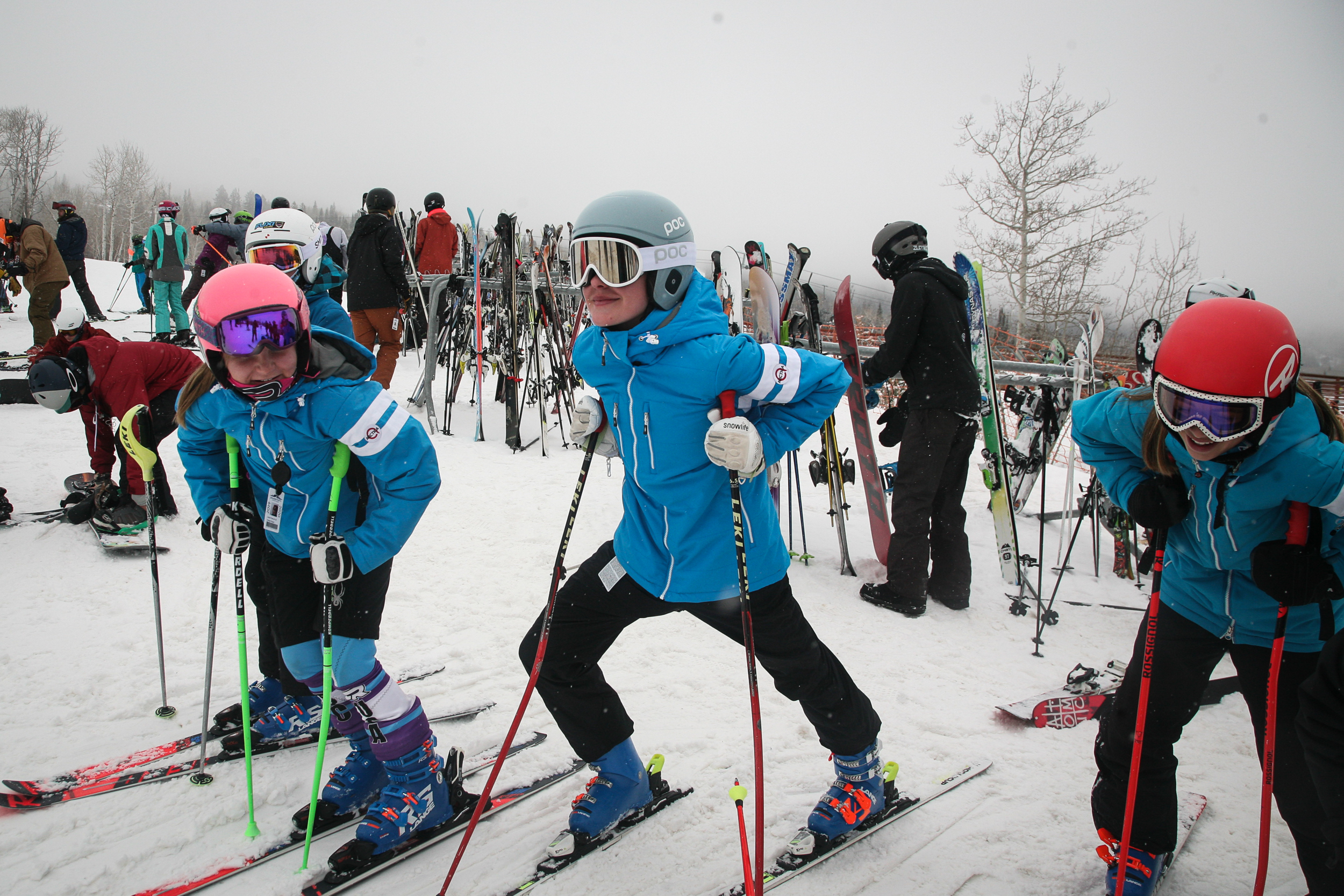 Stinqa Sieg/CPR NewsKids in the Powderhorn Racing Club wait to hit the next run on a misty powder day. 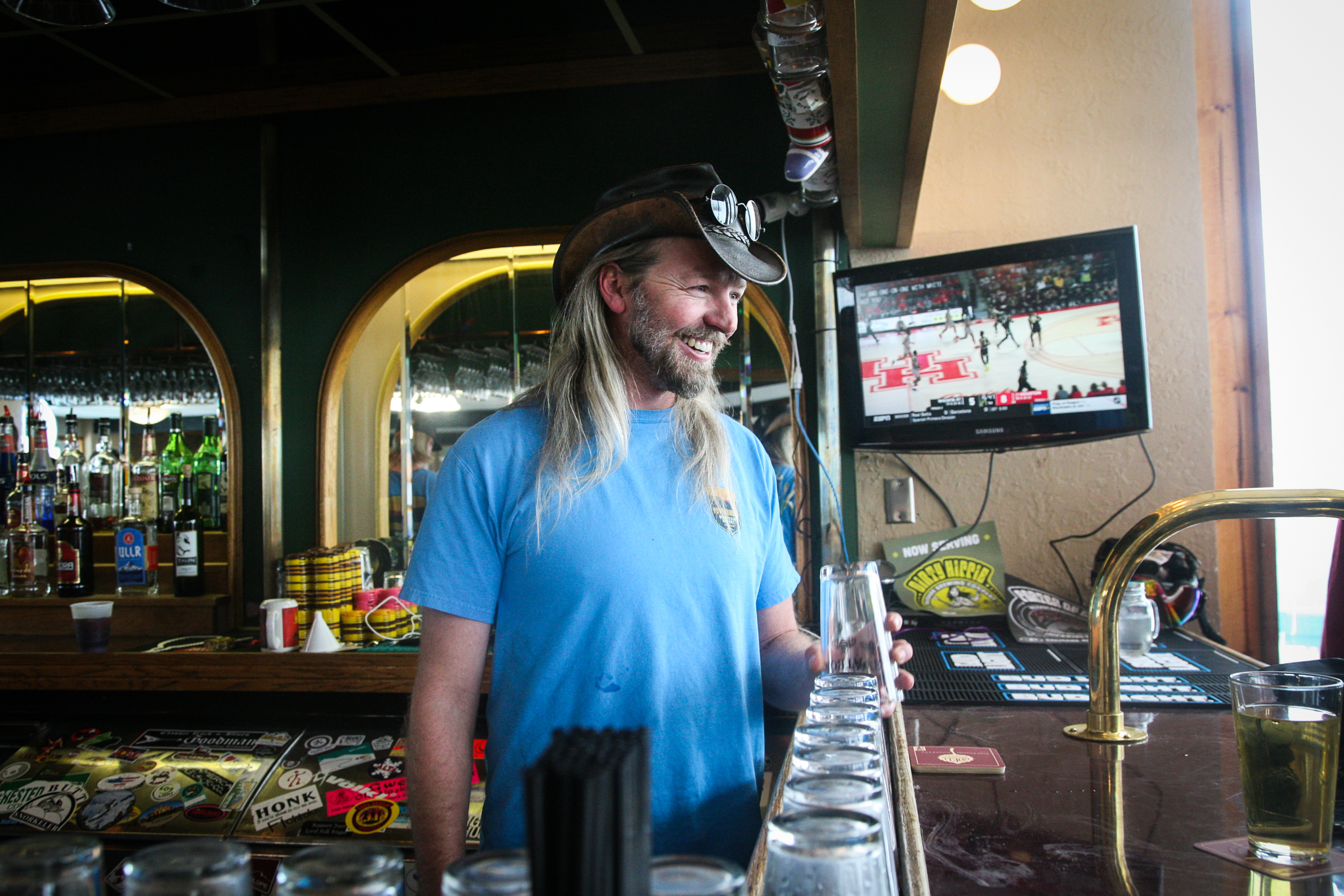 Stina Sieg/CPR NewsFor many, the Powderhorn Pub is the meeting spot of the mountain. Bartender Scotty Waters gets ready to pour a pint. 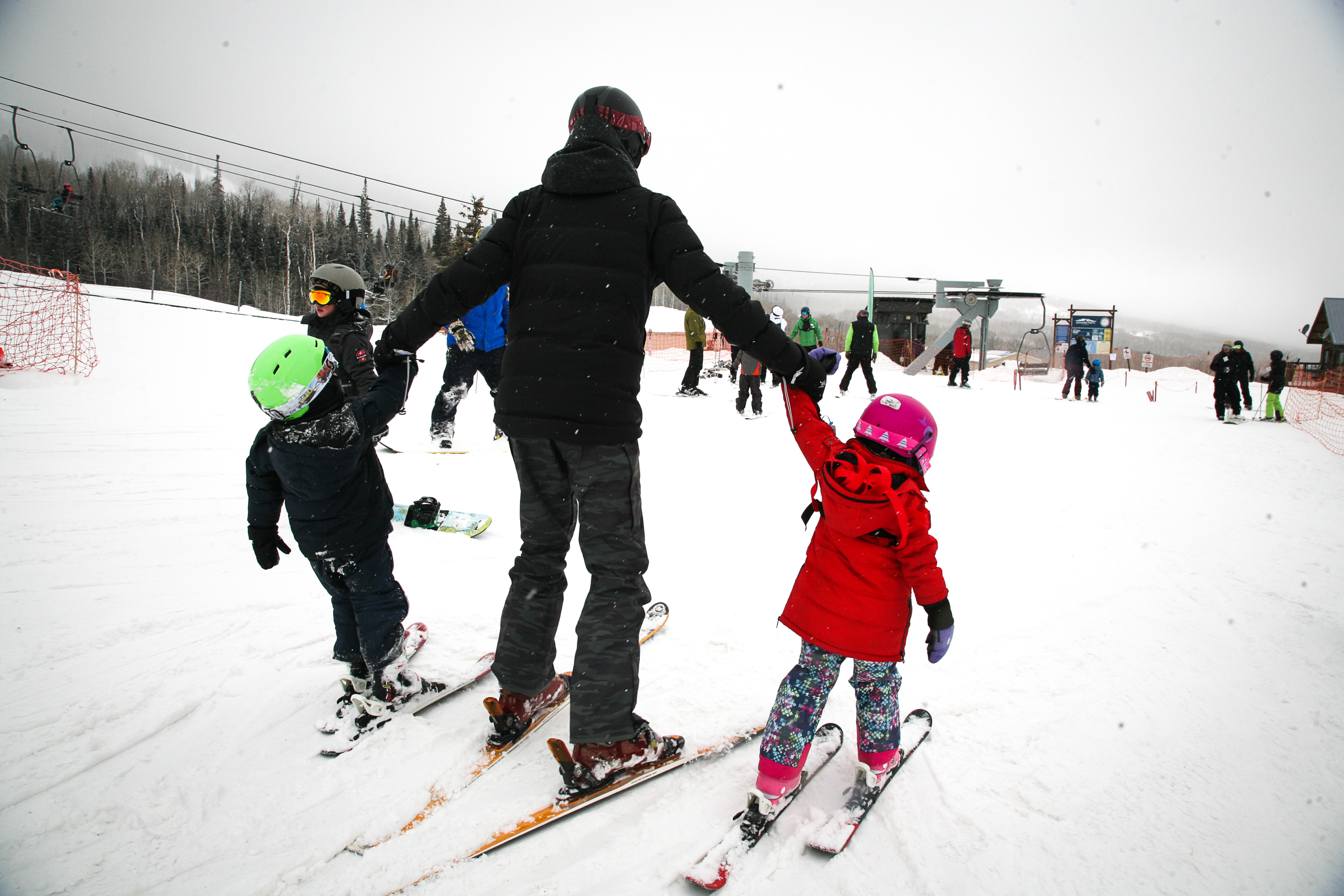 Stina Sieg/CPR NewsInstead of trying to compete with larger, fancier resorts, mountains like Powderhorn have talked up their individual strengths, like having a welcoming, family-friendly vibe. 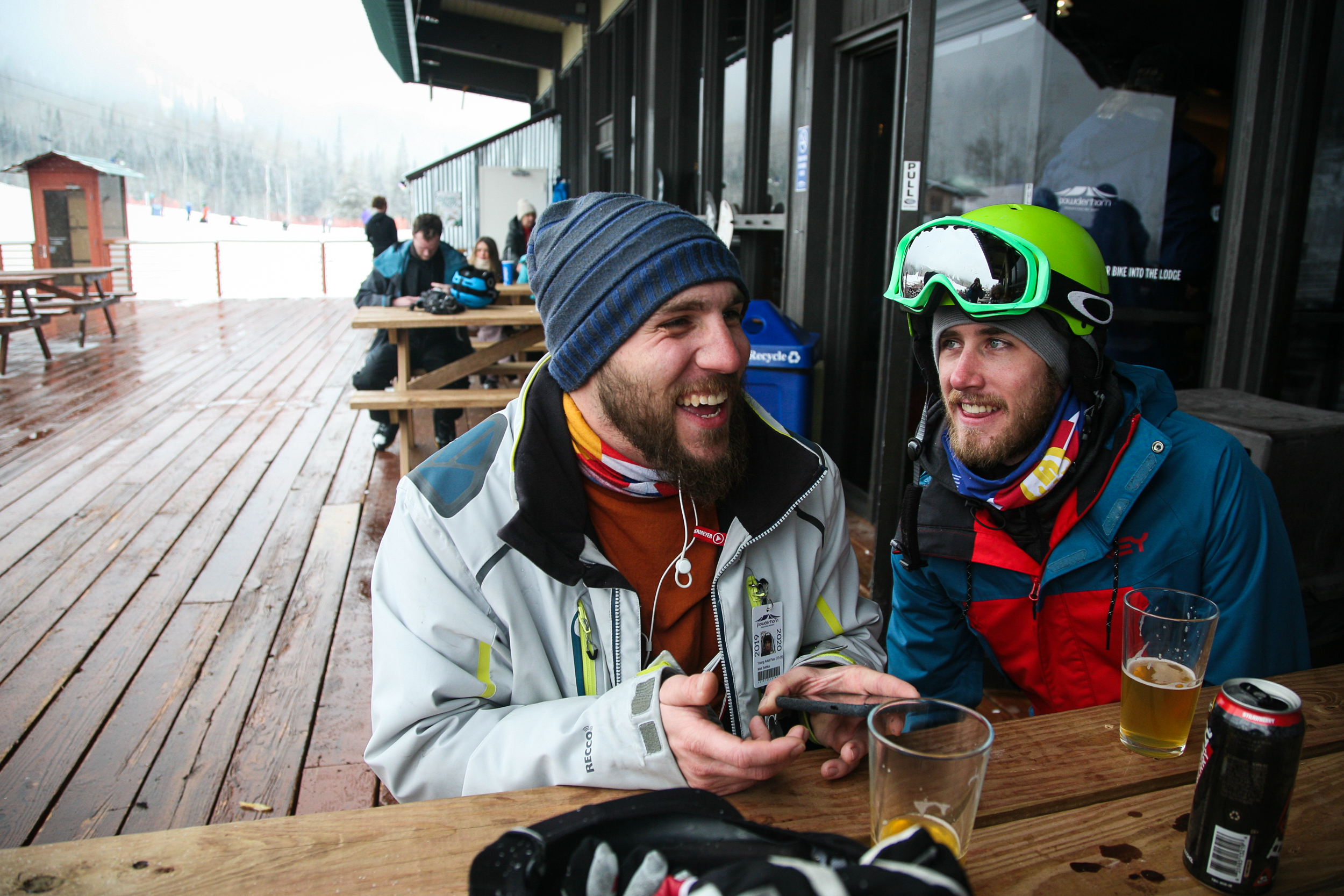 Stina Sieg/CPR NewsMatt Bethka, left, and Brandon Case stop for a drink between runs at one of Powderhorn’s few watering holes.

At Powderhorn Ski Resort, high on a mesa less than an hour from Grand Junction, people can learn to ski or snowboard for free — as in three free lessons with free equipment rentals. The target, spokesman Ryan Robinson said, is people who thought winter sports were unaffordable and “beyond their ability levels.”

The hope is to “break down those barriers to entry and get more people on the mountain,” he said.

It’s working. Thanks to the program, and season pass prices that have been slashed nearly in half, pass holders at Powderhorn have increased 65 percent in only two years. And every day, a crew crop of nascent skiers and boarders take lessons, as wobbly and determined as newborn horses taking their first steps.

On a recent weekend, 27-year-old Krystal Bostrom was one of them. Even though she lives close by, she never saw herself as a skier.

“I think it just scared me too much and very expensive a lot of the time,” she said.

But the free ski program had enticed her and her boyfriend to give it a shot. Over the course of their first lesson, they went from learning to walk in their ski boots to gliding on snow for the very first time. After a few hours and a few falls, they graduated to their first real hill.

By the time she slid slowly to the bottom, Bostrom was laughing.

“We made it!” she called out, slightly joking and totally proud.

She talked about feeling “way more confident” and wanting to learn to be better. And when asked if she would keep coming back, she replied with a sunny “Yeah!” and made her way back to the lift.