Roseann Casey, of Eagle, Colorado, had heard about the new coronavirus before she set off to Peru in early March. Mainly, that it was in Asia and Europe, so she remained excited about her week-long yoga retreat outside the Peruvian mountain city of Cusco, with a couple of days of sightseeing tacked on at the end.

“We kind of thought we were in one of the best places because there had been very little exposure in South America,” Casey said.

She was supposed to head home on March 18, but three days before that, the Peruvian government closed all its borders in a span of 24 hours in an effort to stop the spread of COVID-19.

“And it literally left people with pretty much no options to get sorted out and change flights,” Casey said. Now she is one of several thousand Americans stuck in Peru and trying to find a way home.

The U.S. State Department — and local congressional representatives — are scrambling to lend a hand to stranded Americans across the globe. The speed at which everything closed down has left 50,000 U.S. citizens in a bind, according to government officials.

Emil Ortiz and Ava Williams, both from Fort Collins, were in Peru as a belated graduation celebration. She had finished up an internship in Ecuador and he’d taken time off work.

Williams expressed some concern to her father about the trip. She thought maybe she should just head home to Colorado instead but her dad encouraged her to go. There weren’t many COVID-19 cases in Peru. She arrived in Cusco the night before the border closed and they weren’t able to book a flight out.

“Flights from Cusco to Lima [were] completely booked,” Williams recalled. “And we were also unsure if we wanted to go to Lima because the martial law there has been very intense.”

Ortiz said they decided to try their luck at the airport the next day, which “wasn’t the greatest idea because it was complete chaos at this airport. Every single traveler and local was trying to get out of Cusco.”

Both had registered with the State Department’s Smart Traveler Enrollment Program and heard from the U.S. Embassy in Lima, as well as staffers from Rep. Joe Neguse’s office who have helped to triangulate information, and of course, there are their fellow travelers.

Ortiz was already supposed to be back at work and until a few days ago, he said the entire ordeal has been stressful.

“The past two weeks, I’ve personally, like, definitely been affected and kind of going crazy here,” Ortiz said. “But just, now that we’re actually getting communication and responses, it’s like OK, we’re going to be fine, you know what I mean?”

The State Department has received criticism for its response and has been urged to do more by Neguse, Sen. Michael Bennet and others in the Colorado congressional delegation to repatriate American citizens. Sen. Cory Gardner asked the Department of Defense if some of its vast resources could be used to bring Americans home.

Casey from Eagle hesitates to criticize the State Department’s response. She’s a former Foreign Service officer so she knows that the department’s not a travel agency. The advice they give out is to try and find a commercial flight. But that was part of the problem. There are no commercial flights. 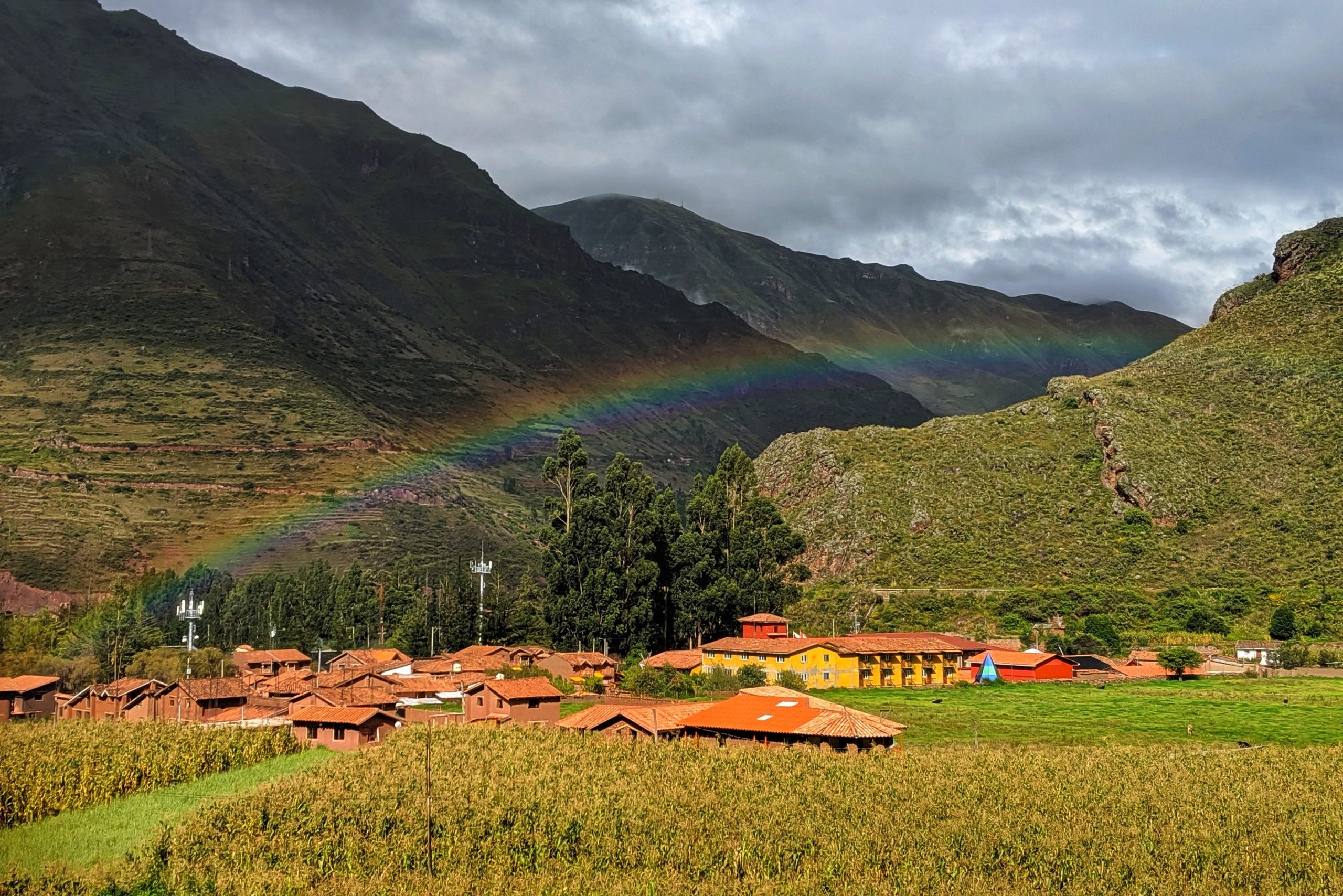 Photo courtesy of Emil OrtizThe view from Pisac, a small town an hour north of Cusco, Peru, where Emil Ortiz and Ava Williams are staying until they can get a flight back to Fort Collins. 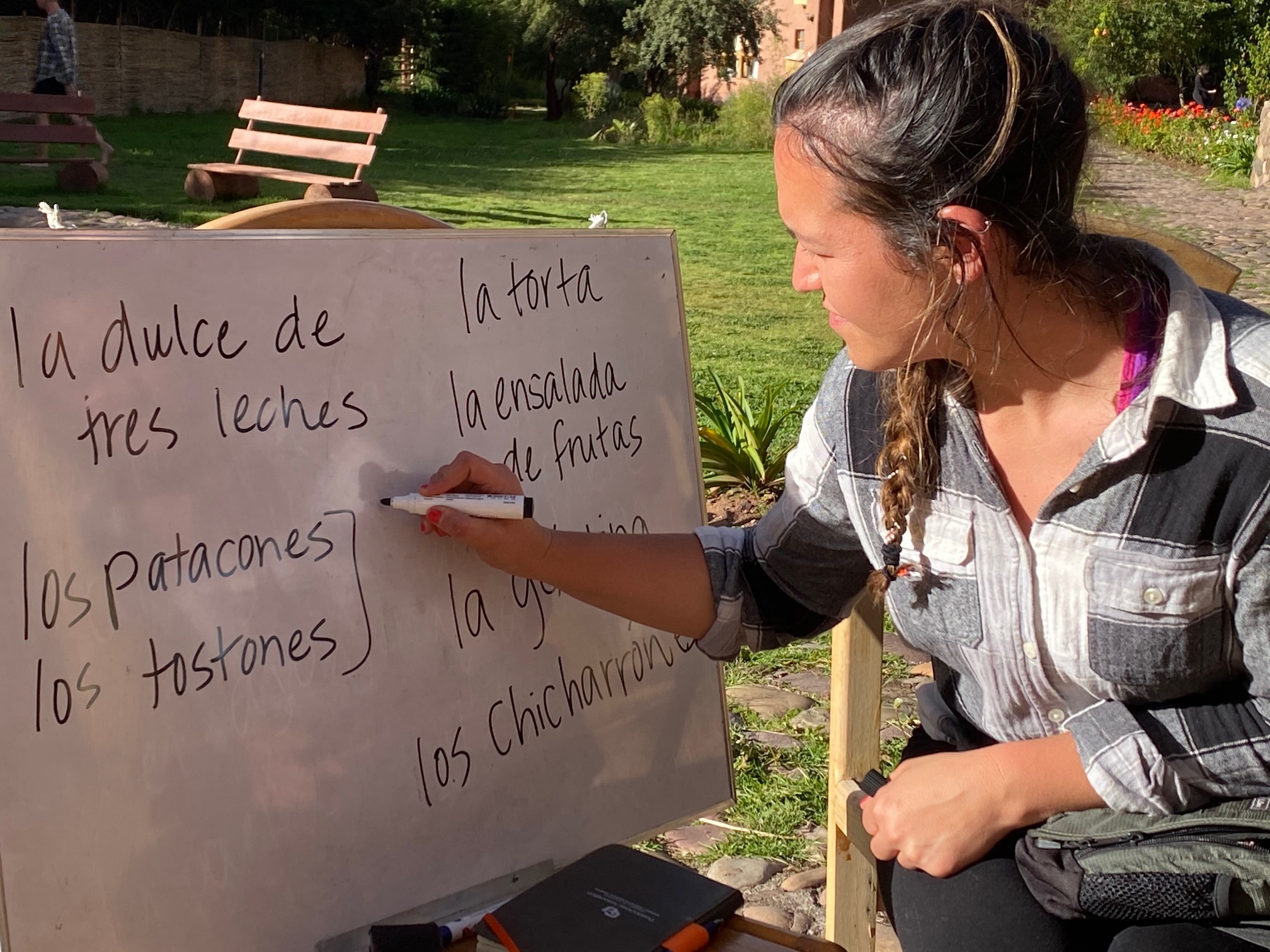 Photo courtesy of Emil OrtizOne stranded American teaches Spanish as the group of more than 20 waits to hear if there will be a U.S. government-chartered flight to bring them home. 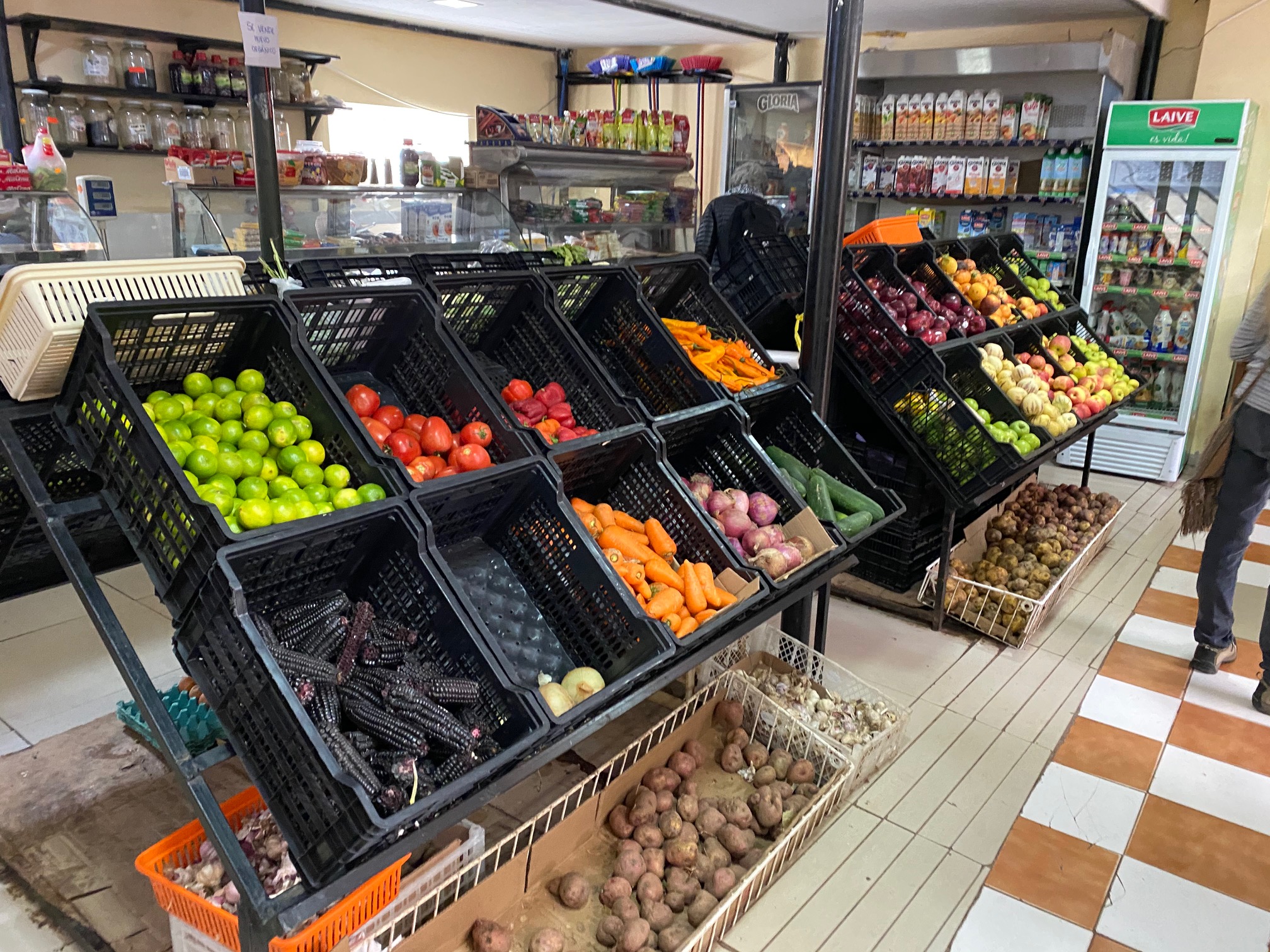 Photo courtesy of Roseann CaseyUnder curfew laws, people are allowed to go to the nearby market and pharmacy but must be out and back inside by 12 p.m. in Peru. 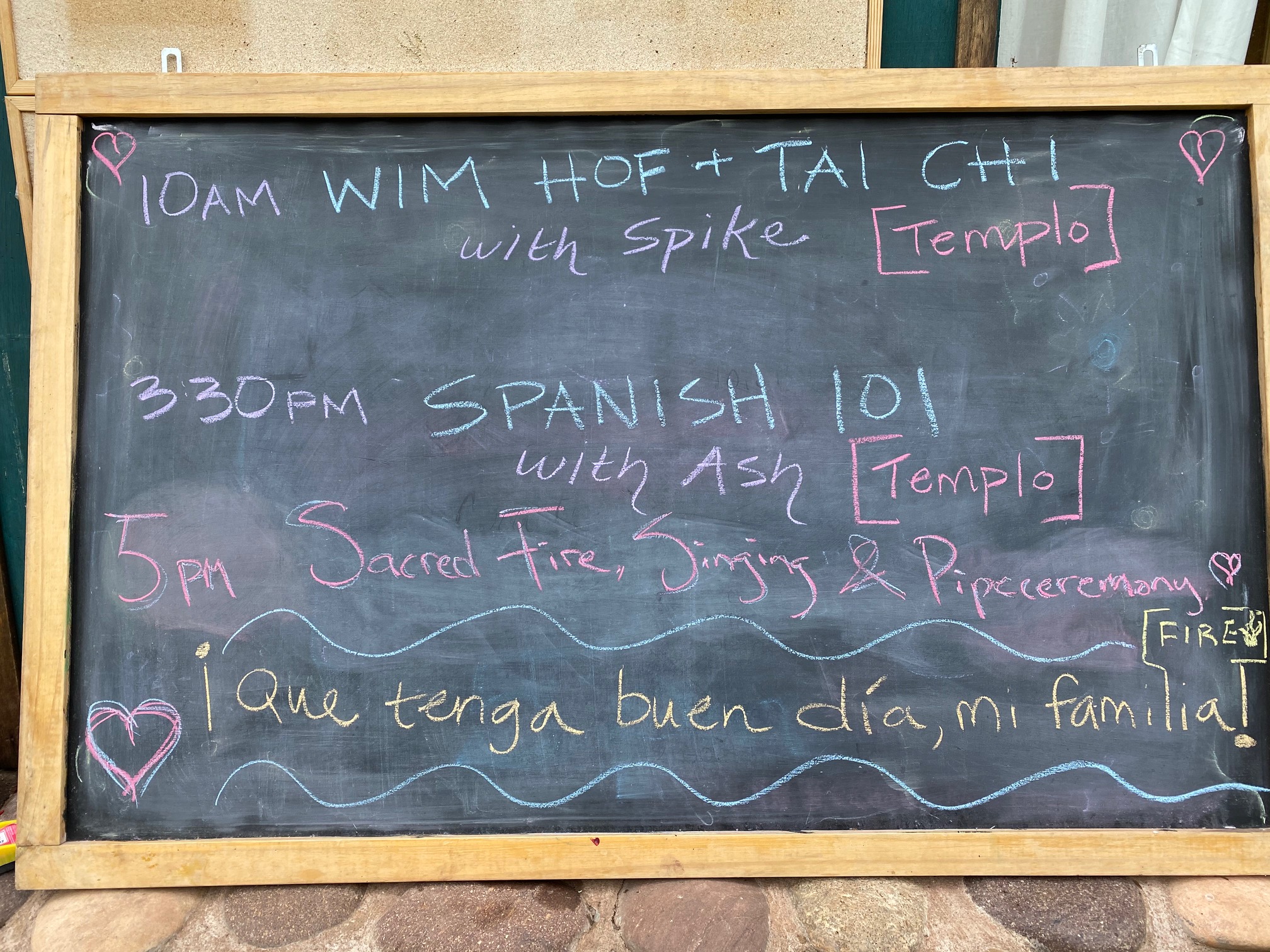 Photo courtesy of Roseann CaseyGuests at the yoga retreat plan activities while they wait to hear about a charter flight out of Peru.

“We’re on lockdown and flights are canceled, and only flights that can land are permission of the government to another government. It just became clear that they had to help,” Casey said. “I think [the embassy staff] were just ill-prepared to handle the number of people who are here.”

Casey has become the informal point person with the embassy for her group of 23 Americans, including 13 Coloradans, stuck outside the country in Peru.

They pass the time doing yoga and sharing their talents — one person taught an improv class, another taught Spanish, they even have someone who can cut hair. Despite that, their bags are packed and Casey said she could be ready to leave in 10 minutes.

She said this delay has come with a lot of costs.

“There’s a lot of people who have just been completely tapped out here, unexpectedly staying in Peru for at least 10 days or more and then looking at losing jobs at home, lost income at home and then having the obligation of paying a very high-priced flight,” she said.

Earlier in the week, she had received an email in the middle of the night about a seat for her on a flight out of Cusco, but she didn’t see the message until the morning and wasn’t able to get to the airport in time.

Denverites Ryan and Ashley Schwede are some of the lucky ones. They have confirmed seats on a flight out of Honduras. They’d been traveling for 18 months and had a ferry booked to Belize when Honduras shut its borders in less than a day.

They joined a Facebook group for Americans trapped in Honduras, where they were told to reach out to their congress members. They did that, but it wasn’t them or even the U.S. Embassy in Honduras who told them about the flight, it was a fellow traveler.

“We ran to the room, looked online, it was available, booked it. One hour later it was sold out,” Ryan Schwede said. They got the embassy email about the flight later that night.

“We know that we’re going to be getting out of here,” she said. “That is not the case for Americans in many other countries across the globe. So, just because we’re getting home doesn’t mean everyone else is. And this is a problem.”

The State Department said it’s working around the clock and has brought 9,000 people back from 28 countries, with another 9,000 expected on scheduled flights, including one out of Cusco, Peru, in the coming days.

As of Thursday, Rosanne Casey, Emil Ortiz and Ava Williams were not scheduled for that flight out of Cusco. The Peruvian government announced Thursday that borders will remain closed until April 12.

But they all remain hopeful that they’ll be home in Colorado soon.