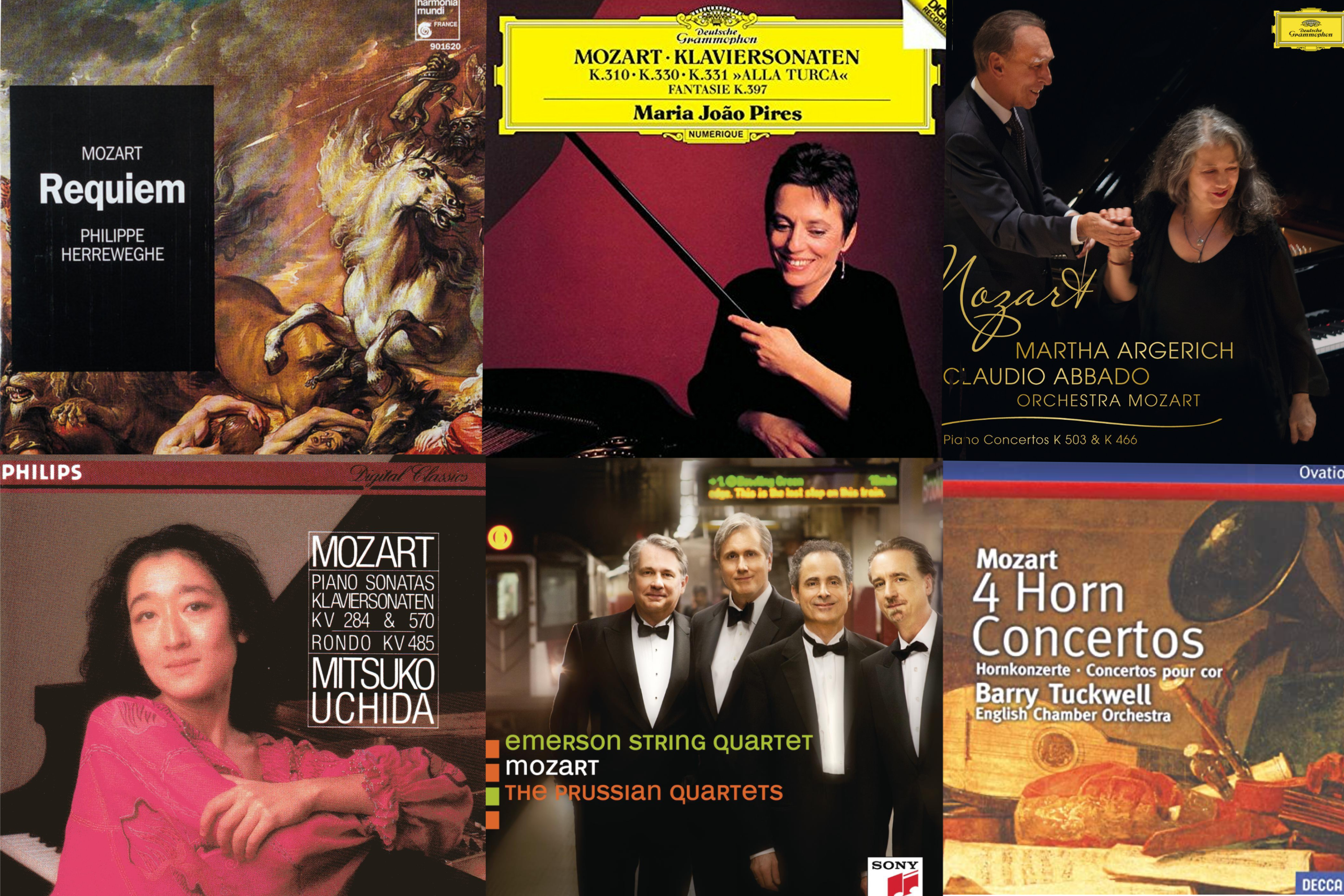 It's no surprise why Wolfgang Amadeus Mozart is the most recognizable classical composer: memorable melodies, a wicked sense of humor, and music with a serious sense of humanity. A child prodigy and prolific composer who's music is just as familiar in the concert hall as it is in a film soundtrack. CPR Classical picked our favorite Mozart pieces - somehow - to celebrate his birthday on January 27th.

Mozart's very last string quartet is top 'o the heap for me.  Wolfgang's writing for strings is exquisite...he passes around the musical voices, so there is always something special for each player. Nobody is stuck playing mind-numbing accompaniment while somebody else gets to play beautiful melodic lines. The second movement is my all time favorite of Mozartean slow movement.  Just one word to describe it -- luminescent.

As a young music lover in my teens, I went to a recital by a young married couple who were both pianists. This piece was their finale. Watching those two facing each other across two huge Steinways was thrilling. It was the first time I watched the essence of performing chamber music. The eye contact was just as if they were having a vigorous, joyful dialogue. I will never forget how the music of Mozart created that moment for me.

I often come back to this recording just for nostalgia. It marks a close, fifty-year friendship between two towering musical figures, and the very last recording before Claudio Abbado died at age 80 in 2014. I'm also a sucker for Mozart's piano concertos, filled with the grace and soul nourishment, which we could use a lot more of these days.

I know: a lot of it isn't actually Mozart, but I adore it (the Requiem) for the clarinet writing. A long time ago, I didn't like the clarinet. But, after hearing what was written for it by Mozart and Tchaikovsky and Rachmaninoff, I changed my mind. Completely.

Mitsuko Uchida is known as a sparkling, peerless interpreter of Mozart's piano scores. She performs some of my favorite works including Mozart's "Durnitz" Sonata, K. 284. The final movement of this piece is outstanding; Mozart churns 10+ variations out of a "simple" theme. In all, the composer's genius for creating music with a depth of variety is expertly captured in this recording by Uchida.

Mozart's four horn concertos illuminate not only his extraordinary compositional skills, but they give great insight into his personality. Mozart wrote them for a family friend who was a terrific hornist, Joseph Leutgeb. Mozart's score is full of jokes and jabs, despite Leutgeb being old enough to be Mozart's father. At first glance, the teasing seems a little cruel, until you realize that these masterful concertos were written with great admiration for Leutgeb's virtuosic skills. Mozart wanted to make his friend shine!

Mozart isn’t my usual go-to as a composer, but I have one huge exception -- his 11th piano sonata. The first movement in particular is so full of feeling and serenity, it’s always top of my list when I need hope. Something about it speaks to my soul. Honorable mention to the Jupiter Symphony, which fills a very similar part of my heart!

For Mozart and more, listen to CPR Classical