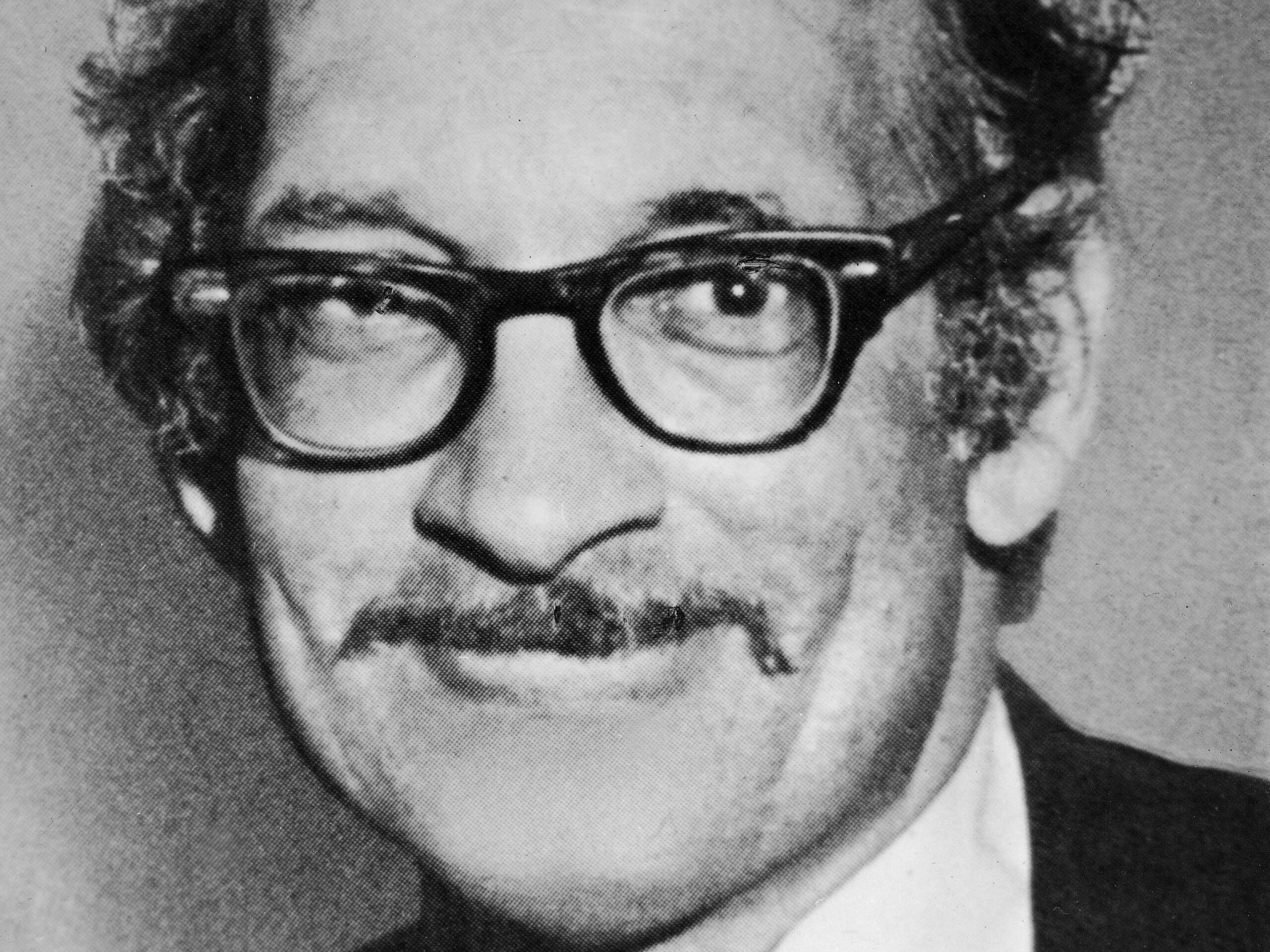 The influential American composer George Crumb died Sunday at age 92. While audiences could find some of his music forbidding or opaque, it often mined a deeply felt and uniquely American vein of emotion.

His death was announced by his longtime recording label, Bridge Records, which said that he died at his home in Media, Pa., with his family at his side. No cause was given.

Crumb's howling, landmark 1970 work Black Angels (Thirteen Images from the Darkland) (Images I) was a protest against the horrors of the Vietnam War that utilized spoken word, bowed water glasses and electronics. Violinist David Harrington was so inspired after hearing Black Angels that in 1973 he founded the famed Kronos Quartet to explore new music and new sounds for the traditional string quartet.

Decades later, David Bowie declared the original recording of Black Angels to be one of his favorite albums of all time, writing: "It is a study in spiritual annihilation ... it scared the bejabbers out of me." (An excerpt from the piece also formed part of the soundtrack for The Exorcist.)

Political divide and the anguishes of war were a subject Crumb returned to in his 2004 work The Winds of Destiny, for which he arranged Civil War-era songs. In 2011, theater director Peter Sellars staged the work, featuring soprano Dawn Upshaw along with amplified piano and a percussion quartet.

In a 2011 interview with All Things Considered, Sellars observed how Crumb had tapped into still-unresolved elements of American history. "There's the same loneliness, bitterness, sourness that these songs reflect from the Civil War period," Sellars said. "These were American songs from a time when the country was torn apart, and they reflect the kind of emotional intensity of the divide and also the longing to come together. So the material goes very deep into a still-unhealed wound in the American psyche."

In his later years, Crumb frequently returned to American hymns and spirituals as a wellspring of inspiration: In the 2000s, he published over a dozen arrangements of old American folk material that he grouped together under the larger title American Songbook, including The Winds of Destiny.

He also found inspiration in many other diverse sources, including the colors and timbres in Debussy's music, the poetry of Federica García Lorca and the calls of humpback whales in his 1971 Vox Balaenae (Voice of the Whale), written for electric flute, electric cello and amplified piano.

He won a Pulitzer Prize in 1968 for his work Echoes of Time and the River and a 2001 Grammy Award for his 1977 piece Star-Child, for soprano, children's choir, a male speaking choir, bell ringers and large orchestra.

Crumb was born Oct. 24, 1929, in Charleston, W.Va. His parents were both professional musicians; his father was a clarinetist and his mother played cello. He graduated from the Mason College of Music and Fine Arts in his hometown (which later became part of the University of Charleston), and received a master's degree from the University of Illinois at Urbana-Champaign before traveling to study at the Hochschule für Musik in Berlin as a Fulbright fellow. He received his doctorate in composition at the University of Michigan in 1959.

Crumb was famed for his notated scores — so visually beautiful that some were featured in museum exhibitions. The written score for one piece within his 1973 collection for solo piano, Makrokosmos II, is in the shape of a peace symbol. In a 2002 interview with All Things Considered, Crumb said that such nonstandard notation, which he used in much of his music, was freeing — not just for him, but for the musicians who played his work. "They're not thinking of aligning parts in a vertical way," he said. "They're floating clear of that."

Crumb attracted a legion of students, both private and at the University of Pennsylvania, where he taught from 1965 to 1995. Many of his pupils became influential composers in their own right, including Jennifer Higdon, Osvaldo Golijov, Melinda Wagner and Christopher Rouse.

Listen whenever and wherever for Classical music and news