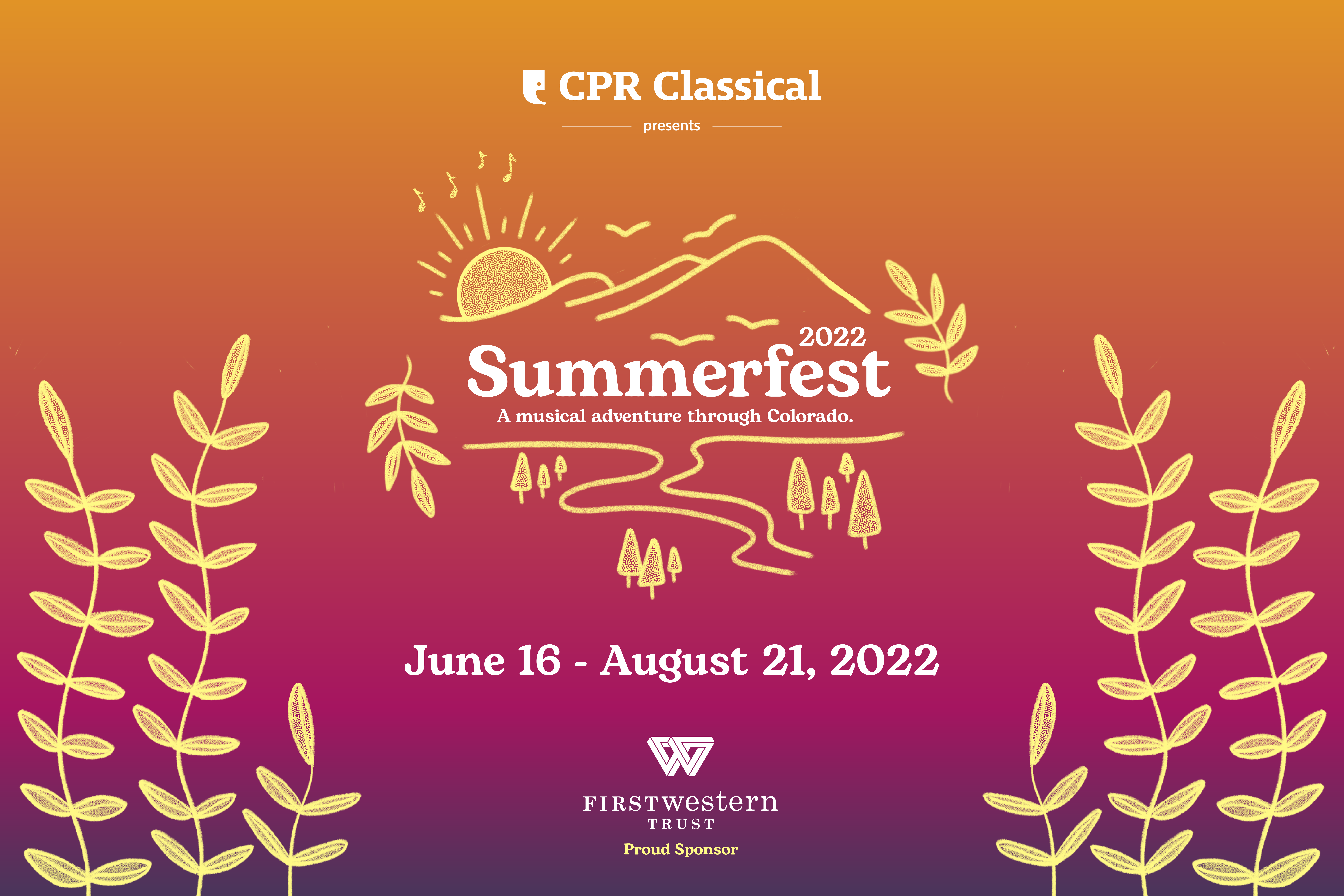 Every summer the classical music world comes to Colorado. The Centennial State boasts more summer classical music festivals per capita than any other state! With nearly 20 festivals, it’s impossible to get to all the concerts you’d like to see, so CPR Classical brings the music to you during our 10-week Summerfest programming special.

Here’s what to listen for:

When we say that Colorado is a mecca for classical music in the summer, we’re not kidding. World-class orchestras leave their concert halls to come to Colorado for summer residencies. The who’s who of soloists play all across the state. Top performers from orchestras around the nation play nightly at various festivals. If you can imagine sampling great performances from many festivals to create a “best-of” concert, imagine no more. Listen for the Flight of Festivals Summerfest Concert Series to take you around the state in one concert.

How did Colorado come to have so many summer classical music festivals? Was it just the mountains that drew classical lovers here? Or was it the unique venues where some of the festivals perform? Maybe it was both! Listen every day for CPR Classical Summerfest Postcards that will tell the story of Colorado’s unique position in the classical music world.

There are hundreds of classical music concerts in Colorado this (and every) summer. Are you planning a trip to Durango this summer? Take in a concert with the Music in the Mountains Festival. Headed to see the wildflowers in Crested Butte? Add in a concert with the Crested Butte Music Festival. Hoping to see the hot air balloons in Steamboat Springs? Classical music concerts happen not far from where the balloons launch. Listen every day for the Summerfest Concert Calendar and make sure to visit our classical concert calendar online to plan your summer music outings.

Need some more details before making a decision? Check out our guide to Colorado's 2022 summer classical music festivals.

Summerfest 2022 is made possible by:

Additional support for Summerfest 2022 is provided by: