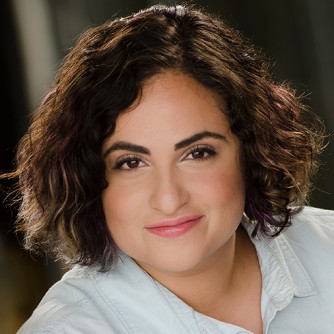 Ann Marie Awad is a reporter and host of the On Something podcast from CPR News. She joined CPR in 2017 after serving as an education reporter at KUNC and host and reporter at WRKF in Baton Rouge, La.

Professional background:
Ann Marie joined Colorado Public Radio in 2017 after serving as Education Reporter for KUNC in Greeley, Colo., where she covered K-12 and higher education throughout the state.

Ann Marie got her start in radio as an intern for WHYY in Philadelphia, Pa. before moving to Baton Rouge, La. to work for WRKF. While there, she hosted “Morning Edition,” worked as a reporter and produced special features, including a weekly half-hour local news magazine called “Roux Radio.” Ann Marie also gained experience at each of these stations designing multimedia websites and managing newsroom operations.

Awards:
Ann Marie earned awards from the Society of Professional Journalists in 2019 for her marijuana coverage and in 2016 for general reporting. In 2016 she won a Colorado Broadcasters Association award and was selected as a 2016 scholar by the New Voices Scholar Association of Independents in Radio (AIR). Ann Marie also received an Edward R. Murrow Award for Hard News in 2015, as well as awards for Best Feature and Best Sound from the Louisiana AP Broadcasters Association in 2014.