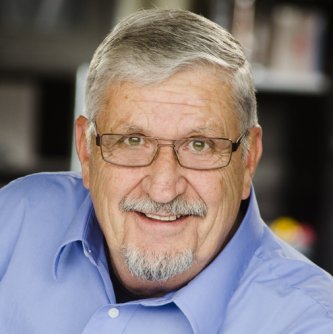 Bob Lafley was a host on CPR Classical.

Professional background:
Bob’s career in radio began in 1969, working as music announcer at classical music station KFML and the original KVOD in Denver. During the past three decades he has pursued two life-long loves: radio and cooking. He was a longtime care provider and volunteered for Denver Community Television, Recording for the Blind and Community Housing Services.

Bob came to Colorado Public Radio in 1981 and assumed duties as assistant music director the next year, a position he held for 10 years. He came back in 2001 to serve as host on CPR News and began hosting for CPR Classical in 2017.

In his own words …

Why I got into radio:
I vividly remember the time before television, when radio was king. The whole universe of news and entertainment came into homes through large wooden radio sets. Even with the advent of television, nothing was as cool, or meaningful, as the transistor radio I got from Dad one Christmas.

After military service during the Vietnam War, I chose to make my home in Denver. When my wife and I lived in the Cherry Creek district in the late 1960s, our friends and neighbors reflected the wide variety of professions found there, including the arts – and radio. I got my broadcasters’ license, was hired by KFML and, for a time, had the chance to work with many wonderful people there and at KVOD.

How I ended up at CPR:
I first listened to KCFR while living on Capitol Hill in Denver in the early ’70s. It was my first exposure to listener-supported radio. Even though I was working in a totally different area (managing food service operations), I eventually became a weekend volunteer announcer on KCFR. I had the pleasure of being employed as assistant music director until 1992. After a 10-year hiatus I got the chance to resume my radio career on Colorado Public Radio.