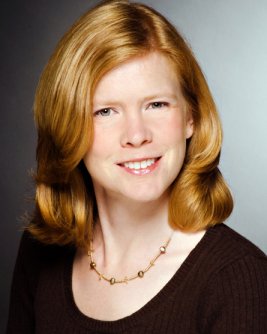 Judith came to CPR from Orlando, Fla., where she served as news director at WMFE for four years. In that role she managed coverage of major events including hurricanes, elections, and most recently, the end of NASA's iconic space shuttle program. Judith also worked as a producer, reporter and host at WMFE from 2004-2007. Before WMFE, Judith was based in Washington D.C., where she edited a breaking-news feed for radio clients around the world at the news agency Feature Story News. She also gained valuable experience as a junior fellow at the Carnegie Endowment for International Peace in Washington, D.C.

Awards:
Judith was the copy editor for a Peabody Award winning documentary titled, “Lucia’s Letter,” which also won a New York Festival’s Gold Medal in 2010. In seven years at WMFE she won nine Florida Associated Press Awards, including top prize in the category for “Best Public Affairs Reporting” for editing and producing a series on water issues in 2008. In 2005, Judith contributed to the documentary, “Countdown Discovery,” which won a Sigma Delta Chi award from the Society for Professional Journalists.

Q & AWhy I became a journalist:
For as long as I can remember, I have been interested in current events, from politics to international affairs, and how those events affect real peoples’ lives. I also have a longtime love for writing; in fact, I still have in my possession, many volumes of journals I kept as a young adult. It was only a matter of time before the two interests came together.

Why I got into radio:
Ever since high school, I’d wanted a career in international affairs. I was going to be a diplomat or a policy maker or one of those think tank experts who were always being quoted in the news. After college, I took my newly minted degree in international studies to Washington D.C., where I landed a fellowship with one of those think tanks. Sadly, I soon found myself frustrated with the slow pace there, and realized I needed to find a career where you didn’t have to wait years to see the results of your work. I was listening to public radio a lot those days, since I had decided to do without a television to save money. I started to think that perhaps radio news would be a way to marry my interest in world events and my desire for a quicker pace of work…not to mention a use for all those years of speech and drama training in high school! I fell into an internship with a Washington-based international broadcast news agency, which later turned into full-time employment…and the rest, as they say, is history.

How I ended up at CPR:
I was not looking to leave Florida. I was happily ensconced in my job as news director at Orlando’s WMFE, where I had been for the previous seven years. But Kelley Griffin and I got to talking at a Public Radio News Directors conference about CPR’s desire to renew its commitment to current and breaking news, and I found myself becoming more and more intrigued. Here was a newsroom that was able to expand in the middle of a recession. Here was a station with the staff to produce breaking news and in-depth analysis. There are few newsrooms like that in any broadcast station in the country – public or commercial, radio or TV. After visiting Denver and meeting the very talented staff at CPR, I was sold.