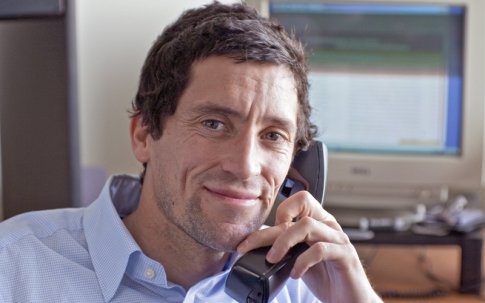 Education: Zachary graduated with a B.A. in History from Lewis and Clark College in Portland, Ore., and from the radio track at the Salt Institute for Documentary Studies in Portland, Maine. Professional background: Zachary began in public radio in 2003 at Sound Portraits Productions in New York, where he worked as a production intern. At the time, Sound Portraits was a tiny production house launching StoryCorps, the national project to record stories of everyday people. That led Zachary to a position as facilitator at StoryCorps, where he assisted people interviewing each other inside a booth in Grand Central Terminal. From there, Zachary went on to help manage StoryCorps’ national tour. While living in New York, he began a side project with a photographer on a series of stories about the families of American military personnel killed in Iraq. This project later became a book, “Never Coming Home,” published by Charta. Zachary’s reporting has been featured on NPR, Slate, Marketplace, MSNBC, MediaStorm and in The New York Times.Awards: Zachary has won awards from National Press Photographers Association, Pictures of the Year International, Colorado Broadcasters Association and Colorado Associated Press Broadcasters Association. He has been awarded reporting fellowships from MediaStorm and the Institute for Journalism and National Resources.
In his own words…Why I became a journalist: I was hooked on the news from an early age. I read the newspaper and watched the five o’clock TV news. Later, as a young adult, I discovered public radio and became a fan. One day, while listening to “This American Life,” I was surprised to hear a high school classmate narrating a story. Hearing her voice made me realize that public radio journalism was an actual career. Right then I decided to give it a shot. Along the way, I’ve been inspired by people like John Burnett, Joe Richman, Scott Carrier and Ian Frazier.Why I got into radio: I adore radio. My love for it began when I was a kid, holed up in my room listening to Denver Nuggets basketball games. Later, when I stumbled upon a shortwave radio, the relationship deepened. The short wave transmissions came from far-away places, and although I didn’t understand a lick, I could still listen for hours. When I began listening to public radio, Dave Isay’s stories like Tossing Away the Keys and Sunshine Hotel moved me to tears and made me care about strangers. Now, as a journalist, I love thinking about how my interviewing, writing and story structure create that connective tissue between the listener and the voices on the radio. The good folks at the Salt Institute for Documentary Studies patiently helped me find my way, and soon I was slogging through a mud flat in Maine trying to describe what it’s like to spend your days digging for worms.How I ended up at CPR: I was working in New York and traveling a lot for StoryCorps. In late 2006 I was looking for a new challenge. Colorado Public Radio’s statewide audience, growing newsroom, and super staff and facilities were a big draw. I was already familiar with the joys of living in Colorado because I grew up in Boulder, but, yes, I’ll always miss New York!