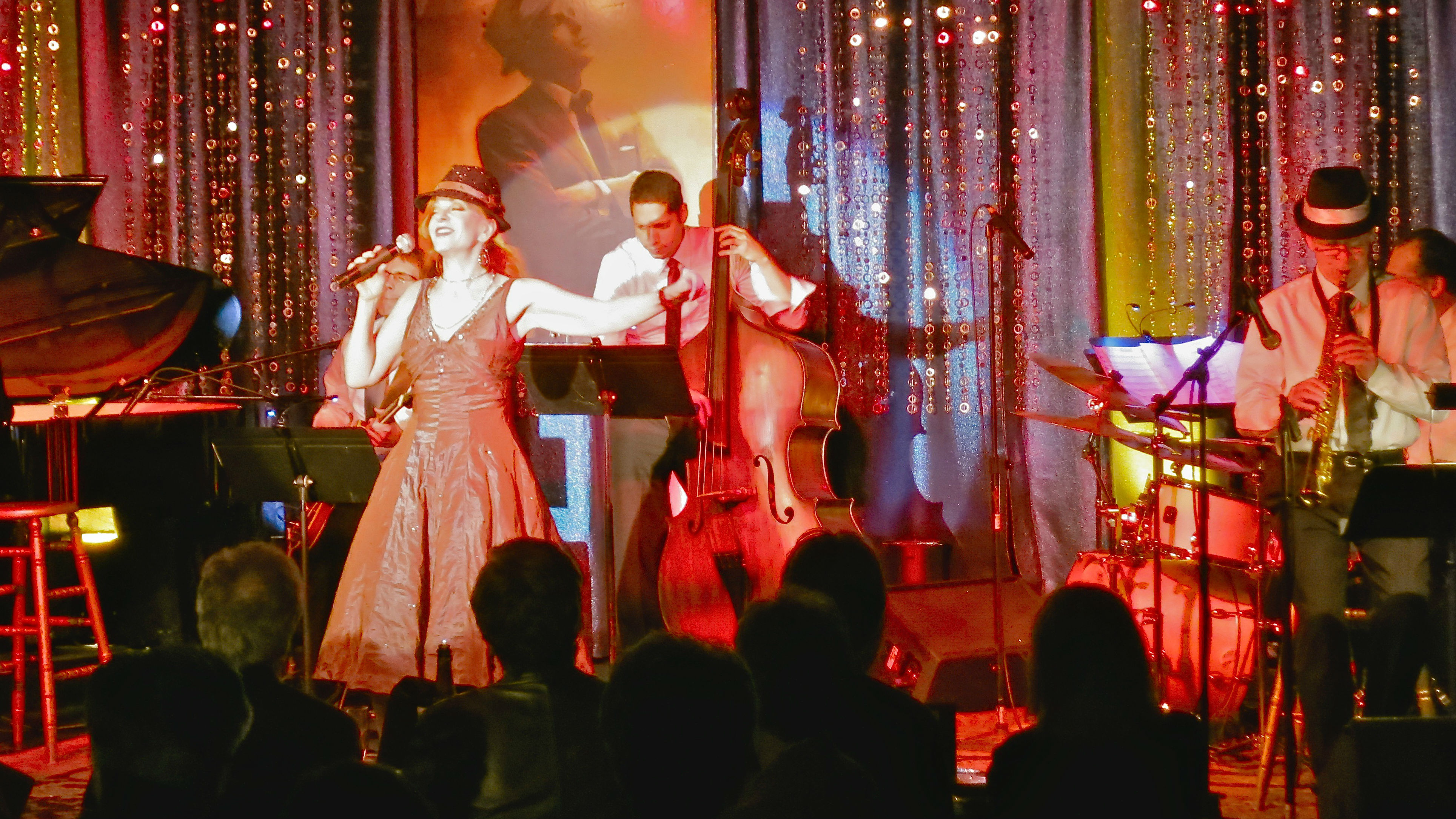 But gender hasn’t stopped Lannie Garrett  from tackling the music of the archetypal crooner Frank Sinatra.

Garrett is a nightclub performer and the founder of Lannie’s Clocktower Cabaret in downtown Denver.

Starting this Saturday night she takes to the stage to sing tunes by Sinatra in her summer show titled “The Chick Sings Frank: A Tribute to Sinatra.”

She may be -- to borrow her term -- a chick singing Sinatra. But Garrett says these songs are more American than they are male.

“I think they’re so universally and so beautifully written,” Garrett says. “That’s why we all identify with them. So whomever is singing them is making them their own.”

In her show, Garrett reflects on Sinatra’s life through his music.

She arranges her set list to tell the crooner’s story and weaves in plenty of audience interaction.

The Denver entertainer sees Sinatra -- and other great nightclub singers like him -- as a great source of personal inspiration.

“I never studied music -- I still can’t read music -- and I never studied singing,” Garrett says. “So I would listen and watch Ella Fitzgerald, Pearl Bailey, all those really old time people. Those were my teachers -- watching them on stage with an audience. And Frank Sinatra was one of the best.”

In anticipation of “The Chick Sings Frank,” which opens at the clocktower cabaret this weekend, Garrett shared one of Sinatra’s jazz standards, “Don’t Get Around Much Anymore,” with CPR's arts bureau.

“The Chick Sings Frank: A Tribute to Sinatra” runs every Saturday night through September 20th at Lannie’s Clocktower Cabaret in Denver. For more information, visit Lannies.com.

How We Cover The News

At CPR News, our mission is to serve all Coloradans, not a partisan sliver. As the election approaches, we wanted to explain more thoroughly what we’re doing to earn your trust every day.