Leonard Bernstein was a legendary conductor who led some of the world’s greatest orchestras. He was a public intellectual who used TV in innovative ways to bring classical music to millions.

And he was a composer who blended genres to create provocative, powerful American music. Bernstein the composer -- creator of the famous melodies in "West Side Story" and the provocative sounds in "Mass" -- is the focus of this special episode of The Great Composers.

Bernstein was born Aug. 25, 1918, and classical music lovers across the world are marking the 100th anniversary of his birth this year. It's a chance to rediscover his most indelible compositions, connect with his lesser-known pieces and appreciate what a singular musical figure he was. 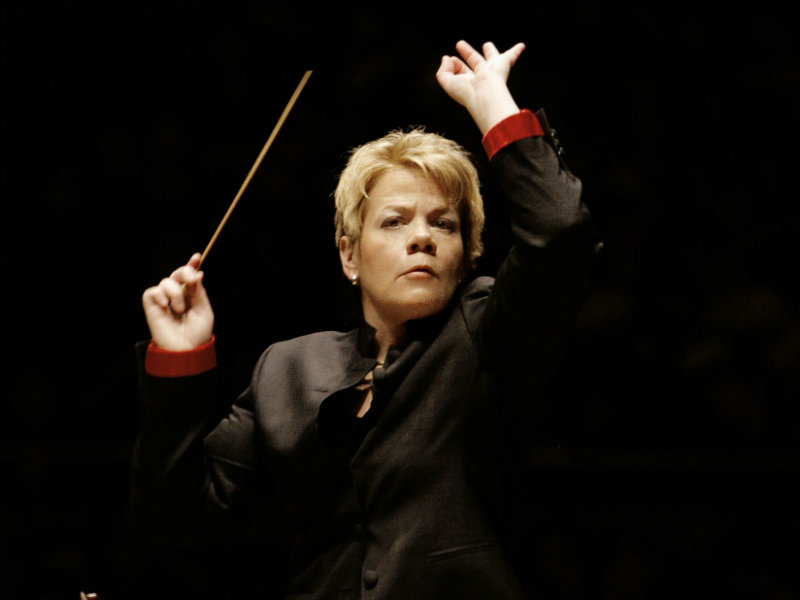 Alsop serves as Music Director of the Baltimore Symphony and Conductor Laureate of the Colorado Symphony. She studied under Bernstein and has conducted and recorded almost everything he wrote for orchestra. She talked about her favorite moments in Bernstein's music and Bernstein's ultimate legacy.

Explore our earlier Great Composers series on the life and music of Mozart and discover other podcasts from CPR Classical: Centennial Sounds, featuring Colorado performances of music by 21st-century composers; and The Beethoven 9, a look at Beethoven's life through his nine symphonies.