Earlier this spring, Adam Brock drove an hour from Westminster to a home outside of Palmer Lake. There, the community activist and urban gardener met with homeowner Sandy Russell.

Russell says she's been at this place for longer than she's lived anywhere else during her adult life because her husband, now retired, served in the military.

Russell's three children all currently serve in the military.

Russell takes pride in being a military family matriarch. A room in her home is dedicated to the photos, memories and even a sword collected during her husband's and childrens' military service. She calls it their "War Room."

Compared to Russell, Brock is a pacifist. The closest connection he has to the military is the knowledge that his grandfather served in WWII. But Brock does understand the sense of togetherness, of contributing to something greater than the individual, that comes with being a member of the military. He hopes to cultivate the same mentality in his work as the founder of a community garden.

Over a meal of Scottish dundee stew made by Russell, the two Coloradans discussed their differences and found those seeds of similarity. 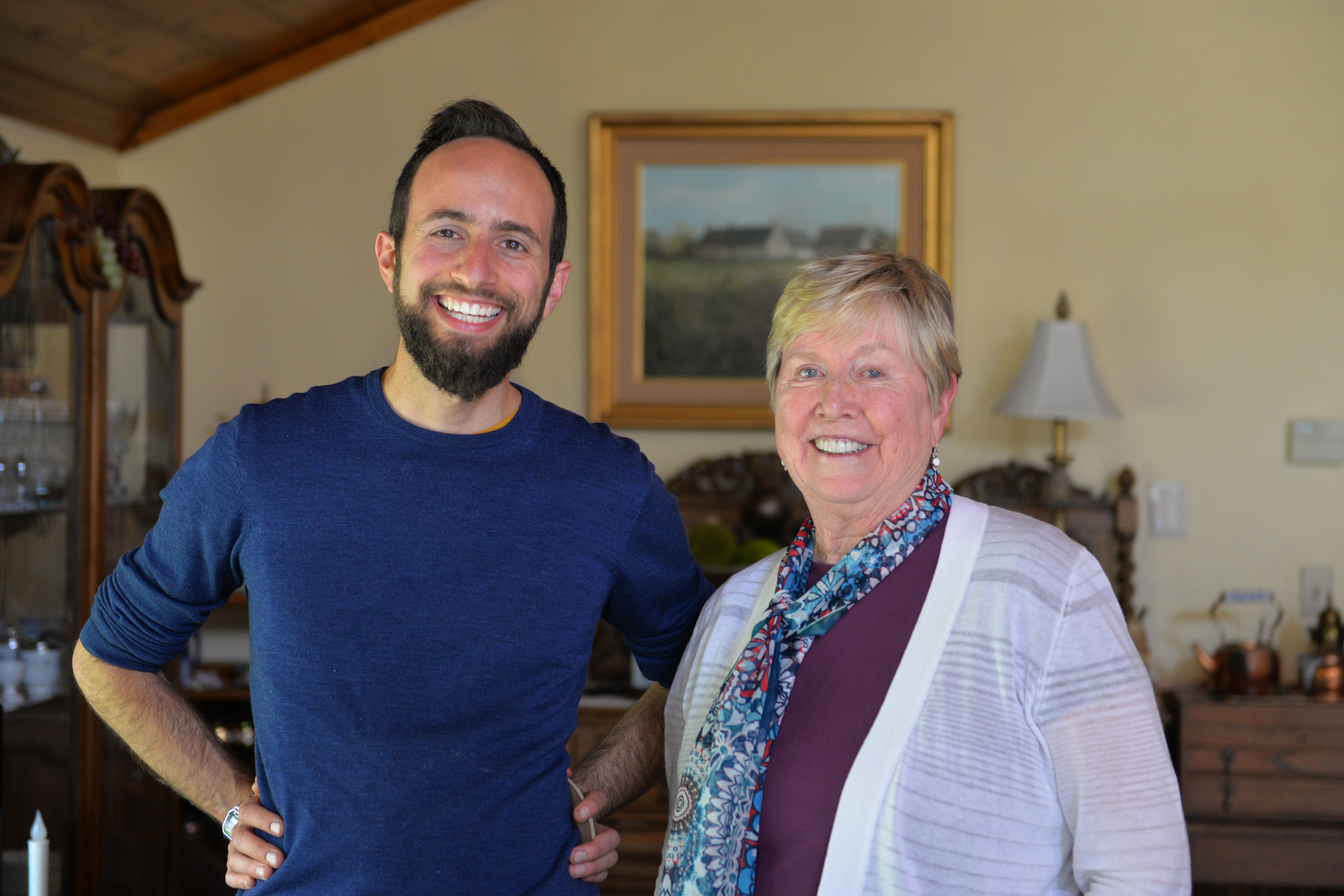 It's not easy, however. The conversation begins with Russell saying she feels "very comfortable," in the current political climate, while Brock says that, "Every time I think it can't get worse, it does."

Brock and Russell also diverge on climate change. She's a green thumb like him, but isn't sure about global warming. She does her best to reduce the amount of waste she throws in the trash, but that's not enough for Brock. He believes that people need to be proactive, restore what's been lost, not just "be less bad."

Brock wonders if more defense spending could go in part to enlisting military reserves in corps projects, such as planting trees or restoring wetlands.

"The military is quite overtaxed and overworked and over-deployed," Russell counters. Her daughter has been deployed five times.

Here, both Russell and Brock acknowledge they're in their own bubbles and sometimes have a hard time seeing other points of view.

"I think (the bubble) prevents us from understanding all sides of the picture. It keeps us in the dark about realities that are necessary to make our society work the way it does," Brock said.

Russell suggests that a mandatory draft, like the one she saw firsthand in Israel, would help "take care of the bubble" and ensure that everyone "has some skin in the game."

Brock doesn't disagree. But he believes there are ways in civilian life to learn that same sense of discipline and selflessness. He sees his involvement in his neighborhood, through activism and the garden, as his contribution to the larger community.

"When you’re a part of that story, it feels very fulfilling, and it feels like a whole worldview, and it feels almost like healing," Brock said.

He invites Russell to come see the GrowHaus, the urban farm he helped create. She accepts -- and recognizes that there are many connections the two share.

As the meal wraps up, there's another area where Brock and Russell find common ground. Both think that peoples' identities are too often defined by their party affiliations and believe that keeps them apart.

"I think those similarities that Sandy and I share, we never have the chance to uncover them, because we've so separated ourselves," Brock said.

"It doesn't appear that we're given a middle of the road opinion, we're either going to be left or we’re going to be right," Russell said. "I'm not all right and I'm not all left."