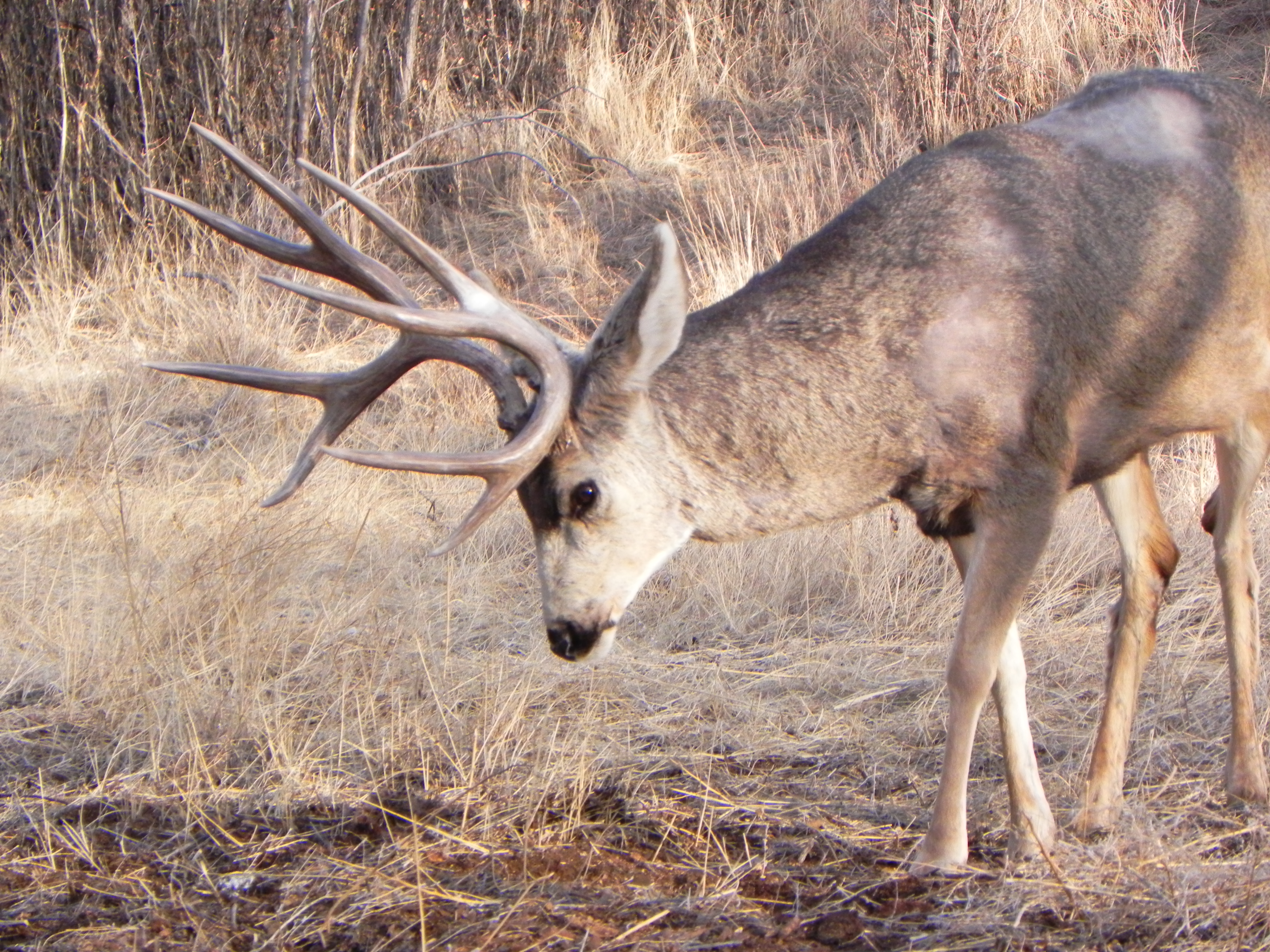 Photo: Courtesy of Colorado Parks and WildlifeThey have white tufts of fur on their chests and noses, a springy step, and big pointy ears. Mule deer are plentiful in Colorado -- one of the nation’s largest herds is in northwestern Colorado. But wildlife officials are concerned about them.

In 2012 the Colorado Parks and Wildlife estimated there were 408,000 mule deer, or muleys, as they're called, statewide. That's well below the goal of 525,000 to 575,000 animals.  Numbers are also down in several other western states. That’s why wildlife officials are pulling back on how many deer hunting licenses they’re issuing this year.

However, natural factors like drought and severe winters tend to push population numbers up and down from year to year. According to wildlife officials, by 1950, deer populations were at an all-time high. Half a century before there had been too few to hunt. Yet, experts believe the current drop is exacerbated by human factors that include increasing residential development, highway expasions, drilling for oil and gas, and vehicle accidents. Additionally, some experts suggest that growing elk populations could also be why deer numbers are declining.
If mule deer populations are declining, it may be an indicator that the overall ecosystem is declining as well, according to Chad Bishop, assistant director for wildlife and natural resources for the CPW.  He adds that hunting mule deer and elk is essential to funding wildlife management in the West because hunting licenses fund habitat conservation. Bishop stresses that state wildlife agencies do not receive tax dollars.
Wildlife officials are working with farmers, ranchers and other landowners, land management agencies, sportsmen’s groups and the oil and gas industry to enhance deer habitat. Techniques include mechanical thinning, prescribed fire, and noxious weed control.
Audio for this story will be available after noon.
CPR thanks our sponsors.Become a sponsor