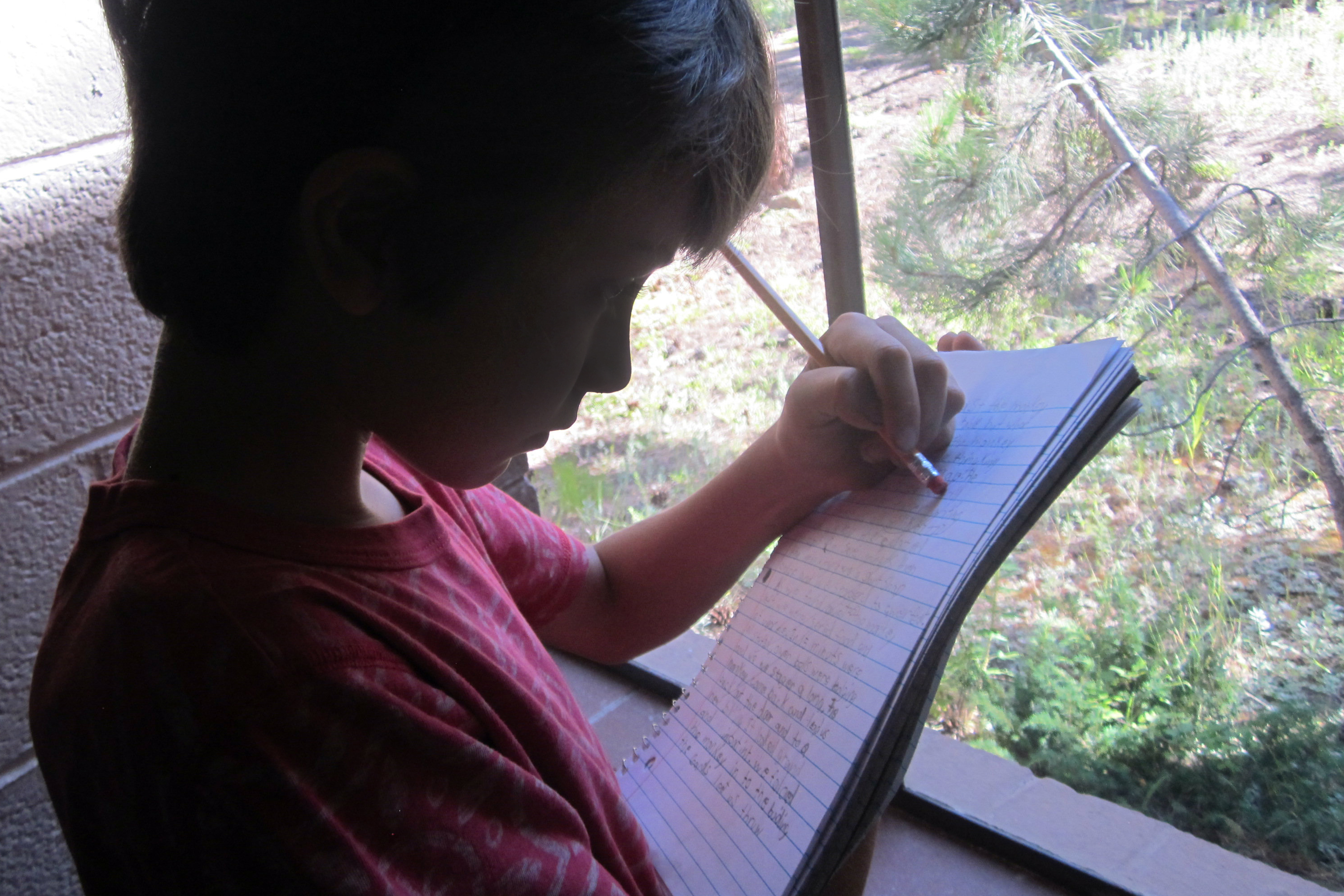 Rachel Dabronyi's last year of middle school was "not good." Once Dabronyi had believed she was a gifted student, and carried dreams of being a teacher.

But then she was failing. Years of struggling in class had worn away at her self-esteem, and eventually her will to live.

"You see, I began to think it would be easier to be dead than it was to be alive. I felt very alone and like something was wrong with me," Dabronyi recalled before the Douglas County School Board. "I began to hurt myself in small ways and if it wasn't for my parents or my support system, it probably would have escalated."

Dabronyi has dyslexia. She was driven to self-harm when she repeatedly didn't receive the type of instruction in school she needed to succeed, even though she was diagnosed in first grade. By the time Dabronyi entered ninth grade, she was reading at a second grade level.

Dabronyi is now a high school student and thriving in a private school, one that her family works extra jobs to afford.

Her story is tragically common for the 108,000 students in Colorado with dyslexia. Few children are getting the services they require to succeed in spite of the neurobiological difference in the brain structure. And the outlook isn't always bright for those who don't receive that support.

The Longer The Waiting Period, The Worse The Outlook

Dyslexia is the leading cause of reading failure and school dropouts. Reading failure is the most commonly shared characteristic of juvenile justice offenders. One Texas study even showed that half of prisoners have dyslexia. About half of third graders in Colorado can't read at grade level, and many are students with dyslexia.

Despite the stakes for students with dyslexia, their fate is often left to the luck of the draw. The lucky few attend a school with a specialist who understands the type of instruction dyslexic children need. The vast majority do not, and go undiagnosed until a parent eventually pays the thousands of dollars for a private screening.

This waiting period can wreak havoc. Early identification is key: one study showed 90 percent of children can eventually be reading on grade level if they get help by first grade. But if they don’t receive assistance until age 9 or later, 75 percent will struggle throughout their entire school careers.

The READ Act passed in 2012 called for more screenings and interventions for reading problems in early grades, but does not identify dyslexia.

Not Enough Educators Teach The Best Way For Dyslexic Students

But even if a child's dyslexia is diagnosed when they're young, they often will not go on to receive the "structured literacy" instruction they need.

All humans are wired to speak, but not to read. Mastering the skill will always be a code to crack. The most-entrenched way to teach reading in schools is called the "whole language approach." This style of instruction immerses kids in book-rich environments and uses pictures and other clues to help kids decipher whole words, and assumes students will learn to read from there.

But the whole language approach does not work for every child, and it can be disastrous for dyslexic students. The structured literacy method is proven to be the most effective for everyone. It depends on explicit and systematic phonics instruction, breaking words and sounds into parts, and learning how to decode in a sequential way.

But instead, what's taught in many Colorado schools is a combination of the two methods, the "balanced reading approach." And it robs students with dyslexia of the positive effects of the structured literacy style.

More Awareness And Activism From Families With Dyslexia

But parents of children with dyslexia are increasingly aware and mobilizing for changes. The concerned families formed a group, Colorado KID, or Colorado Kids Identified with Dyslexia. Many testified this week before the State Board of Education and local school boards, and at legislative committee in August.

Rachel Dabronyi, the dyslexic student who resorted to self harm, was there. So was Wendy Kirkpatrick, a veteran teacher and a mother of a child with late-diagnosis dyslexia.

Kirkpatrick testified that she had learned more about the type of reading instruction that will help her son and students like him in the month after his diagnosis than in all of her teacher training over 17 years.

"Holding a dyslexic child accountable for functional spelling and workload like his peers as much like penalize a child with a physical disability because he doesn't meet the standard for a mile," she said.

Several legislative proposals are being floated, such as requiring dyslexia awareness training for teacher licenses and universal, comprehensive screenings that identify dyslexia.

Some state lawmakers were reluctant to exact statewide control over district issues.

"School boards are responsible for what goes on in their districts. It is not the superintendent, the principal , the teachers ... The school board is the one that oversees all that," Representative Jim Wilson said at the August meeting of the Early Childhood and School Readiness Legislative Commission.

Others were moved by the testimony, and seemingly primed to take action.

"We’ve got chronic academic failure because we're not providing even the screenings," Senator Beth Martinez Humenik said. "And when parents are coming in, shame on these schools and shame on these administrations for telling them, 'We're not going to talk about this.'"