Street protests and neighborhood gatherings have reared up in response to urban redevelopment and gentrification in Denver. But Kyle Zeppelin, who’s behind a string of projects in the city, says he doesn’t fit the stereotype of someone riding roughshod over older neighborhoods.

“We’re in an industry that’s gotten a little bit tainted by a lot of bad practices,” he said. “But first and foremost we’re a part of this community. We are in a unique position in some cases to transform the physical environment and do it in a way that’s more responsible.”

Zeppelin has come out against expanding and lowering Interstate 70 in North Denver because of its impact on the existing community, he’s co-chair of a committee fighting against a Denver bid for the Olympics, and he bucked his own industry by supporting a green roofs ballot initiative.

The 45-year-old collaborates with Mickey Zeppelin, his father, at Zeppelin Development. The company focuses on projects in what they identify as underused or dormant industrial space in Denver’s urban core. Even if you don’t know the name, you many know his hip and flashy buildings generally situated in North Denver. They include The Source, The Source Hotel, which will open in May, and Zeppelin Station, his latest office and food hall in the heart of River North area.

Zeppelin grew up in Denver, and still lives in one of the first projects he developed, TAXI, situated along the South Platte River in RiNO. 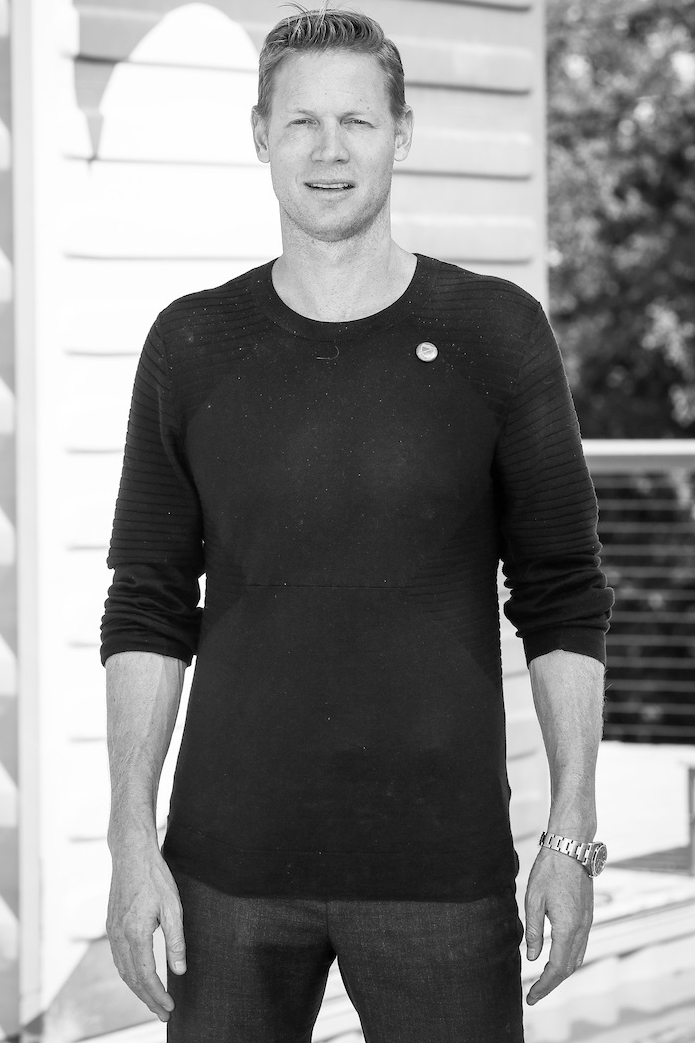 (Courtesy Adam Larkey)“Thousands of people are being displaced, whole blocks are turning white. I went to Manual High School and it was a working class neighborhood with a lot of history and character. Now you go out there and it’s moms out there walking their golden retrievers,” he said.

While there’s not necessarily anything wrong with the changes in his old neighborhood, and elsewhere around the city, he feels there’s been a failure to create complimentary investment, which allows existing residents to remain in their homes.

“Over the last two years, it’s become clear that the community’s greatest need is for affordable housing,” Zeppelin said.

His objective now is to have affordable housing be the primary focus of his company.

To that end, Zeppelin Development has identified dozens of acres ripe for affordable housing projects in North Denver, especially near the National Western complex, which is undergoing major redevelopment. Those proposed projects are stuck though unless the city acts.

“Denver currently holds 200 [or more] acres that they’ve allocated for commercial development, that they can easily pivot out of and focus on affordable housing – we’ve pleaded with them to do that,” Zeppelin said.

He wants the city to take the land it owns, put in deed restrictions, “and spin them off to affordable housing. Developers could translate that into thousands if not tens of thousands of units within the next five years.”

Derek Woodbury at Denver’s Office of Economic Development says the city is very aware of the housing crunch unfolding in Denver.

“Affordable housing — especially the financing for getting affordable projects off the ground and running — it’s a very complicated process,” Woodbury said. “Since 2011, the city has helped create or preserve over 5,000 units across the city. So that’s something to be proud of, but there still plenty of work to be done.”

Woodbury wouldn't’ comment on Zeppelin’s plea for deed restrictions for this story, but in an emailed response, the office of Economic Development says utilizing public land is a viable strategy, with several important considerations.

For one, there isn’t a lot of surplus city-owned land in Denver. In addition, most are owned with other entities like RTD or Denver Public Schools. The city adds that not every available parcel would be appropriate for affordable housing.

Zeppelin's outspoken attitude and persistence with the city has turned him into an unexpected ally of North Denver community organizer Candi CdeBacca, who is typically no fan of Denver Developers.

“I've said many times with gentrification, this is a class issue,” she says.

“He's your non-traditional ally in these battles of gentrification. There is an important intersection with race, but this is a class issue, and I think that Kyle and Mickey understand their privilege as white men who do have wealth,” CdeBacca said. “And they are leveraging it as allies, as accomplices, and that's what white people with privilege should be doing.”

Another unlikely supporter of Zeppelin is the Rev. Timothy Tyler of Shorter AME Church in Denver. He’s fed up seeing parishioners negatively impacted by development and gentrification.

“We're very proud of Kyle Zeppelin and the work that he has done. He's a model for how you can build up a city without tearing down historical communities,” Tyler said. “People who talk against gentrification are against developing and creating new resources in our communities, and that's not it at all.”

Zeppelin has been recognized for his work by Shorter AME, and hopes he can continue to be embraced by his community.

“You know, that was vindication for a lot of the things we're doing that make sense.”

How We Cover The News

At CPR News, our mission is to serve all Coloradans, not a partisan sliver. As the election approaches, we wanted to explain more thoroughly what we’re doing to earn your trust every day.