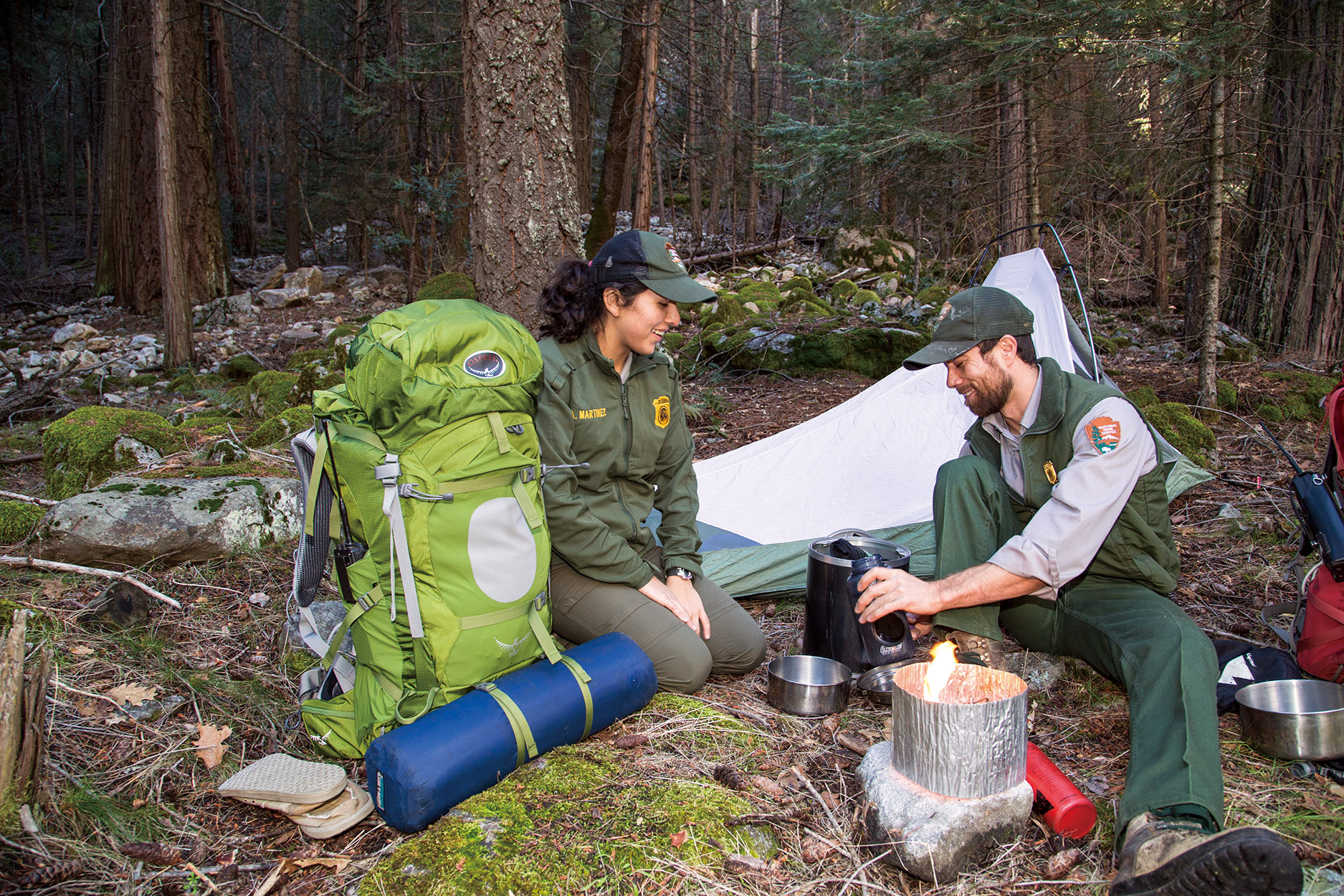 (Photo: Courtesy of Bob Zwick)An updated version of the "Wilderness Ranger Cookbook" was just released in honor of the 50th anniversary of the Wilderness Act on September 3, 2014. Almost every dish can be whipped up on a one-burner stove in a matter of minutes.

The book, co-authored by Valerie Wigglesworth and wilderness ranger Ralph Swain, is a compilation of recipes from wilderness experts from all over the country. Finish a long day with cowboy mac and boy scout ice cream (recipes below).

Makes 8 to 10 Servings
"I first prepared Cowboy Mac at White River Pass in the Bob Marshall Wilderness. The meal was filling, but the view of a feature known as the Chinese Wall inspired a lifetime commitment to preserving the open spaces that contain the wild places that we all call wilderness."
-- Carol Treadwell
INGREDIENTS:
Water, enough to boil 2 to 3 pounds of pasta
1 onion
2 green peppers
1 red pepper
2 zuccini
1 summer squash
2 to 3 pounds bowtie pasta
1 to 2 cans black beans
3 tablesppons oil or butter
8 ounces shredded cheese, any variety
1 small container Parmesan
2 7-ounce packages tuna
Boil water for the pasta. Chop up the onion, green peppers, red pepper, zuccini, and summer squash and lightly stir-fry. Prepare the pasta as directed on the package, then drain the pasta, leaving a small amount of water in the pot. Add the  veggies, black beans and 3 tablespoons oil or butter. Heat on low for 3 to 5 minutes. Add the shredded cheese and Parmesan. Cover and let sit for 2 to 3 minutes so cheese will melt. Serve with tuna on the side, or mix tuna into the pot (if everyone loves tuna.)

Makes enough to feed a small troop
INGREDIENTS:
Fresh snow
1 can sweetened condensed milk (Eagle Brand preferred)
1 can fruit pie filling (cherry and blueberry are my favorites)
Start by placing about 2 quarts of clean snow in a 4-quart or larger bowl. Pour in half of the milk. Mix the snow and milk together with a spoon (a wooden spoon works best) until the mixture has the consistency of ice cream. Adjust the mixture by adding either milk or snow or both as needed. When the mixture is right, pour in the fruit. If things look a little runny, set the entire mixture outside the tent in subzero temperatures. Eat as soon as possible.
HINT: This recipe is best in winter. Summer snow is usually too coarse and dirty to make ice cream.
CPR thanks our sponsors.Become a sponsor