Scott Croushore of Denver is used to looking for work; as a technology consultant, his jobs can be relatively short term. But as he reached his late 40s, he noticed it was taking longer and longer to find the next gig. The last time, he sent out over a hundred resumes, more than four times what it used to take. He started to wonder if the problem was his age. So he slashed 13 years of experience off his resume. "It helped," he says.

Croushore is not alone in his suspicion that his age plays against him. A study by AARP shows that approximately two-thirds of workers aged 45-74 say they have seen or experienced age discrimination in the workplace.

Denver filmmaker and writer Nancy Fingerhood says her own difficulties finding a job later in life inspired her and her husband to start a social media campaign, "I, Too, Am Qualified." They ask older workers to share their experiences, and take their pictures, in order to show people that they aren't alone.

Still, statistics showing the extent of age discrimination are hard to find. The number of cases filed in Colorado at the EEOC has dropped in recent years, from 659 in 2009, to 515 in 2016. And the state sees lower unemployment rates for older worker than for younger groups. But Fingerhood says that only illustrates the underground nature of the problem, and points to a recent report that Facebook allowed employers to target job advertisements only at younger workers. 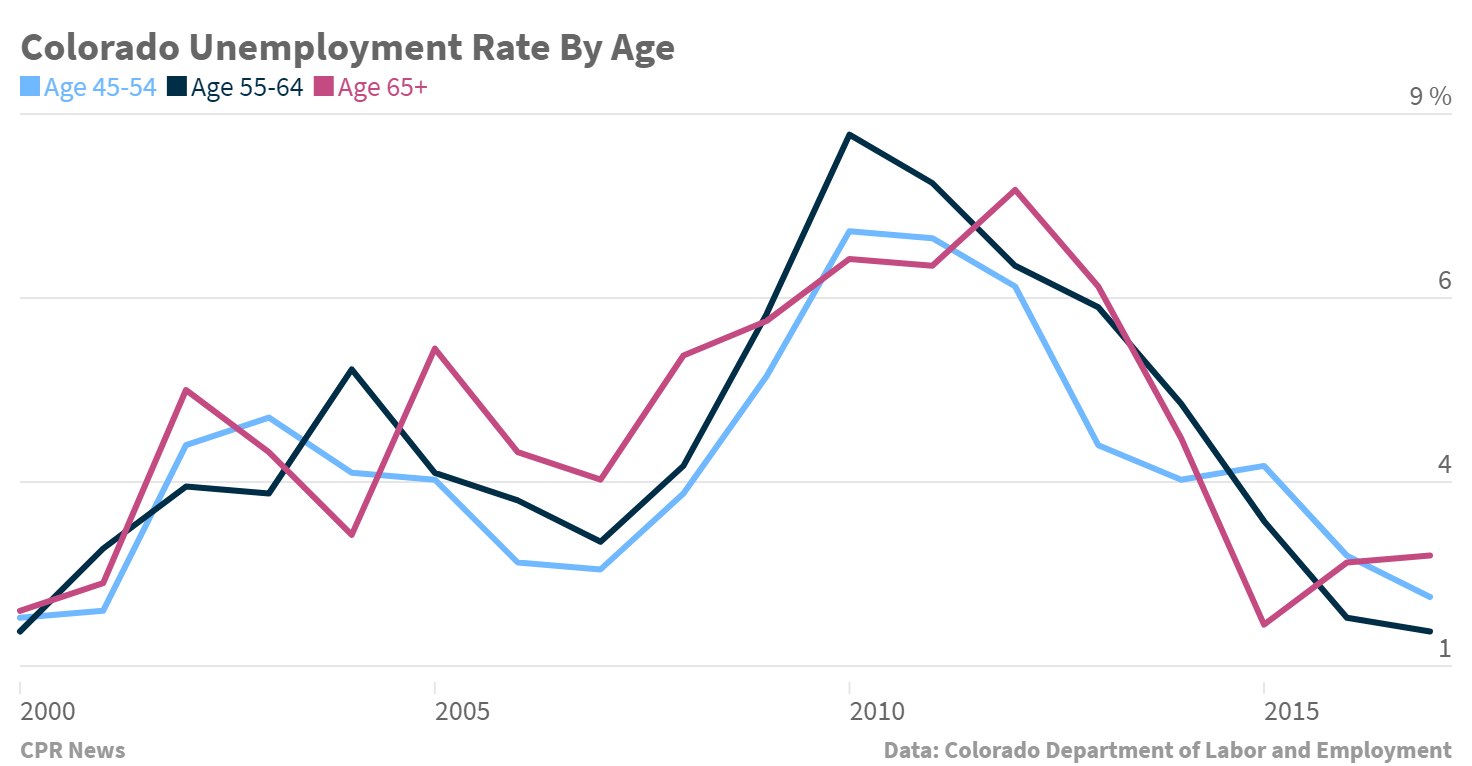