For the first time, unaffiliated voters — the largest bloc in the state — can participate in the June primaries after voters approved the new model in 2016.

Unaffiliated voters in Colorado can expect a special delivery ahead of the primary election: Two ballots will land in their mailboxes, one Democrat and one Republican. Unaffiliated voters need to choose just one of those ballots to complete and return. In doing so they won't have to join a party.

But there’s a catch. Whichever ballot an unaffiliated voter chooses, Democrat or Republican, will be public information. Political scientist and director of the Center on American Politics at the University of Denver Seth Masket believes political parties and campaigns will use the ballot information to conduct outreach and research on unaffiliated voters.

Here's What You Need To Know

What happens when an unaffiliated voter chooses one of the ballots and votes in a party primary? Do they lose their unaffiliated status?

No. But, which primary you vote in (although not for whom you voted) is considered a public record. If you're unaffiliated and vote in the Democratic primary, you remain unaffiliated, but the parties and other people can determine that you voted in their primary.

Who can get this data? In other words, can anyone find out which unaffiliated voters voted in which primaries?

Sure. So lists of registered voters (or unaffiliated who vote in primaries) can be obtained from the Secretary of State's office. There's a form on-line for requesting the data, and it requires a modest fee. It's typical for campaigns and parties to purchase this data. 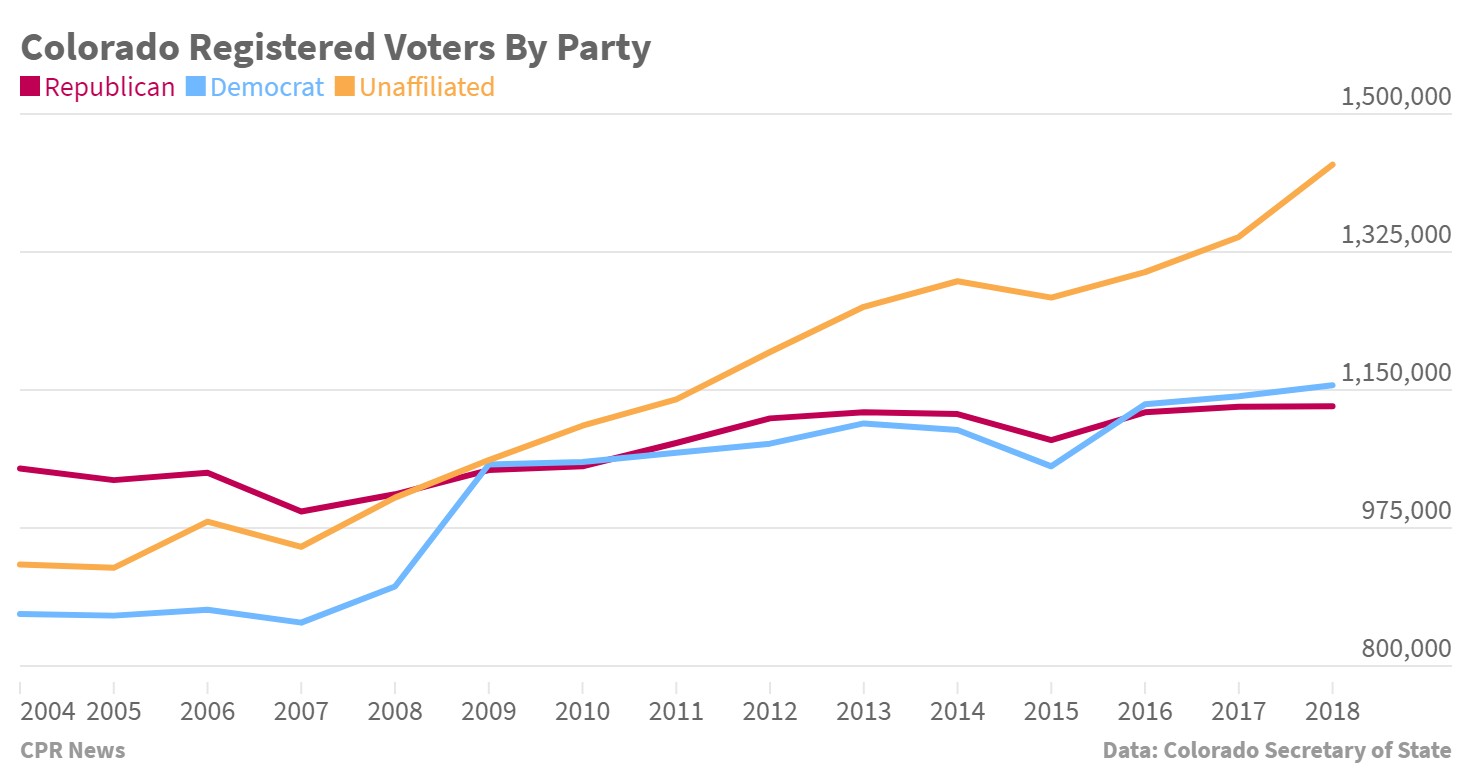 How was this part of the law formed?

Legislators argued a good deal over this. Some wanted that provision in there as an accountability measure, since you really need to know who participated in an election to know whether the election was legitimate and conducted fairly. Others were concerned that if you're revealing which contest you participated in, you're basically affiliating with that party. Originally, participation was de facto registration, and you'd keep getting that party's ballots in future primaries. Through a legislative compromise, that won't happen.

Why would the political parties want this information? What could they do with it?

It could certainly be used for outreach. Campaigns might figure that you're more sympathetic to a party if you've voted in their primary. It's also used for research so that we know about things like voter turnout percentages.

Is there any way an unaffiliated voter can keep their information private and still vote in the primaries?

To my knowledge, there is not.

Is this just a more efficient — cost effective way — for parties to gather information on potential converts?

I'm not fully sure of the answer to the second question. My understanding would be that parties still have to pay for this information if they want it. But just knowing which party someone chose for a primary doesn't necessarily tell you all that much about them or whether they'll vote with that party in a general election. They might actually be voting in the primary for the party they don't like to try to pick a bad nominee. Or they just might find that contest more interesting.