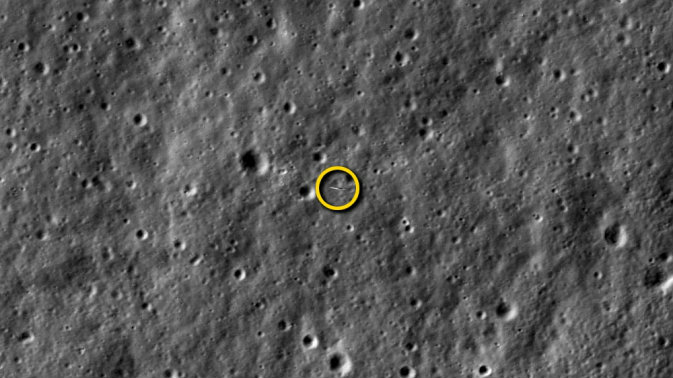 (Photo: Courtesy of NASA)A NASA spacecraft made a planned crash into the far side of the moon on Friday, bringing an end to a University of Colorado (CU) study into the causes of the low-lying dust cloud that envelops the moon’s surface.

The CU experiment, which was aboard Nasa’s Lunar Atmosphere and Dust Environment Explorer, or “LADEE,” found that dust clouds on the moon are partly the result of small collisions with tiny, high-speed interplanetary meteoroids.